Home Lifestyle, Winter 2022When Cultural Appreciation Becomes Appropriation — and How to Avoid It

When Cultural Appreciation Becomes Appropriation — and How to Avoid It 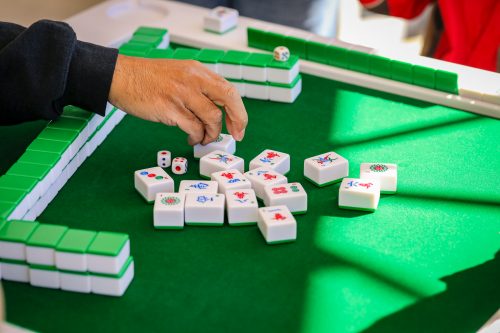 Cultural appropriation is when something is taken — usually from oppressed or marginalized communities — and recreated without properly acknowledging its origins and history. No, it isn’t like when the Italians discovered Chinese noodles and created spaghetti. It’s more like when a White-owned company takes an established, centuries-old game like mahjong and decides it needs to be marketed towards “stylish masses.” It’s also akin to when a non-Chinese restaurateur opens Lucky Lee’s, a restaurant promising “clean” Chinese fare that isn’t “too oily,” leaving you feeling “icky.”

There is a fine line between appropriation and appreciation. It is entirely possible to create something new with borrowed or inspired elements without harming or disrespecting another culture. That line is often crossed unintentionally, with offenders later stating they never meant to hurt our communities and didn’t realize that they were. One example of unintentional appropriation is the fox eye trend that gained popularity in 2020. Celebrities like Emma Chamberlain and Kendall Jenner wore eye makeup that made their eyes appear almond-shaped and pulled upwards at the end. Suddenly, it was “in” to have slanted eyes.

For us, it is simply the way we look. For them, it’s a fad, a trend. It’s especially hurtful considering almost every single Asian American has been bullied over the shape of their eyes. When we see YouTube tutorials on how to create that perfect upward slant, we remember being called “chinky” and being asked if we can even see through our eyes. Those same girls who had pulled their eyes up in the corners with their fingers to mock us were now trying to look like us.

In other instances, some companies seek to profit off our cultural capital, without thinking to include or even consult someone from the culture they’re appropriating from. The Dallas-based company The Mahjong Line charges $425 for their “refreshed” sets, after deeming the tiles in the game “all the same.”

Whipped Drinks, an at-home “whipped” coffee kit, sparked outrage when they launched an exact replica of the popular dalgona coffee, yet made no reference to its origins whatsoever. In fact, a previous description on its website read that the product was made when Katie Angel, its founder, “improvised with instant coffee” during the pandemic. Dalgona coffee, you’ll remember, went viral in the early days of quarantine in the U.S. after South Korean actor Jung Il-woo popularized it in a mukbang, leading to many trending TikTok videos. After facing backlash, the company apologized and revised the website to read, “[Angel] fell in love with the viral whipped coffee trend, also known as dalgona coffee, that originated in South Korea and gets its name from a popular street toffee. She spent months perfecting her version of the perfect way to make the drink easily at home.”

This is far more common than you’d think. A self-proclaimed “Queen of Congee,” Karen Taylor, claimed to make congee more palatable for Westerners and less “foreign.” Her company, Breakfast Cure, offers iterations of congee with flavors like “Om Berry” and “Pineapple Paradise.” Congee is pretty customizable — you can put anything in it from century eggs, chicken, pork floss, or sausage. But whether you call it congee, juk, or porridge, fruit does not belong in it, with the exception of goji berries. Since being accused of whitewashing the dish and “Columbusing” Asian congee, Taylor’s site has since been edited to say the product is “congee-inspired,” rather than a “modernized” version.

Although all the above companies apologized for their insensitivity, changed some language and vowed to do better, they all still continue to operate and profit off their respective products. If they truly wanted to do better, they would have hired a POC to consult, or pulled the plug on the product altogether.

When these companies continue to operate under the guise of “reinventing” or “refreshing” well-established cultural cornerstones like congee or mahjong, they’re sending forth the message that it isn’t good enough as is. This rhetoric reinforces the message that Asian products (and therefore its people) are less clean, less relevant, or just not good enough. It further drowns out our collective histories and experiences and amplifies their own. In the case of Whipped Drinks, they steal credit for the creation of the product altogether, completely erasing its previous history.

For those who have been paying attention, this isn’t new. Nor is it specific to Asian culture. It happens just as often, if not more, to Black, brown, and indigenous cultures. Victoria’s Secret sparked anger when Karlie Kloss donned a sacred Native American headdress along with a fringed bikini at a fashion show. Celebrities like Justin Bieber and Kim Kardashian have faced backlash for wearing cornrows and dreadlocks, Miley Cyrus was criticized for twerking, and Awkwafina has been called out for her use of speaking and rapping in Black vernacular, or “Blaccent.”

It isn’t impossible to coexist and borrow from others’ cultures in a respectful way. The problem is when proper credit is foregone and there’s a failure to acknowledge its origins. If you’re a non-POC and you’re not sure whether you’re appropriating or appreciating, just ask. Do the one thing that none of these other companies or offenders has done — ask or consult an actual POC to see what they think. If they’re offended by it, there’s a good chance you’re appropriating.

Non-POC-owned companies do not deserve to continue to profit from appropriating culture that isn’t theirs. Until these companies do better, check the “About Us” page to see if you can find any more information about the product and business. If in doubt, some good places to shop online are Weee! and AsianMart, both of which are Asian-owned stores that will deliver Asian produce, snacks, and other household goods right to your door.

As Nicki Minaj said in response to Miley’s twerking incident, “If you want to enjoy our culture and our lifestyle, bond with us, dance with us, have fun with us, twerk with us, rap with us, then you should also want to know what affects us, what is bothering us, what we feel is unfair to us. You shouldn’t not want to know that.’’ 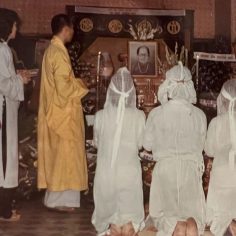 Funeral Rites and My Understanding of Death

In Vietnamese culture, death is never the end of love and remembrance. One writer explores how her tradition... 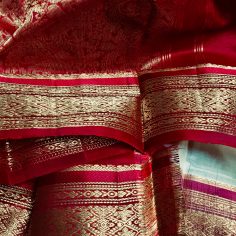 Saree Styling: An Artistic Expression of Indian Heritage and Culture

Sarees represent the beauty and richness of Indian heritage and culture. With the variety in styling options,...