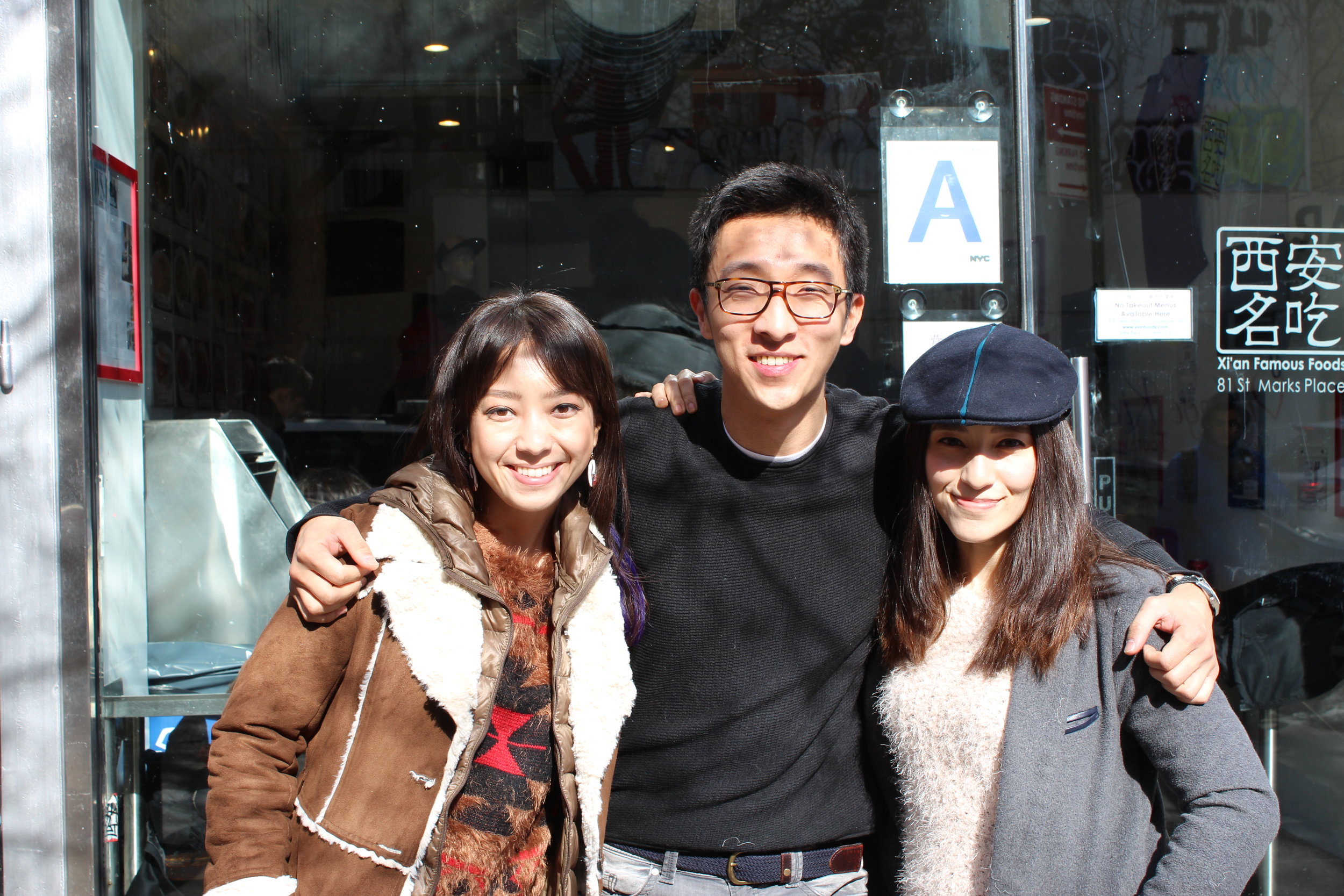 This Saturday, Asian American stars from around the world—including MC Jin, Wanting Qu, Clara C, and Lara and Esther Veronin—will hit the stage in New York City at the first-ever Lunar New Year Festival concert. We recently caught up with Xi’an Famous Foods, who’s organized the concert, and joined Lara and Esther, who were on a food tour there, to get the scoop.
The first thing to know beyond the standout names at the concert is that the night (in partnership with Taiwanese American Professionals New York) benefits APEX for Youth, with net proceeds going toward raising awareness for education for Asian American underprivileged youth. But how did a growing restaurant empire find these partners?

“When you run a business, after a while, you want to do something else,” says Jason Wang, XFF’s CEO. He had always been active in the Asian American community—but wanted to find a way to formally work together with other organizations in a meaningful way. He liked that APEX looks beyond the model minority myth. “Asian American kids don’t necessarily always do well in school,” he points out. “It’s important to acknowledge everyone [of need] from different backgrounds.”

To focus on the positive, Wang wanted to raise awareness by celebration. And what better time to do that then the Lunar New Year? 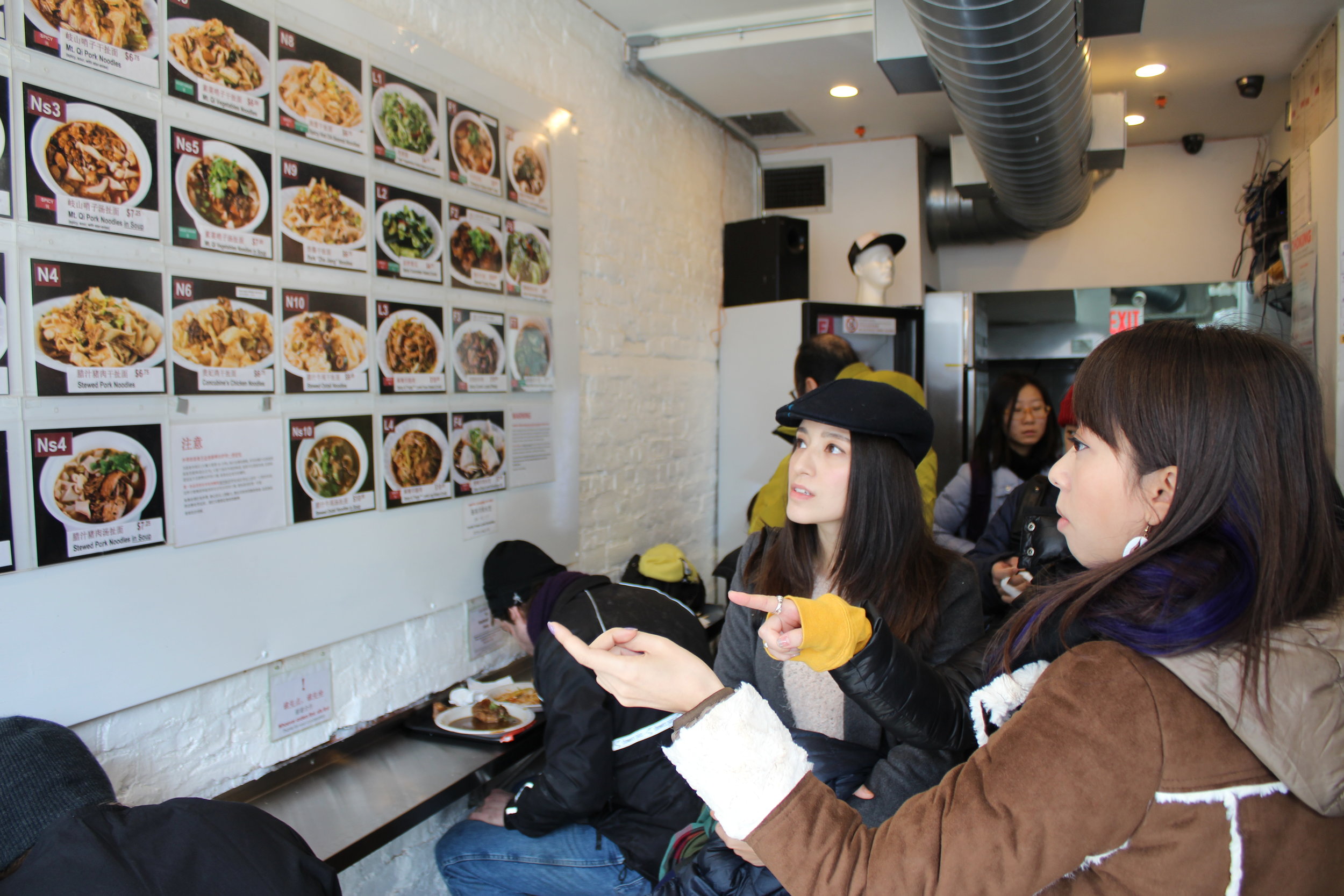 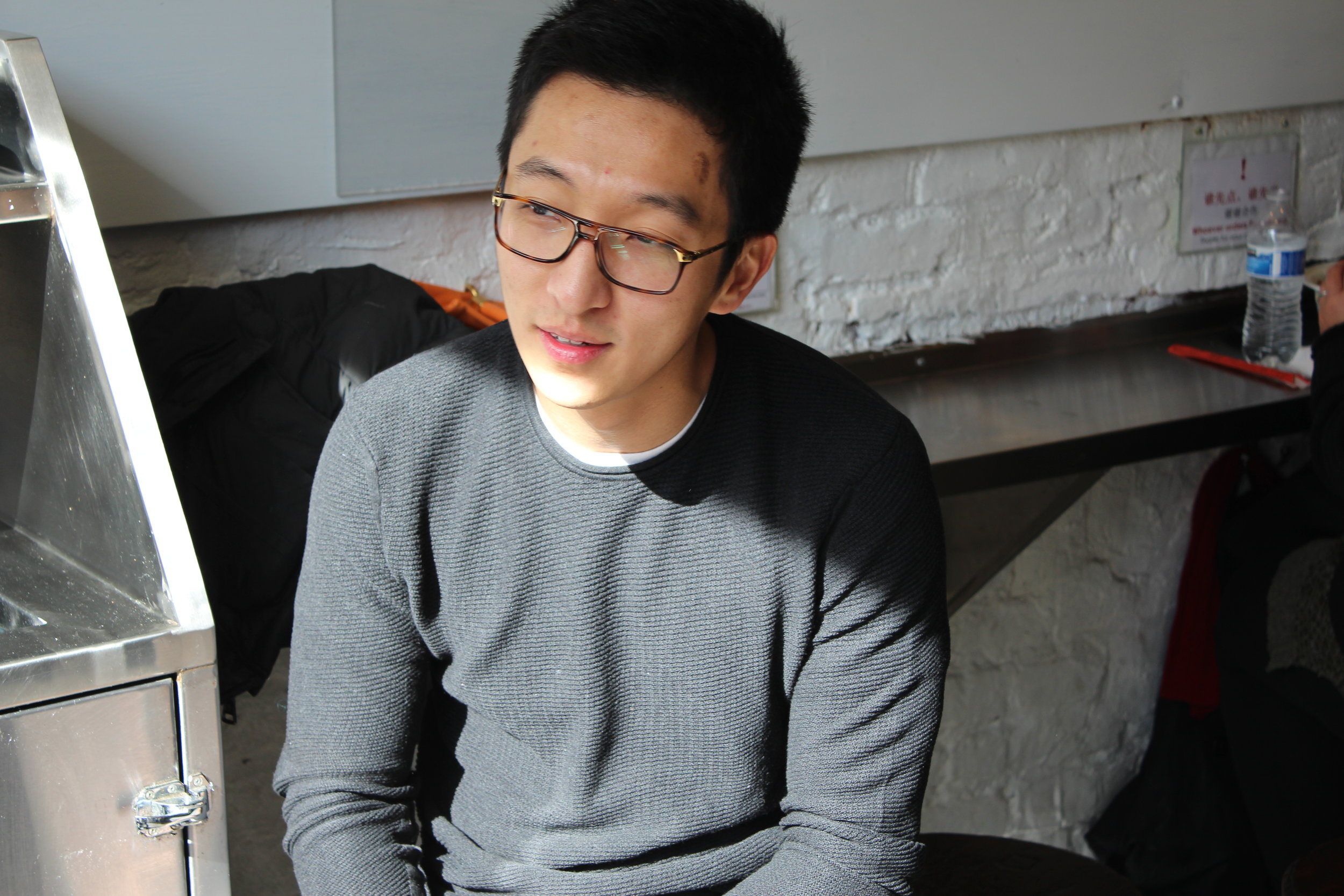 As the Veronin sisters come from Taiwan, traveling the furthest than any of the other artists, Wang wanted to treat them to Xi’an Famous Foods in the St. Mark’s location. For everyone who’s not in NYC to have a bite for themselves here, let our photos and the sisters reviews here give you a taste:

The first dishes Wang introduced were the Spicy and Sour Lamb Dumplings and the Lamb Pao Mo Soup—the latter being both sisters’ favorite dish. 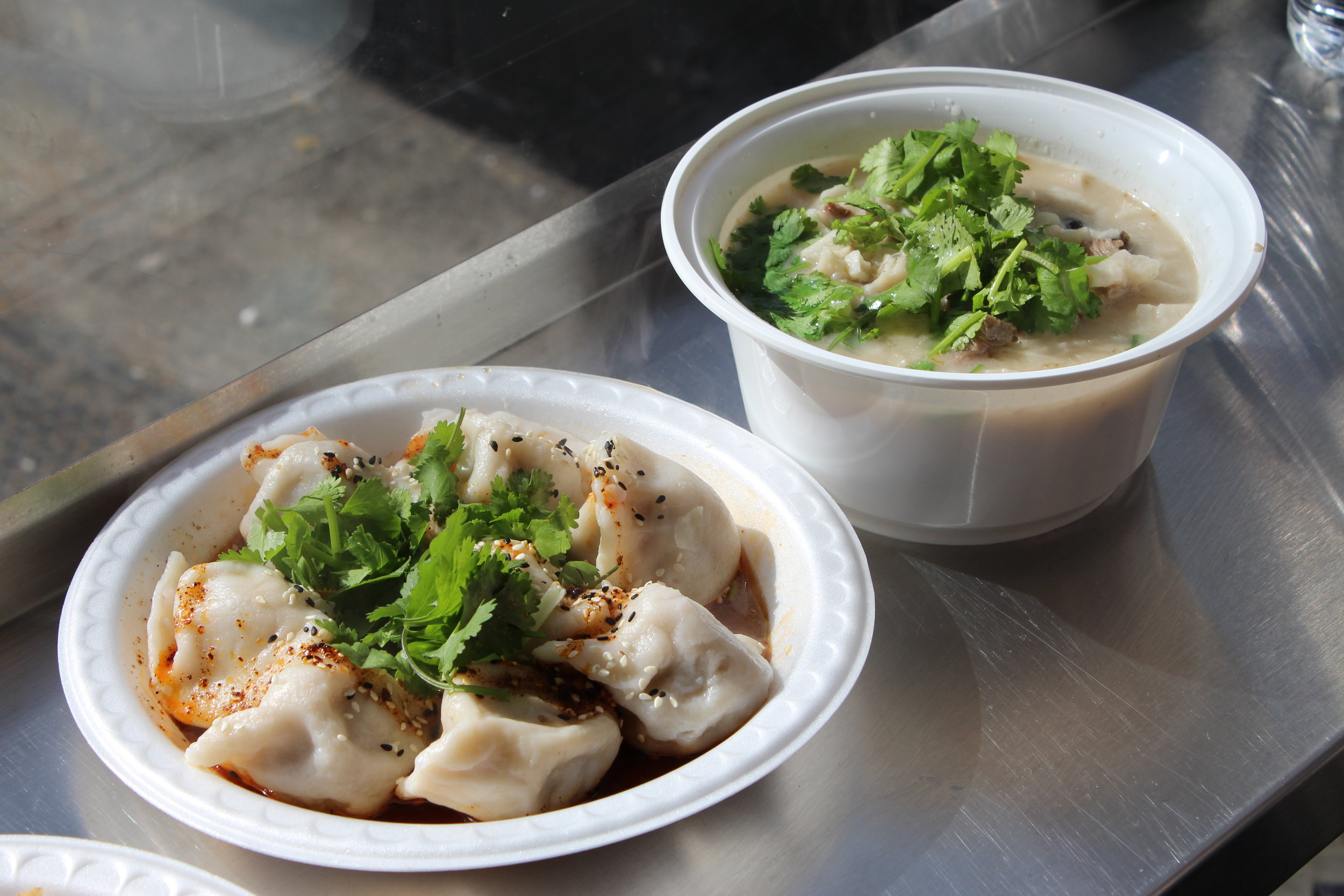 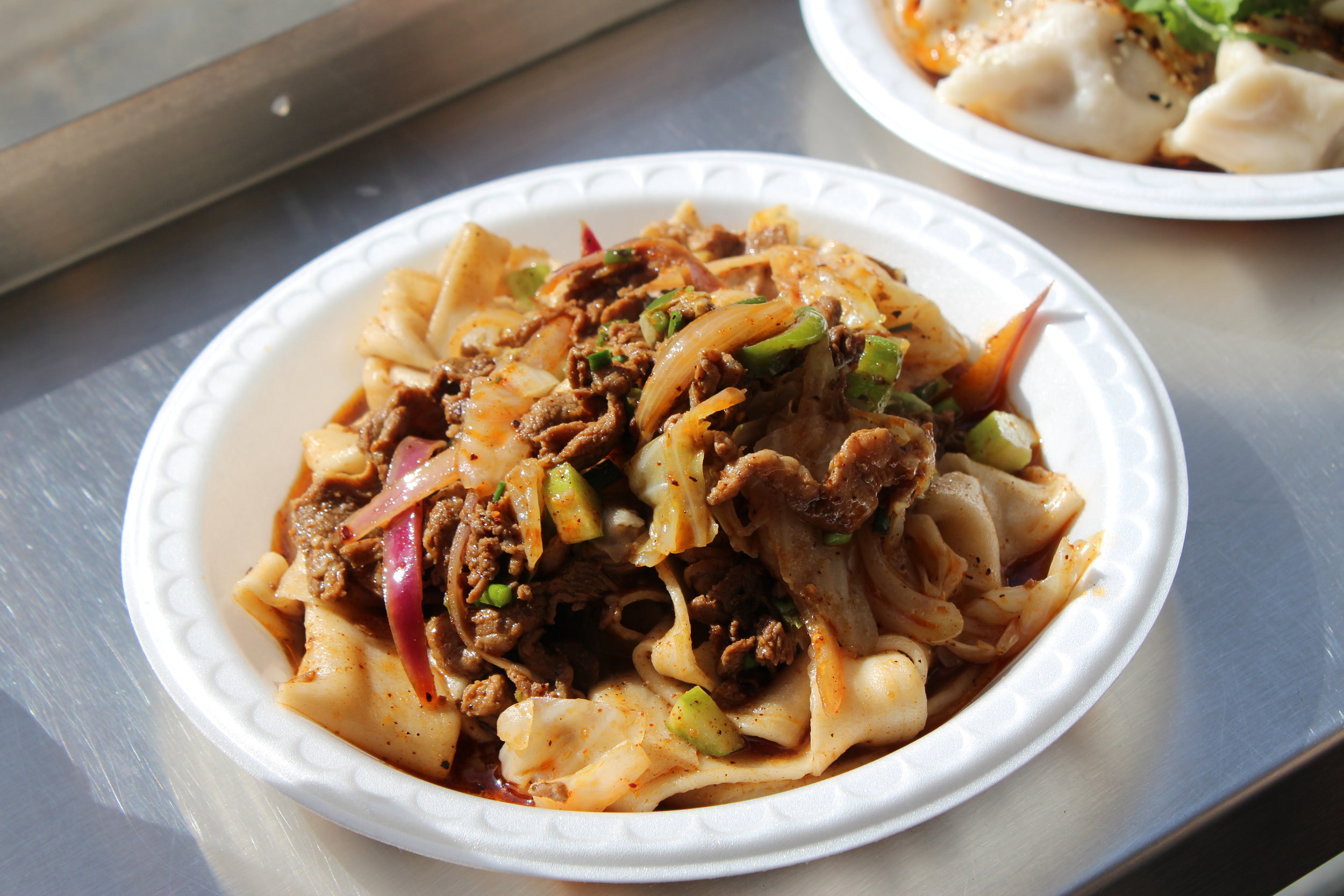 Lara: “The soup is delicious!”

Esther: “This is good for winter, because it’s rich and nourishing.”

Lara: “I really like the lamb [in the dumplings], it’s mixed really well.”

Lara: “I like the blend of sour, spicy and savory. I think lamb is usually a heavy food, but it’s not greasy, like a lot of Chinese food.”

As we tucked in, we also learned more about the Veronin sisters’ media company, Meimei Wawa Multimedia. Lara, who was formerly in the Taiwanese pop band Nan Quan Mama, joined her sister in 2013 to form the company, focusing on the life and experiences of Asian Americans living in Asia.

Want to see the stars in action? It’s not too late. Tickets start at $50, including access to the afterparty, and can be purchased online.

But wait, there’s more—Lara, Esther, and Jason have a special message for the readers: