Home EntertainmentFresh Off the Boat Episodes 3 & 4 Recap: Family Matters, Regardless of Race 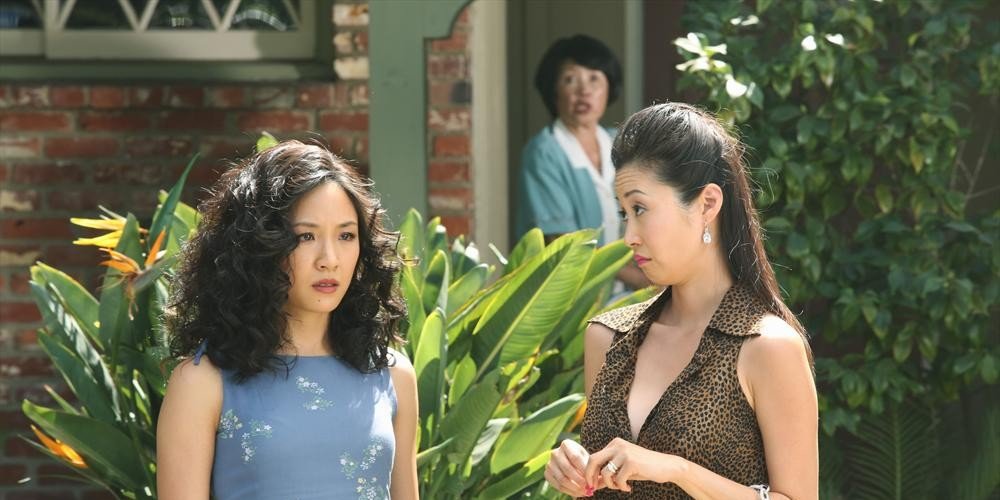 Episodes 3 and 4 of Fresh Off the Boat offer a change of pace. Race is noticeably less touched upon than it was in the premiere, but there are still jokes. Stinky tofu is featured prominently in episode 3, “The Shunning,” where Jessica Huang (Constance Wu) makes it repeatedly for social gatherings, only to have it rejected (and then, in an act of true friendship, eaten by Honey). One of the white stay-at-home moms innocently explains Jessica’s equally proportioned cake-cutting skills with communism. It’s made even funnier by the fact that Taiwan is a democratic state. And in episode 4, “Success Perm,” Jessica’s mother is a classic example of the penny-pinching Chinese grandma. The episode’s title itself references how, for Asians, “curls are like dollar signs,” at least for Eddie Huang and his family

But these two episodes are less about race and more about the Huangs’ struggle to fit in, period. They face forces from outside (searching for support at a neighborhood block party) and within (Jessica’s sister and brother-in-law come to visit and to judge every single thing in their lives.) Eddie’s personal story seems to fade into the background as well, adding more humor than anything else.

Notably, however, episode 3 offers us Fresh Off the Boat’s first sympathetic white character: a woman named Honey (Chelsea Crisp), one of the Huangs’ next-door neighbors who eventually becomes Jessica’s best friend. Unlike other white characters on the show so far, Honey isn’t made the butt of any jokes; on the contrary, she’s ostracized by the other women in the neighborhood due to the nature of her marriage. Her struggle to be seen as more than just a mistress-turned-wife is exaggerated and made laughable by Eddie’s determination to get her as his own “trophy girlfriend.”

Constance Wu continues to steal the show with her hilarious delivery and, more importantly, her touchingly vulnerability. From struggling to find friends in Stepford-like Orlando to dealing with her snotty sister, Jessica’s emotional arc is a pleasure to watch.

Also, can we just talk about what an amazing voice Wu has? Seriously. Her rendition of “I Will Always Love You” in episode 3 was on point.