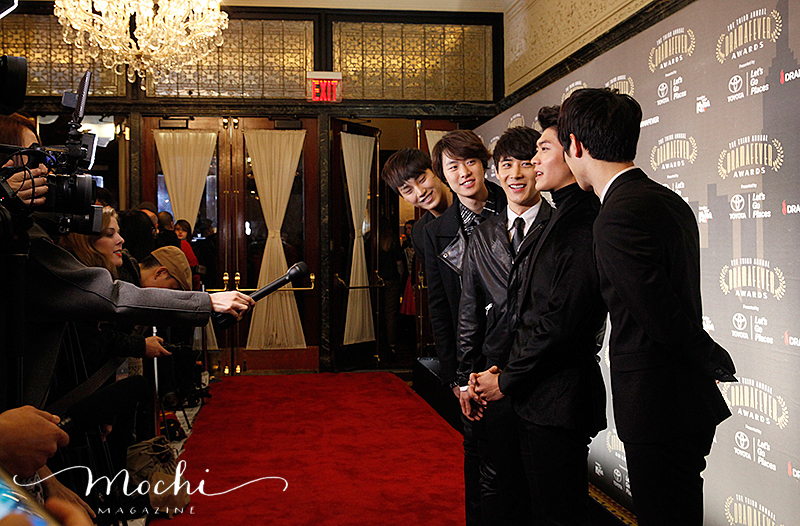 Last Thursday marked the third annual DramaFever Awards in New York City, where the best in international TV and film were celebrated and many of the hottest Asian and Asian American stars were in attendance.  Mochi had the opportunity to chat with many of these A-listers on the red carpet—many of whom had special messages for our readers, including actor and co-host George Hu, Korean actor-idol group 5urprise, and Running Man’s Kim Jong Kook. Fresh Off the Boat star Hudson Yang made a surprise appearance on the red carpet and answered our questions about his newfound popularity.
Watch the video to see our favorite moments from the star-studded event.