What Can Kim Jong Il’s Death Do For North Korea? 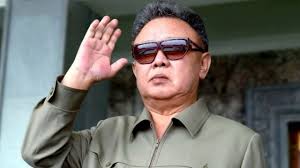 It’s been two weeks since Kim Jong Il died and a week since his fiasco funeral, but questions about what kind of man he truly was still remains. Like any rogue state, there is no way of knowing what really goes on in North Korea. A cultish nation driven by unrelenting admiration and devotion for their “Dear Leader” is all we know of North Korean culture. Unlike their southern neighbors, there aren’t any North Korean pop stars, models, or actors; we don’t know what kind of music they listen to, the clothes they wear, or the books they read. Much less, we can’t quite pinpoint North Korea’s nuclear activities, but their crying fits, hysterical weeping, and overwhelming grief were heard around the world the day of Kim Jong Il’s funeral. So what does Kim Jong Il’s death mean for North Korea? Well, it doesn’t necessarily mean that things will get better for the lives of North Koreans, that relations will improve other Asian countries and the West, or that even Kim Jong Il’s son and successor Kim Jong Un will rule with a lighter iron fist. Kim Jong Un, who is in his late twenties, is inexperienced in dealing with the country’s economic hardship, international relations (or lack thereof), and food shortages. But North Korea has already glorified him, naming him the “Supreme Commander.” Just last year, he was made into a four-star general and vice chairman of the National Defense Commission of the Workers’ Party. Share some of your thoughts on Kim Jong Il’s death and what you think the future holds for North Korea.