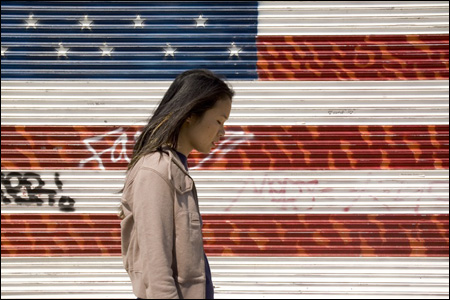 It’s been almost two weeks now since Obama was sworn in for his second term as president of the United States. During his inaugural speech–gathered before millions of men and women–he highlighted several goals his administration would make a priority over the next four years–one of them being equal pay for women. According to the American Civil Liberties Union, women earn only 77 cents for every dollar men make. And this rings true for Asian American women too. About 12.1 percent of Asian American women experienced higher poverty rates than white, non-Hispanic men; the highest poverty rates come from women-headed families with children.
As more women become breadwinners for their families, it’s interesting to see men wanting to “marry up” and date a woman who earns just as much or even more than they do. January 29 marked the anniversary of the Lilly Ledbetter Fair Pay Act, which would give women the ability to fight against wage discrimination in court. Senator Barbara Mikulski and Representative Rosa DeLauro reintroduced the Paycheck Fairness Act, a new bill that would give women the tools to address the pay gap. Four years ago, Obama had signed the Lilly Ledbetter Fair Pay Act. Fast forward four years later, Mikulski and DeLauro have reintroduced the bill and are working to update the bill. The new Paycheck Fairness Act would require employers to provide a business justification for why they pay their male and female employees differently for doing the same work.

Obama’s second move to help improve the lives of women was putting forth the Affordable Care Act (ACA), which requires health insurers to cover the cost of contraception at no charge. Even religious groups or hospital and universities that are religiously affiliated do not have to worry about covering the fees of contraception because the ACA has made a separate policy to have the health insurance companies that handle their health benefits cover the costs.

What are some other policies for women you hope the Obama administration can deliver during his second term?