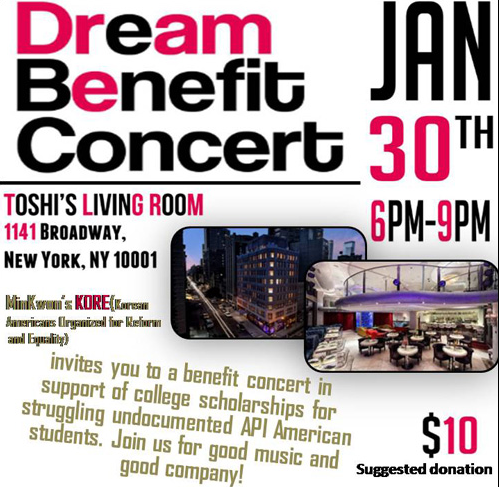 New York Mochi reader alert: Out of the two million undocumented Asian American immigrants in the U.S., about 200,000 of them are students — many of whom have only ever known the U.S. as their home. To help raise funds for undocumented New York students, buy a ticket to today’s DREAM Benefit Concert at Toshi’s Living Room at the Flatiron Hotel. [Facebook]

To learn more about this hot-button issue in the Asian American community, check out Momo Chang’s great piece, “Dreams Deferred,” over at Hyphen magazine [Hyphen]

Couch potato Mochi reader alert: For those of you who are still upset about Kristen’s ousting on Top Chef (read: us), get The Dish on Kish (ha!) to read more about her feelings on the whole mess and the ensuing fan outrage. (Spoiler alert: One fan gets so worked up, she almost mows Kristen down with her car.) We’re still rooting for her on Last Chance Kitchen! [The Dish – Bravo TV]

Who’s watching Sex And The City prequel, The Carrie Diaries? Meet “The Mouse,” aka Ellen Wong, in this interview! [TVAddict]