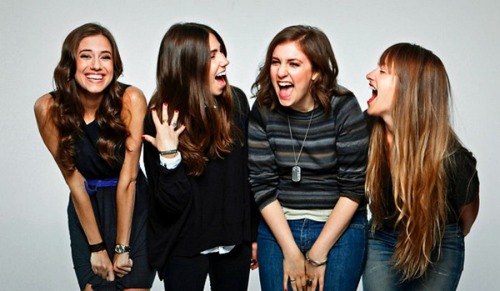 If there was an Asian American version of the HBO hit-show “Girls,” how would it play out in our Asian American culture and social norms? Who would be in the cast of characters? What kind of personalities would we highlight? A recent Huffington Post commentary by Kareen Abdul-Jabar criticizes the lack of diversity and the lack of originality and youthfulness in “Girls.” I agree with Abdul-Jabar that not every television show or movie needs to include people of color in odd, forced roles in order to spread diversity, but there are many things we can appreciate from “Girls.”
The real-life situations the characters face as they struggle to figure out their passions, build careers, and find love in New York City reflect the insecurities and self-involvement of many young people. While there’s no mistake that Carrie Bradshaw and the rest of the “Sex and the City” gang have influenced and shaped a generation of young women, living in an oversized apartment by yourself, attending exclusive gallery openings, and taking lunch breaks to shop for a pair Manolo Blahniks just isn’t real. Okay, maybe it’s true for some of us (the very lucky few), but not for a majority of us. Reality for most post grads living in New York City looks like: relentlessly looking for your “dream” job, making ends meet to pay your rent, obsessing over guys who don’t return your phone call, being self-serving, and self-loathing. Who can’t relate to Hannah’s fears of being infected with STDs and AIDS and turning to Google for the answers? Who doesn’t understand Marnie’s frustration when she gets laid off from her art gallery job, and her uptight, perfection-seeking personality? And who can resist Shoshanna’s naivete and ingenuous diatribes? Or, Jessa’s frustratingly care-free, spontaneous approach to life?

Love it or hate it, Lena Dunham’s Golden Globe-winning show is all abuzz in Hollywood and across the country. Dunham’s show just started its second season, and it has already been renewed for another season on HBO. Moreover, Dunham is rumored to be partnering up with producer Jenni Konner to create a new comedy, and she recently signed a $3.7 book deal with Random House. What are your thoughts on the show?