Home HealthSexual Assault in the Asian American Community: What You Need to Know

Sexual Assault in the Asian American Community: What You Need to Know 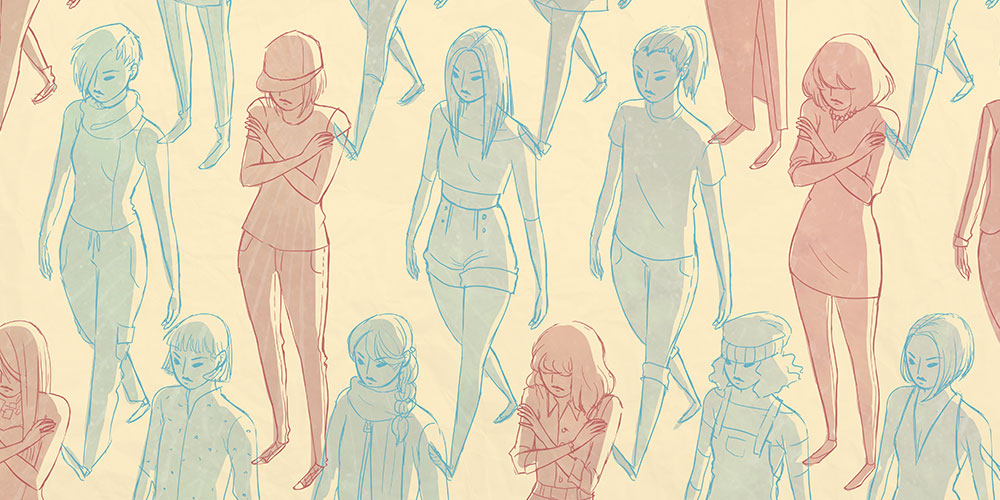 In the past few months, sexual assaults on and off college campuses have made national headlines—prompting everyone to scrutinize responses as well as general attitudes toward the issue. But we noticed something here at Mochi: For all the research and statistics that have surfaced recently, there has been little or no mention of how sexual assault affects the Asian American population at large. (In fact, Asian Americans only recently started speaking up about this culturally taboo topic. When we tried to find data that went beyond the last 15 years, it was nowhere to be found.)

While sexual assault can happen to anyone, anywhere, the numbers specifically surrounding Asian American sexual assault are troubling. The stats suggest that sexual assault is common in the Asian American community, and victims tend to underreport cases, if they report them at all. There are a ton of factors at play here, from general uncertainty about what constitutes sexual assault to fear of being rejected or embarrassed. Here’s what you need to know.

It happens a lot.
A whopping 1.3 million women and 835,000 men are abused by an intimate partner annually in the United States. While we can’t pinpoint a percentage of how many of those victims are Asian American, one survey does show that 32 percent of the 178 participants have experienced physical or sexual abuse at least “occasionally” in the last 12 months. Out of the 23 women who said they did not experience intimate partner violence, more than half (64 percent) said they knew of an Asian friend who had experienced violence.

IN THE ASIAN AMERICAN COMMUNITY

It seems like some of the most victimized groups are also the most silent.
Asian women in the United States are less likely to report incidences of sexual and physical assault committed by intimate partners than other racial and ethnic groups. Short of alerting the authorities, though, they’re also the least likely to disclose the incident even to family and friends.

A breakdown by ethnicity.
Here’s what we’ve seen for specific Asian ethnic groups. But, again, if one isn’t listed here, that doesn’t mean that domestic violence and sexual assault doesn’t happen in the group. There may not be enough data available to perform a significant study right now. It’s also important to keep in mind that because what’s considered intimate partner violence is often downplayed, the number may actually be much higher than what’s shown here.

Cultural beliefs play a role in why Asian Americans tolerate sexual assault more and report cases less frequently.
Family violence may be tolerated to avoid conflict as well as dishonor—this is especially true in the Cambodian and Vietnamese communities. Other times, intimate partner violence might be minimized or ignored by others because it’s considered a private matter. And it gets even more complicated when alcohol is involved. Asian American women are least likely to report these cases, because it brings up issues of being “good girls” and strains parental relationships.

Internalization of blame (which also has cultural implications) is another problem.
Not one but two studies show that Asian women view intimate partner violence as their own fault, and therefore accept it. Again, wanting to “have face” and maintain a good image, as well as a fear of rejection by the community, are also factors that keep them from speaking out.

It’s true—sexual assault is happening every day. The encouraging news is that Asian Americans are starting to report instances of sexual assault more, compared to just a decade ago. It’s important that we continue to talk about it, both to shift attitudes so that sexual assault happens less and also to create an environment of support, not shame. For more resources on how to identify and protect yourself from sexual assault, check out our list right here.

You can play a role in helping to reshape the way we think and discuss this topic. How? Share this post with someone you know to raise awareness about this frequently swept-under-the-rug subject.