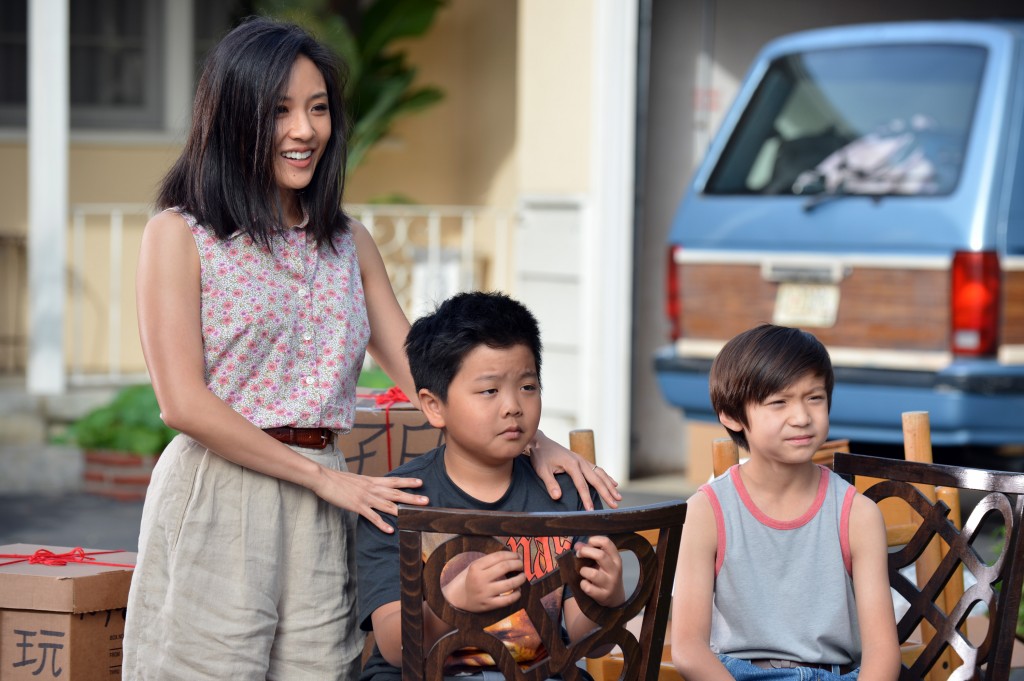 The airdate for family sitcom “Fresh Off The Boat” has finally been announced. On February 4, viewers will be introduced to Eddie Huang (played by Hudson Yang) and his “FOB” family.  Based on Huang’s bestselling memoir of the same name, “Fresh Off the Boat” is set in 1995 and follows the young, hip-hop loving Eddie during his family’s move from Washington, D.C.’s Chinatown to suburban Orlando.

Eddie’s dad, Louis (Randall Park), has dragged the family to Florida to pursue his version of the American dream: opening Cattleman’s Ranch Steakhouse. However, Eddie’s mom, Jessica (Constance Wu), finds Orlando a strange place—from the rollerblading stay-at-home moms to the hospital-like grocery stores to the stifling humidity that has ruined her hair. Meanwhile, Eddie struggles at school with his nontraditional lunches and a rather larger lexicon of expletives.

Beyond the funnies, the show hits home on many identity issues that Asian Americans can relate to. We interviewed executive producers Nahnatchka Khan and Melvin Mar, who shared their thoughts on their adaptation of Fresh Off The Boat and their expectations moving forward. 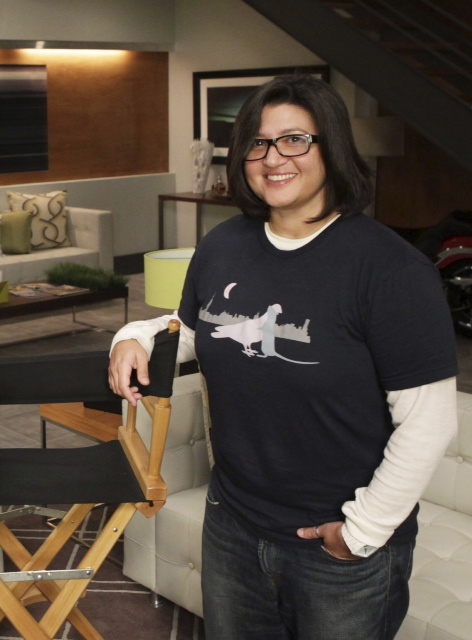 How did you hear about the book and why did you choose to produce its TV version?
Nahnatchka Khan (NK): I had a deal here at Fox and Fresh Off The Boat was coming out, so they sent it to me to read. Both of my parents were born in Iran, and mine and Eddie’s situations were very much the same. I related to the hip-hop side of his story, and I hated Persian food.

Can you tell us about the casting process?
Melvin Mar (MM): Casting every character was tough, especially Eddie Huang. We were looking for the swagger quality that Eddie naturally has. After a long process, including flying in kids from Hawaii, we finally found Hudson Yang, from Brooklyn, through a casting tape.

Why did you decide to set the show in the ‘90s?
NK: We wanted to keep it in the ‘90s because, to us, that was the last era before the Internet exploded. Kids couldn’t find each other online yet. People didn’t know as much since they didn’t yet have the convenience of the Internet. It was also very important to keep this as close as possible to [the memoir’s] particular setting.

There was a bit of controversy surrounding the title of the show. Why did you decide to keep the title “Fresh Off The Boat”?
NK: It’s the title of the book, and Eddie felt strongly about making it his title, so changing something that already exists didn’t seem right. It’s a comedy—you have to laugh at it. It’s not a safe show, or apologetic. It’s Eddie’s story. Even Eddie as a kid wasn’t accepted by his family or peers, so we shouldn’t be afraid of offending anyone.

MM: I was attracted to [the book] because of the title. To me, it was representative of our generation. Everyone is doing well in this room and we’re all embracing it—the title and the experiences it represents. It’s a universal term that I’m not personally offended by.

Was there ever a point when the show was considered a hard sell?
NK: For both of us, this was considered a second position show, a passion project. There weren’t any big names attached to it, so once the show was picked up, people only started noticing because it’s about something that has meaning. This is our chance to show people that Asian American families are funny to everybody. If a white sitcom doesn’t get to run, does anyone hear about it? But if you create a different story and it’s unique, people will start to notice.

What are your expectations for the show? How do you think viewers will react to it?
NK: We would love to be successful and get a second season. We hope to keep going to continue to tell the story. It is a viable genre and that can waterfall into more niche content like the HBO version, for example.

MM: I hope it becomes a staple to have an Asian man on TV.

This interview has been condensed and edited.