Home Career, College, LifestyleTop of Her Game: Golfer Michelle Wie is Ready to Make a Statement

Top of Her Game: Golfer Michelle Wie is Ready to Make a Statement 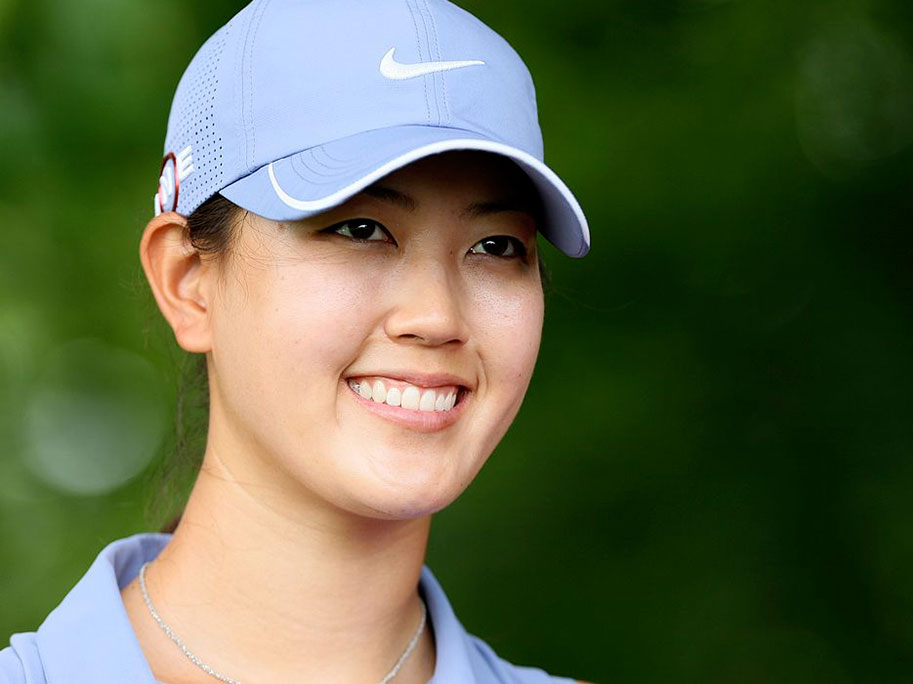 Michelle Wie’s parents first recognized the athletic prowess in their four-year-old when she picked up a golf club, swung and hit a ball airborne. After a couple months of practicing in 100-yard baseball fields, one ball flew over the fence and into a house. From then on, practice was held exclusively at golf courses.

As most of the world knows, Michelle’s career took off in a meteoric rise, and she became the youngest player to qualify for the amateur championship tournament at age 10. Three years later, she became the youngest player to participate in the U.S. Women’s Open. Despite professional setbacks (injuries caused her to withdraw from competitions in 2007 and 2008), Michelle has remained refreshingly down to earth. “There were a lot of ups and downs,” she recalls. “It all came crashing down when I was injured.” Yet she was able to shake it off. “I got healthier and it made me realize how much I love the game. Things don’t just happen,” she says. “You have to make them happen.”

Now, at age 20, Michelle is ready to show the world she’s more than just a teenage phenomenon. She won her first-ever professional tournament in November (her first win since 2003) and credits much of her success to a work-life balance. Every September to March, she’s a full-time college student at Stanford. “It was the one college I really wanted to go to,” she says. “My grandfather taught there, my aunts and uncle live near there.” 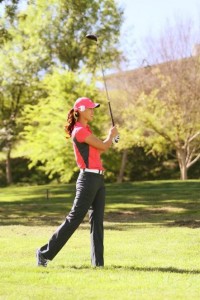 Then, for a second, Michelle becomes the most normal girl in the world. “There’s a shopping mall right next to campus,” she laughs. Her ever-supportive parents moved to the area, but she only goes home once in a while. “Going to Stanford has shaped me,” she says. “Living on campus, going to classes, trying to manage a social life and golf—it forces you to grow up.”

At school, the girl who grew up in front of television crews and sports journalists goes behind the scenes. Michelle studies communications, an industry she believes is useful to understand. “I’ve taken classes in digital media and how it’s changing the world,” she says. “It’s very interesting from a journalist’s perspective.” She embraces digital media outside the classroom too, as an active twitterer (fellow professional golfer Christina Kim first turned her on to the social-networking platform) and avid blogger. The blog provides a window into Michelle’s everyday life: In one post, she admits to loving Justin Bieber, and in another, she shows off DIY bleached jeans. Charmingly, Michelle admits to being a stress baker—and one can only imagine how much stress she must be under on a day-to-day basis. Her blog is a great resource for baked-good recipes (think macadamia-nut coconut blondies and apple-cinnamon-walnut bread) without dairy and eggs, as Michelle is allergic to both.

While she isn’t baking or practicing on the green, Michelle is working on other side projects: 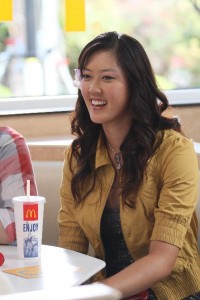 She recently signed on to become the official spokesperson for McDonald’s new education and community initiatives, geared toward young Asian Americans. The campaign consists of a television commercial that will air in Mandarin, English, Korean and other languages as well as a website where teens can share their biggest accomplishments.

It’s easy to see how Michelle’s achievements can inspire others. In preparation for July’s U.S. Women’s Open, she is currently training in Orlando. “I wake up at 6, practice from 7:30 to 2:30, and then sometimes it’s hot yoga afterward or a workout,” she says. “Then, repeat.” Michelle is no stranger to the Women’s Open—this year will technically be her seventh Open, though she didn’t participated last year. “It’s always a grind,” she says of the national tournament. “It’s a tough golf course. I just have to play the best I can and come out on top.” Despite having been in the business for about a decade, Michelle’s outlook remains a combination of optimistic and ambitious. “Coming in first is possible for sure,” she says. “I believe in myself; I just have to get it right.”