Home Career, PoliticsLiNK’s Hannah Song: Forever Committed to a Cause

LiNK’s Hannah Song: Forever Committed to a Cause 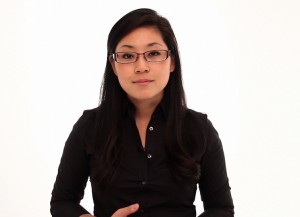 Success comes in many shapes and forms. For Hannah Song, the first female CEO of the international non-governmental organization Liberty in North Korea (LiNK), success stems from how her work furthers the progress toward her cause.

Before joining LiNK six years ago, Song worked in the corporate advertising field. Even then, she had a lingering curiosity and interest in North Korea and its people. Growing up, Song knew that her grandmother was North Korean, but didn’t understand the weight of what that meant.

By reading literature such as Escape to the Outside World: From Total Control Prison Camp No. 14 in North Korea by Shin Dong-hyuk, currently LiNK’s Senior Ambassador, and Still Life with Rice and The Absence of Sun by Helie Lee, Song exposed herself to the human rights violations in North Korea. “It was too real, too current,” said Song. “I felt so helpless.”

After talking to a close friend who knew Adrian Hong, co-founder and former executive director of LiNK, Song started volunteering with the group—initially at a benefit concert in Rutgers—which helped her see how easy it was to get involved. Shortly after, Song was asked to be on LiNK’s executive board, where she held the position of deputy director from 2004 until 2008.

However, working in both the corporate and philanthropic world side-by-side at that time was stressful for Song. “[I was] reaching a tipping point, working 80 to 90 hours a week for what?” said Song. In 2006, she became a full-time staffer at LiNK.

Though it wasn’t an easy decision for her to join an NGO full-time, Song had the support of her family.

“[My parents] respected my decision. They knew that I would not be swayed. They weren’t hugely supportive in the beginning but over time my family really came around,” Song said. “I think there has to be a mutual respect. If there is maturity, it should become apparent to them that you are happy doing it and this is what you want to do. As a second generation, we have all these resources: Do we do what we want or follow passion?”

In 2008, Song was chosen by Hong to become the new CEO of LiNK. Under her leadership, LiNK moved from Washington D.C. to Los Angeles. Song recalls being extremely scared and nervous: “I thought, ‘I’m not [just] moving the organization to LA, but my entire family (her then-fiancé). We’re either going to succeed or fail.’” 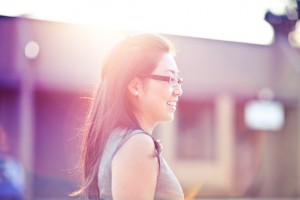 By 2009, LiNK’s transformation under Song’s leadership had a snowball effect, with the renovation of different projects, like the Chapter Program, moving into full development. “I think the genesis of LiNK happened in 2009. We started over again, keeping credibility and really saying ‘All right, now we really know what we’re doing.’ I would say the transition for me was best described as being a big learning experience and a lot of risks,” said Song.

Song describes her role as CEO as the “least sexy job,” since it includes working on mundane but necessary protocols for the organization. She also works hard managing people, chapters and helping people feel like they’re a part of something bigger—a key element. “That’s an area ignored for NGOs,” said Song. From 2008 to 2009, LiNK’s revenue had increased 106 percent—an accomplishment which Song sees as a result of implementing those changes.

Even through these impressive numbers, Song remains levelheaded. When asked what her greatest accomplishment is as CEO, she said she had none. She may have ensured that the organization was better structured, but the accomplishment is not hers to claim, she said. “I have ensured that the right people are on board with me. That’s the only reason why LiNK is the way it is today,” said Song. “All the numbers are wonderful but that’s what our job is—that’s what we should be doing, it’s not an accomplishment.”

At 29, Song proves that youth should not be a deterrent for making a change in the world. A firm believer in taking chances, Song advises that every opportunity should be seized with confidence. “I have the utmost hope in the youth and every opportunity I have, [I] would love to invest in the youth.”

The North Korean human rights crisis is an ongoing issue of massive but underrated proportions—and there’s a place for everyone in every field to get involved. Song’s final piece of advice: “Philanthropy should be an [integral] part of everyone’s life. If we can do this and make this everyone’s mentality and attitude—imagine where the world would be.”

For more information on LiNK and how you can get involved, visit their website at www.linkglobal.org.