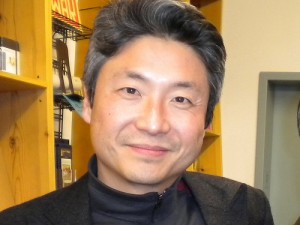 When acclaimed Korean American author Chang Rae Lee paid a visit to my western literature class back in high school, I was unfortunately ignorant of his recognition in the literary world. However, the impression that he left was immediate. Although soft-spoken in the discussion we had about J.D. Salinger’s novel Franny and Zooey and cultural assumptions in society, his words held a keen insight and profundity that naturally commanded everyone’s attention.

After that class, I did some research and quickly discovered just how much Chang Rae Lee is celebrated. To this day, I feel privileged to have met him in person. Lee’s stories of personal exploration and struggle have struck a particularly strong chord among the Asian American community. Topics of identity, isolation, cultural disparity, war and endurance resonate strongly among immigrants from all backgrounds—or with anyone who has ever questioned his or her place in the world.

“I think being an immigrant, aside from just Korean American, influenced me most. The perspective of being an outsider in one’s society is often painful and revelatory,” said Lee, who came to the U.S. from Korea at the age of three. He also credits his parents for being strong influential figures who worked hard to create a good life for him and his family.

Interestingly, Lee was a financial analyst on Wall Street before deciding to try his hand at a career in writing.

“I always loved literature and writing and knew I would always write, but didn’t believe it would be a career—perhaps just a serious hobby,” he said. The large success of his first novel, Native Speaker, which follows a Korean American immigrant trying to fit into American society, was a clear sign that he made the right career change.

His novels are beautifully crafted and multi-layered stories that bring to life the emotions, trials and complex inner and outer journeys of the characters. Most known and admired for his distinctive writing style, Lee writes incredibly detailed prose that is both lyrical and deeply emotional. Readers immediately find themselves immersed in the complicated web of personal and societal relationships that protagonist Henry Park navigates throughout Native Speaker and struggle along with June Han from The Surrendered as she tries to conquer her inner demons from the Korean War.

Lee’s words couldn’t ring more true to his own success. Over the course of his career, Lee has garnered numerous accolades, like the Hemingway Foundation/PEN Award and ALA Notable Book of the Year Award, among others. Pick up one his books, and you’ll not only be inspired to think more deeply about your surroundings, but may even wish to reevaluate the different connections you hold in your own life.

Ultimately, Lee hopes his novels affect “a thoughtful, engaged person who doesn’t shy away from the difficult questions or subjects of life.” His is a straightforward but meaningful message we can all take to heart—that it’s perfectly acceptable to have questions about our identity or place in life, and to always be inquisitive and attentive to our world around us.