From Snooze Button to iPhone App: How Entrepreneur Julia Hu Found Inspiration From Her Everyday Routine

Julia Hu had way more than her share of early wake-up calls as a student at the Massachusetts Institute of Technology’s (MIT) Sloan School of Management in 2009—and it wasn’t because of early-morning classes. Her fiancé, also a MIT student at that time, was a runner with an affinity for the snooze button. Painful as it was to wake up to an unattended alarm at ungodly hours, that’s exactly what led Hu to start her own technology company. 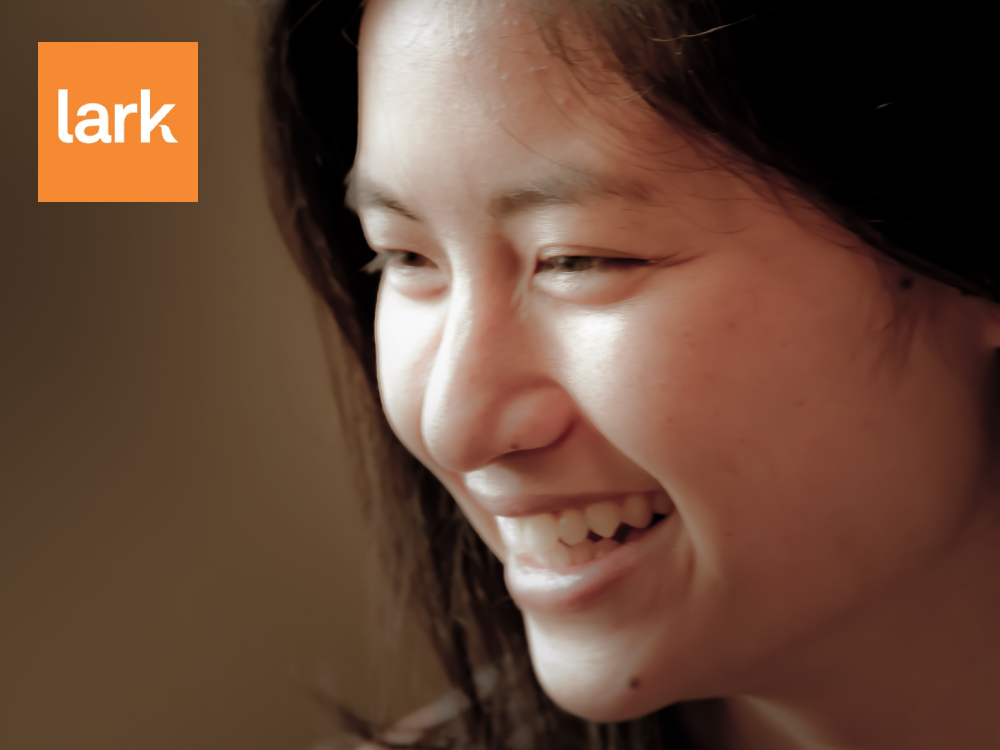 “One day at 4 a.m. on a Saturday morning, when [my fiancé] did his alarm clock thing because he had to go out and run, I decided to do something about it,” Hu says. And so lark technologies was born, starting with a silent alarm clock. Hu came up with an iPhone app and corresponding armband that vibrates to wake its user up (and not others sleeping in the same room). 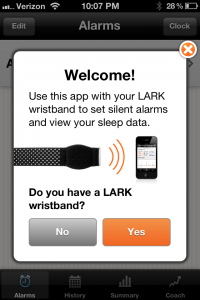 But lark is much more than a tool to help partners start off the morning without rude awakenings. It’s also designed to track users’ sleep patterns and number of hours in bed to ensure the best sleep possible, preparing users for an energetic morning.

That’s why the ever-thoughtful Hu, who serves as the company’s CEO, chose to give the app a cheerful orange scheme. “We wanted people to associate sleep with how great you feel after a night of great sleep, rather than the sleepy, boring, quiet, blue type of color palette that most sleep companies use,” she says.

The lark seems to be a particularly timely tool in today’s society, which encourages plenty of late nights and early mornings. Hu, who identifies herself as more of an entrepreneur than an inventor, says a big part of getting better sleep is identifying what type of person you are. While owls thrive at night, she says, larks function better in the wee hours of the morning. And because your type is determined genetically, it’s best to listen to the owl or lark inside of you instead of forcing something unnatural. 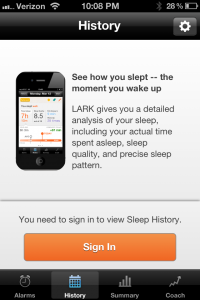 Though the motivation behind this product was initially personal, Hu quickly realized how many other partners shared her dilemma when the product began to fly off the shelves of Apple stores everywhere. And as Hu recognized that sleep isn’t the only area that people seemed to need help in, she expanded her company’s goals. Their next project: creating a tool to track everything from your exercise to your productivity to your diet. “lark was much more to help people sleep better. larklife is to help people with the rest of their day,” says Hu of their newest product.

It’s clear that pushing people to lead the healthiest and happiest life possible is Hu’s passion, and that much is reflected in the company that she’s created as much as its products. “That’s been the best part of growing a company—finding great people and hopefully giving them an environment where they can really excel, be happy, and be a little fearless to, in time, push for their own goal,” she says.

Hu was already working in tech entrepreneurship when she headed to Cambridge, but she was still searching for what she truly wanted to do. Her method? Just do it. By interning with almost everyone and doing almost anything as soon as she was in college, Hu was able to check off what she enjoyed and didn’t enjoy.

To this entrepreneur, “self-made” means “understanding what parts of you you want to grow the most and what parts of society you want to contribute most toward.” But, of course, it’s also important to remember that the definition of the term depends on each person’s story. “Being self-made is going to mean something for each of us,” she says. ”But it’s nice to create your own path.”