Ellen Wong can remember her first movie memory, back when she was 11 years old, like it was yesterday. “We went to go see Titanic. It was my first experience of walking into a theater and feeling that energy in a room,” she says. “I remember feeling the entire theater go dark and everyone quieting from this hustle and bustle to a quiet silence. It was like a ride.” 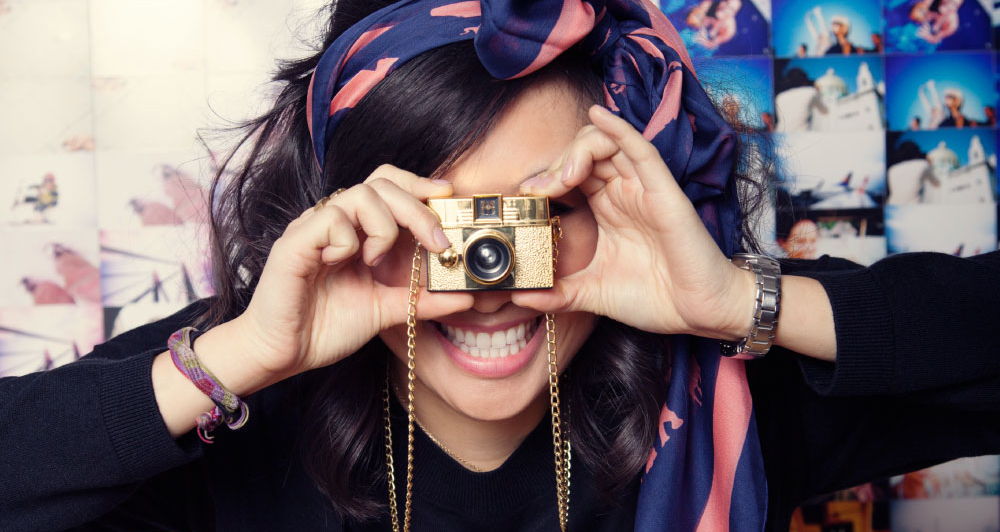 For the 27-year-old actress who grew up in Scarborough, just outside Toronto, watching Kate Winslet on screen led to finding her own calling. “I saw how I could take everything I feel and tell stories—and take people away for a couple of hours,” she says. By 14, Wong was volunteering behind the scene at a local TV station. Born to Cambodian parents who immigrated to Canada, Wong was incredibly resourceful. “We didn’t have a lot of money growing up,” she says. In fact, her first set of head shots were taken at a photobooth at a mall.

Though Wong was interested in acting, she didn’t pursue it professionally, instead studying radio and television arts at Ryerson University. It wasn’t until after graduation, while on a backpacking trip through Asia, that she was convinced to start her acting career. While in Cambodia, Wong realized how lucky she was, which gave her the courage to dream bigger. “Even if I’m not successful, I will never be on the street. I will still eat. I will still have water, a roof over my head and my family,” she says. “What’s the worst that could happen in pursuing acting?” Upon her return, she quit her job at a TV station and gave herself a year to test out the new career. A few months in, she auditioned for and received her first major role, opposite Michael Cera on Scott Pilgrim vs. The World. While her parents have been supportive of her new career, they are still, after all, parents. “My dad freaks out when I kiss a boy [on-screen],” says Wong. “Like the little peck I did with Michael Cera.”

Unfortunately for her parents, there’s much more of that to come with their daughter’s small-screen starring debut on The Carrie Diaries. As the titular character’s best friend—Jill Chen, better known as “Mouse”—Wong stars on a show about Sex and the City’s Carrie Bradshaw in her high school years, which is full of boys, kissing, and virginity talk. “No one wants to relive 16 again,” says Wong. “But I took this role to be the girl I wanted to see growing up on TV.” Originally written as Jill Thompson, the character’s name was changed after Wong asked the producers for some character background. “It wasn’t until we started shooting the series that her name changed to Chen,” she recalls. And as for the story behind her character’s nickname, it’s based on a friend of Sex and the City writer Candace Bushnell’s, one she’s still close with.

To prepare for the role, Wong, who hadn’t watched the show, caught up with the original series in the span of a few weeks. “Now I understand why it was such a big deal when Sex and the City came out. Sarah Jessica Parker did an amazing role creating an iconic female,” she says. But Wong found herself relating most to Miranda, “because of her pragmatism and her ability to know exactly what she wants.”

Wong is quick to point out that The Carrie Diaries is not meant to be a remake of the original show. “It’s an entity of its own,” she says. “It’s Carrie Bradshaw, but in her formative years. There’s room to make mistakes, as we all do when we’re growing up.” As the show goes on, viewers will see more of Jill’s home life. “You see the difference between her life at home and her life at school,” says Wong. “That’s what I love about this character—her being Asian is secondary to her friends. She has the same fun they do, the same feelings they do when it comes to boys. There are societal, traditional pressures that come with her heritage. But that’s secondary to who she really is as a person.”

Looking to the future, Wong wants to work behind the camera as well, which her TV production background will help with. “I want to tell a story in any way I can, whether it’s through acting, writing or my own work,” says Wong. “Everyone has the ability to create their own path. If you don’t make it in what you want to do, maybe along the way, you’ll find something that you love more. It’s about being open to the things in front of you.” And there’s a few other goals she’d like to accomplish, like meeting her idol. “I would geek out if I met Kate Winslet,” she admits. “I would cry and tell her how she saved me when I watched Titanic in theaters.”