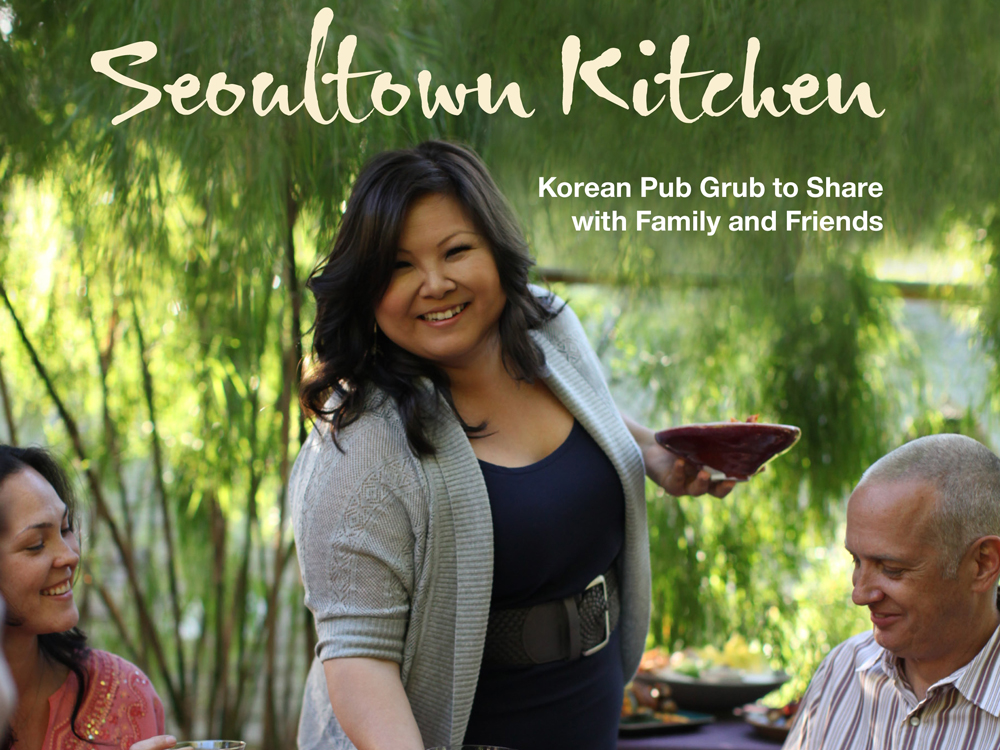 Growing up, Debbie Lee could always be found in the kitchen with her grandmother. An Arizona native, she didn’t get to meet her grandmother under her early teens, when her family moved to California. Even though Lee only spoke English and her grandmother only understood Korean, the one thing the two had in common was cooking, and every weekend Lee’s grandmother taught her family recipes through gestures.

Years later, Lee is now a Food Network celebrity chef, a restaurant owner and a newly minted cookbook author. And, of course, Lee credits the success of her Korean-fusion food with her grandmother’s strict training. “If I wasn’t doing it right, she would give me a hand motion and tap my hand,” said Lee. “She’d have me taste everything, and then she’d taste my stuff.”

Taking all the kitchen lessons learned from her grandma, Lee spread her culinary joy to her friends—food was a great way to connect different groups of people.

“The one thing everyone bonds over is food. That’s the one thing that I feel that people are open-minded to,” she said. “I think that when people find food to be a conversation piece, that’s really where you have that power of food to talk about who you are. That’s how people can understand one another.”

With such faith in food, Lee began to blaze through an evolution of flavors. In her earlier years of cooking, she considered herself a California-French chef because she was French-trained and worked at many French restaurants. But her beginnings in her grandmother’s kitchen eventually came back to her, and Asian flavors became a natural avenue. First as an assistant dessert chef in San Francisco, Lee created an Asian version of the napoleon by layering wonton chips with brandy-sautéed Asian pears and persimmons. When she continued her culinary pursuits as a Hollywood caterer, Lee introduced dishes such as Korean lettuce wraps with bulgogi. 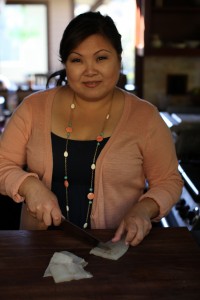 Besides her work as a chef and a caterer, Lee believes that a turning point in her cooking career was her participation in season five of “The Next Food Network Star,” in which she finished as second runner-up.

“Being the first Asian contestant on a show like that and having a voice and platform to expand the notion and demystify the myth that Asian food is hard was pivotal,” said Lee. On the show, she was able to introduce special new ingredients that hadn’t been used before and provide a new precedent for Asian cuisine. “It’s very interesting, because now I see a lot more Asian-inspired dishes coming out.”

Following her stint on the Food Network, Lee felt that it was the perfect time to share her recipes through a cookbook, allowing her to complete a lifelong dream. The recipes in her cookbook “Seoultown Kitchen” are a mix of her personal experiences, whether it’s something her grandmother taught or her own interpretation of a dish she had in Los Angeles’s Koreatown.

“There’s a lot of time and love that went into making the book. It was an experience of a lifetime,” said Lee. “I feel like the fact that people are actually identifying with the book, reacting to it and using it—that makes me feel that I’ve made a difference.”

For aspiring chefs, Lee says that it’s important to create a story with food and to be open to discovering a true sense of self. Need a new recommendation? Lee loves duk gok, a Korean rice cake soup. If you’re feeling adventurous, try the recipes Lee’s sharing with Mochi and get cooking.

What are your favorite cooking memories with your family? Share one in the comments for a chance to win a copy of Lee’s cookbook.