Home CareerAsian Americans in Media and Entertainment: A Conversation on the Importance of Representation, Hard Work, and Community

Asian Americans in Media and Entertainment: A Conversation on the Importance of Representation, Hard Work, and Community 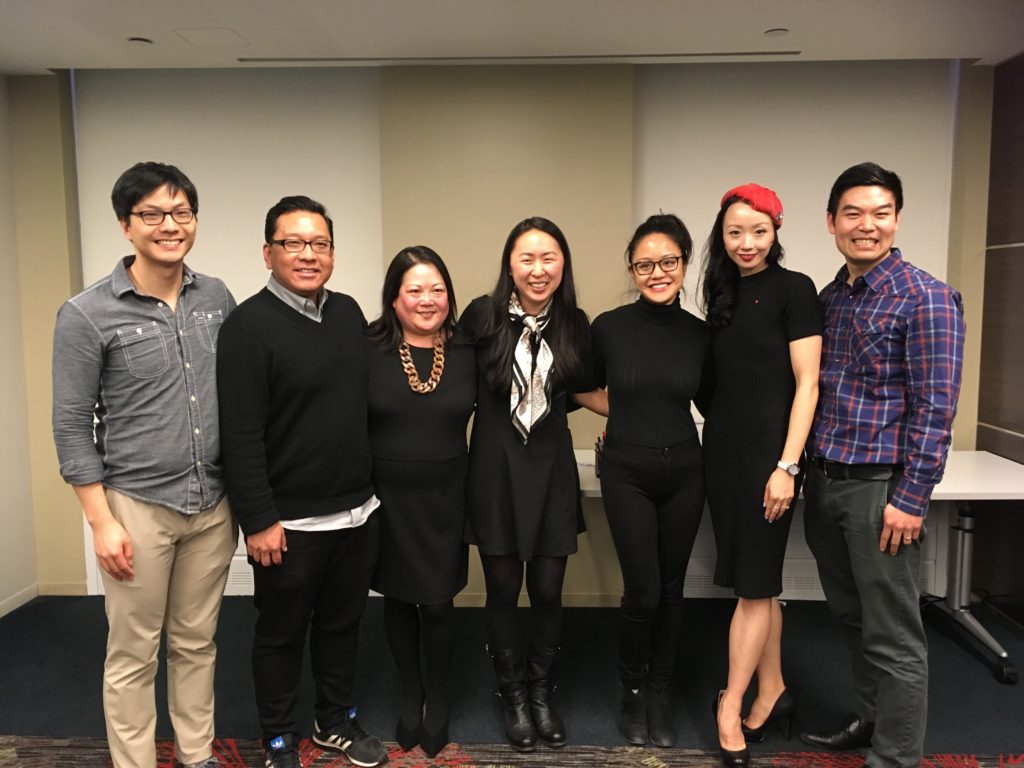 Seeing is believing. That was the theme at a recent panel with Asian American creators in media and entertainment. Hosted by nonprofit Apex for Youth and Deloitte Consulting at the Rockefeller Center in New York City, the panel covered topics from whitewashing in today’s media landscape to the various pressures that Asian Americans face in the pursuit of creative endeavours.

Apex for Youth recruits volunteers from the professional world to be positive role models for underserved Asian and immigrant youth in NYC. As co-chair of its Associate Board, I moderated the discussion with Derek Nguyen, director and screenwriter of the recently released film The Housemaid; Helen Wan, author of the novel The Partner Track; Maggie Hsu, co-founder of Mochi Magazine; and Zhong-Jing Fang, a dancer with the American Ballet Theater. The topic of visibility took front row and center.

What does it take to elevate the voices and talent in our community? Here are a few sound takeaways from our panelists:

1. Representation matters at all levels. What makes it to the screen is only part of the picture. The larger question is, who is making decisions behind the scenes? Derek Nguyen, who has produced and directed several independent feature films, says one of the major barriers to seeing Asian talent on the big screen is sourcing. Very few stories with Asian American characters are being greenlit.

“What we need are Asians in leadership who can contribute to behind-the-scenes decisions and advocate for more representation,” says Nguyen.

It’s also about having more writers who can accurately reflect the cultural narrative. Currently, only 2% of the Writers Guild membership is Asian American.Stories with Asian Americans are barely even making it to the starting line, so champions are needed at all levels of the process.

2. Speak up and support each other. Helen Wan wrote her novel, The Partner Track, to shed light on the ambitious and complicated path to “success.” The book follows an Asian American female associate as she navigates the corporate ladder to make partner at a prestigious law firm. The story mirrors her own in some aspects, though the book is not autobiographical. Wan says s wrote it as the book she wished she could have read when she was a law associate.

One lesson she shared is that working hard at your career is not necessarily enough.

“Have an opinion. Not doing so contributes to the pipeline problem, which can explain why there are not many Asian Americans in leadership positions”, Wan says.

She also recounts that when her book received positive reviews and media coverage, the feedback from many in her immediate circle was not what she expected. Instead of asking how they could support, or where they could buy a copy of the book, friends and parents’ friends—many of whom were Asian —simply asked if they could get a free copy!

Though their intent was harmless or even well-intended, Wan says that if we want to see real change, more Asian Americans need to “vote with their feet” and show up to support one another. The path to real change and greater visibility is when we support our community by speaking out, endorsing, and funding each other’s projects.

“I was in a trance watching her move; she really transformed herself into the swan,” Fang says. It inspired her to audition for the Shanghai Ballet School where she gained admission as one of 17 (chosen out of more than 2,000).

The starstruck phase quickly faded. She remembers her first semester at the school being so intense that she wanted to quit. Her father had a stern conversation asking her how badly she wanted to be a dancer.

Fang says, “I decided that I really wanted to be a dancer, so I stayed.” In one semester, she went from the bottom of the class to the top. Fang went on to win the prestigious Prix de Lausanne and the Rudolph Nureyev Foundation Prize at the Ninth International Ballet Competition in Paris.
Playing the long game is never easy but Fang’s story is a reminder that if you want to achieve your dreams, you need dedication, discipline, and drive to push beyond the honeymoon phase.

4. Don’t underestimate the power of your story. When she helped start Mochi Magazine, Maggie Hsu didn’t expect that there would be much interest in a general mission like “empowering young Asian American women,” let alone people who would want to contribute. But today, Mochi has more than 40 volunteer staffers across the country. She attributes Mochi’s popularity to its content, and its relevance to a group that rarely sees mainstream media representation. Where else can you find Asian hair styling tips and an exposé on Asian stereotypes in the media?

Hsu went on to wrap the panel with words of advice for those looking to carve their own path: “If you can do just one little thing tomorrow to advance you closer to your dream, what would it be? Do it…Remove the words “one day” from your vocabulary.”

Written by Lynne Guey, a freelance writer and marketer living in New York City. She serves as co-chair of the Apex for Youth Associate Board. This fall, she’s launching a podcast about Asian Americans embarking on unconventional career paths.