A Scholarship Fund That Helps Asian Women Lean In 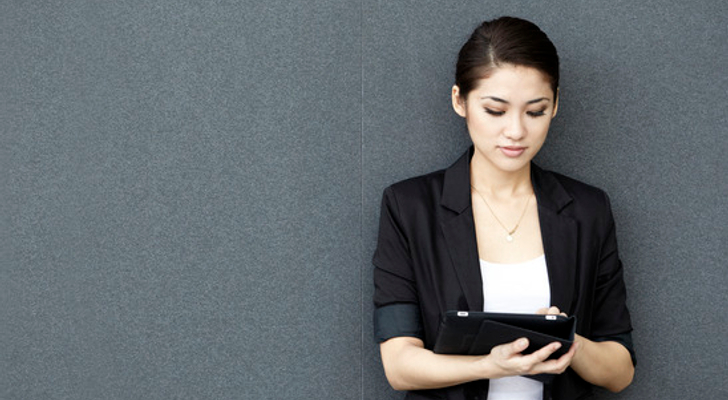 With mostly men at the top of the financial industry’s hierarchy, it’s enough that women face unique challenges to climbing the corporate ladder. According to Catalyst.org, only 14.6 percent of women hold executive positions at Fortune 500 companies in the U.S. in 2013, and Asian American women comprise an even smaller amount of that number. Founded in 1995, Asian Women in Business (AWIB) is a non-profit organization that provides financial and professional support for Asian and Asian American women entrepreneurs and addresses the issues they face at a corporate level.  AWIB has awarded 35 Asian females scholarships of $2,500 (or $5,000 based on financial need ) since its establishment in 2008. These young women demonstrated exemplary leadership, community service, and entrepreneurship. The scholarship fund continues to support young Asian women across America and launch careers across all industries, including business, finance, education, biology, anthropology, and more.
Ling Lin was one of the first batch of college students to receive the scholarship in 2008. “I was very involved in college. Aside from pursuing a four-year joint bachelor and master degree through Stevens Scholar’s program, I was a part of the student government, ethnic student council, dramatic society, entertainment committee, and Chinese student association. In addition, I volunteered with the local community. In 2008, I worked with a group of college students from around the world putting together the Wishes from Abroad project for the Beijing Olympics. I think the combination of these experiences helped me win the scholarship,” Lin says.

After Lin graduated college, she was able to use part of the scholarship fund to pay off her student loans, and a small portion of it was also used to fund her first solo backpacking trip around the world. “Very few American women travel the world alone, and the number is even smaller for Asian women. Though it is not a traditional path, I hope I inspired some people to step out of their comfort zone and go explore the different customs and cultures the world has to offer,” Lin says.

Since she won the scholarship, Lin has built an impressive resume, holding stints at Ernst & Young, Groupon, and U.S. Antarctic Program. Today, she works at Protiviti, a global business consulting and internal audit firm. “I think one of the biggest challenges with Asian American women is that we might not be as aggressive in chasing after our career goals. We certainly work hard, but we should be more direct and clear with our supervisors and let them know we want more responsibilities and want the managerial positions,” Lin says.

Lin’s story shows that there are many successful Asian American women out there who just need proper guidance and support to help them go after their goals and passions. Although women generally need to be more aggressive with their careers, it’s even truer for Asian American women, who are often seen as meek, quiet, and not outspoken. But it’s organizations like AWIB that help inspire Asian American women to pursue their careers and help each other make informed decisions about the professional future.

To contribute to the AWIB scholarship fund and learn more about the application process, visit here. As Lin points out, “Having more women in senior positions will create a more comfortable work environment and inspire more women to pursue these top positions in the finance and business industry.”