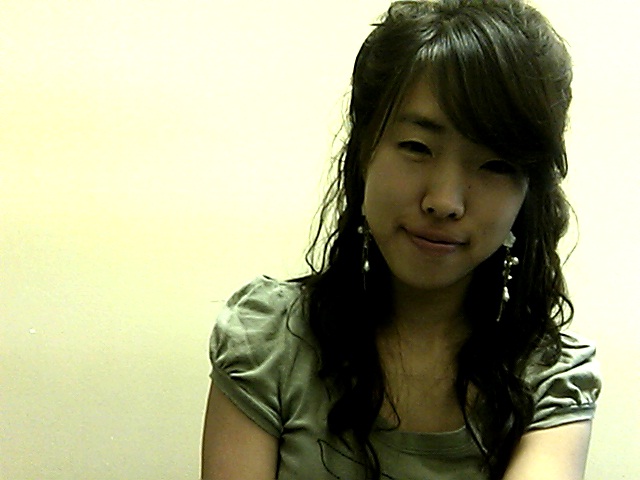 Sherry Kim, also known as Fantasiex3 on YouTube, is a Korean American pianist known for her beautiful and unique choices in piano covers. Raised in Las Vegas, she is currently studying piano performance at Northwestern University. We had the opportunity to interview the self-proclaimed “cheesy romantic” in between her busy schedule, and we’re enchanted by her confidence—something we hope that all Mochi readers can learn from. Read on to learn how she got started, her eclectic taste in music, and the huge project she has been working on.

When and why did you start learning the piano?

I started the piano when I was three. My mom had a family friend whose daughter was a few years older than me and was learning how to play the piano. Every time we would visit their house, their daughter was always practicing. I was so interested in learning how to play myself after watching her several times. I kept begging my parents to teach me how to play the piano, so they first bought me a toy tinker piano, but I quickly outgrew that and asked for lessons. They searched around for a piano teacher, but none of them would accept me at my age. So for the next a year or two, my mom, who has little to no experience with the piano, taught me a few basics and a simple song or two. It wasn’t until I started kindergarten when I finally got my first piano teacher, and from then on, I’ve always had a private piano teacher.

Your covers range from classical to songs from anime, videogames, and kpop. What influences your decision to cover these songs?

Whatever pieces I record are simply because I am in love with them myself. The only other influences include songs that are in high demand by the general audience, and even then, those songs have to be approved by my own taste. I do take requests from time to time, but sometimes it’s so hard to meet some of them because I don’t feel a personal attraction towards the songs, and I need that connection in order to perform my very best.

Who are your musical influences?

My influences are my current piano professor at Northwestern and the piano teacher that I’ve had for the longest period of time. Growing up, I’ve had the same piano teacher from fifth grade until my high school graduation. Both of them have been more than just a piano teacher to me. They have taught me numerous life lessons that I know I’ll be able to take with me. They have shown me the beauty of music, and I want to be able to show that to everyone I can reach. I honestly don’t know where I would be if it weren’t for them.

What do you see yourself doing in a few years?

I see myself as a hopefully successful freelancer. I am very intrigued by the idea of having the freedom to set my own schedule and becoming my own boss. I don’t like the idea of working a 9-to-5 day job at all. I’m someone who loves to collaborate, as you can see the number of collaborations that I have done with other YouTube musicians. I want to become a professional accompanist for instrumentalists or as a vocal coach. I would also love to accompany large groups like choirs or orchestras. I also love teaching, which is something I have been doing since my freshman year of high school. I would love to create my own piano studio and teach young children.

Are there any upcoming projects Mochi readers can look forward to?

I have a few more collaborations with Jun Sung Ahn [read our interview with Jun here] that should be coming out in the near future and another Evanescence cover. I have many more ideas, but none are quite solidified yet. There is also a HUGE project coming out within a few months. I don’t know if anyone will be expecting this at all, but make sure to keep following me because I’ll be making a huge announcement some time this month!

0 Replies to “YouTube Star of the Week: Sherry Kim”