Home EntertainmentTo All the Boys I’ve Loved Before: Author Jenny Han and Star Lana Condor On Bringing the Book to Small Screens

To All the Boys I’ve Loved Before: Author Jenny Han and Star Lana Condor On Bringing the Book to Small Screens

Pouring your overwhelming feelings into a letter is one way to get over a crush. At least, that’s how 16-year-old Lara Jean Song Covey handles her feelings. “My letters are my most secret possessions. I write them when I have a crush so intense I don’t know what else to do,” she narrates in the trailer for the upcoming Netflix film, To All the Boys I’ve Loved Before, out August 17. The movie is based on the young adult novel of the same name by Jenny Han, who came up with the premise from her own experience of writing letters to find closure when she was younger. But Lara Jean’s story differs from Han’s when her letters are mysteriously sent out to the five boys she’s written to get over, including her older sister’s boyfriend.

Lana Condor, 21, who stars as Lara Jean, was drawn to the project because “It’s an opportunity that doesn’t come along, for me, very often,” she says. While she hadn’t read the book before she auditioned, she vaguely knew of the title and was following Han on social media. Known for her roles as Jubilee in X-Men: Apocalypse and Saya Kuroki in the upcoming Syfy series Deadly Class, Condor has dealt with the expectations that come with pre-existing source material before. “There’s always a bit of fear going into a role that has a passionate fan base because you don’t want to get it wrong, but you can’t please everyone. I’ve learned that all you can do is take how you see [characters like] Lara Jean and trust that instinct.”

That being said, To All the Boys I’ve Loved Before is a romantic comedy — a new genre for her. It’s also her first leading role. “There were a lot of moments on set where I was almost brought to tears because I didn’t believe in myself enough,” Condor says. “That validation from others, that I could play a lead, was such a huge thing for me. That confidence in doing the movie and knowing I have the capacity to be a lead — I’m never going to forget it.” 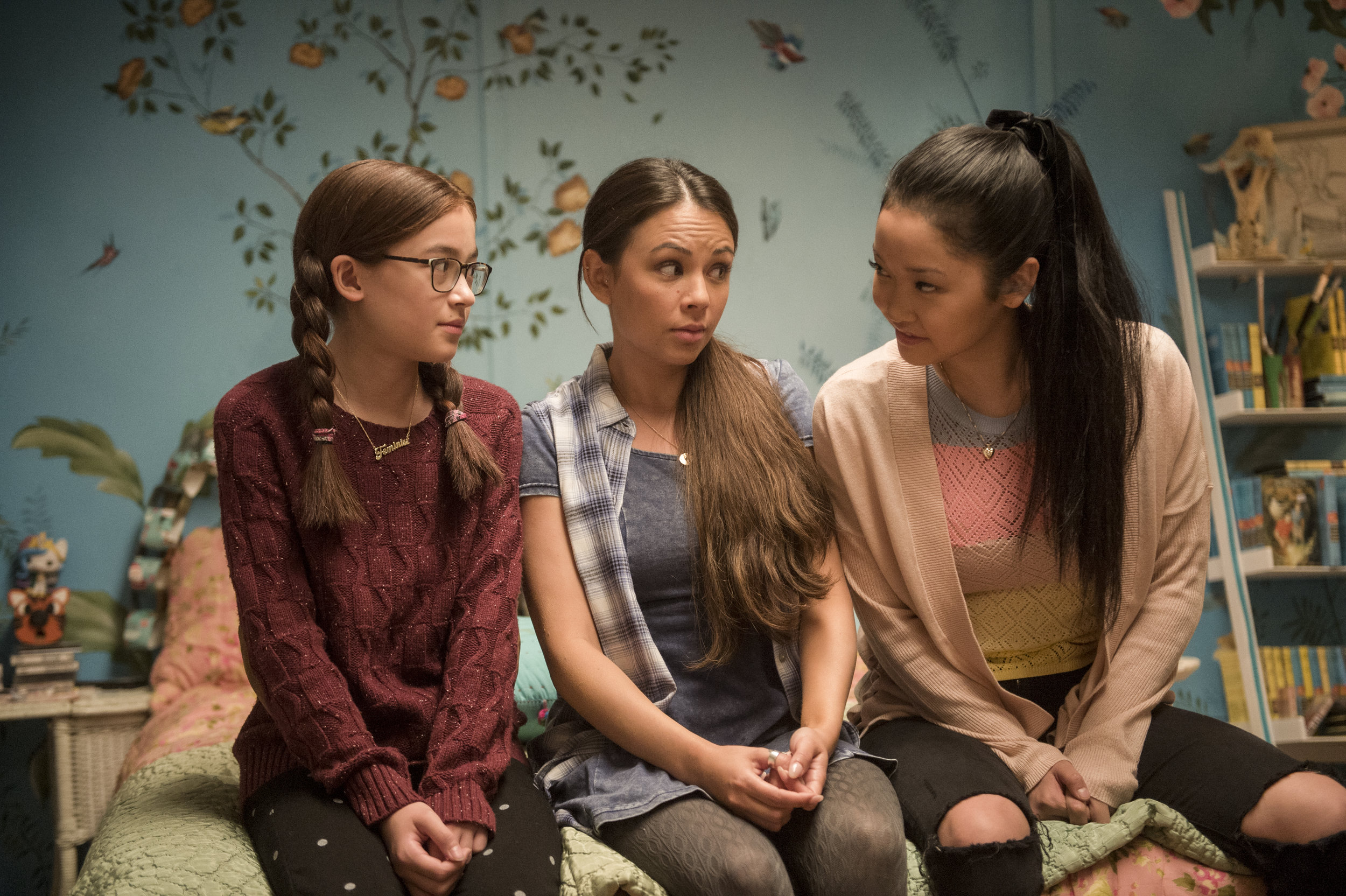 Despite her insecurity, Condor manages to translate Lara Jean onto the screen perfectly. Her character, a junior in high school, enjoys reading romance novels, spending time with her sisters, baking, and watching reruns of The Golden Girls. When reflecting on her connection with Lara Jean, Condor remarks she was similarly shy as a teen and often wrote, and still writes, letters to her friends, families, and loved ones to help articulate her feelings. But while she’s learned to be more outgoing, Condor was attracted to her character because she could relate to Lara Jean living in her own world to protect herself.

Luckily, Condor also had Han on set to help guide her. While the movie differs slightly from the book, it’s a pretty faithful adaptation for the screen, but as a consultant, Han was more focused on capturing the “vibe and spirit of the book” rather than specific scenes. She was adamant on keeping Lara Jean’s style and provided inspiration for the character’s outfits and room. For her, that was part of understanding the character, who despite being “introverted and internal,” expresses herself through her “retro ‘60s and ‘90s meets Asian streetwear” fashion. Han also worked with producers to incorporate small details, like the rice cooker in the kitchen or the fact that Lara Jean doesn’t wear shoes in the house, to subtly address her Asian American identity in a way that felt natural. Lana puts it best when she describes her character as “the American girl-next-door that happens to be Korean.” 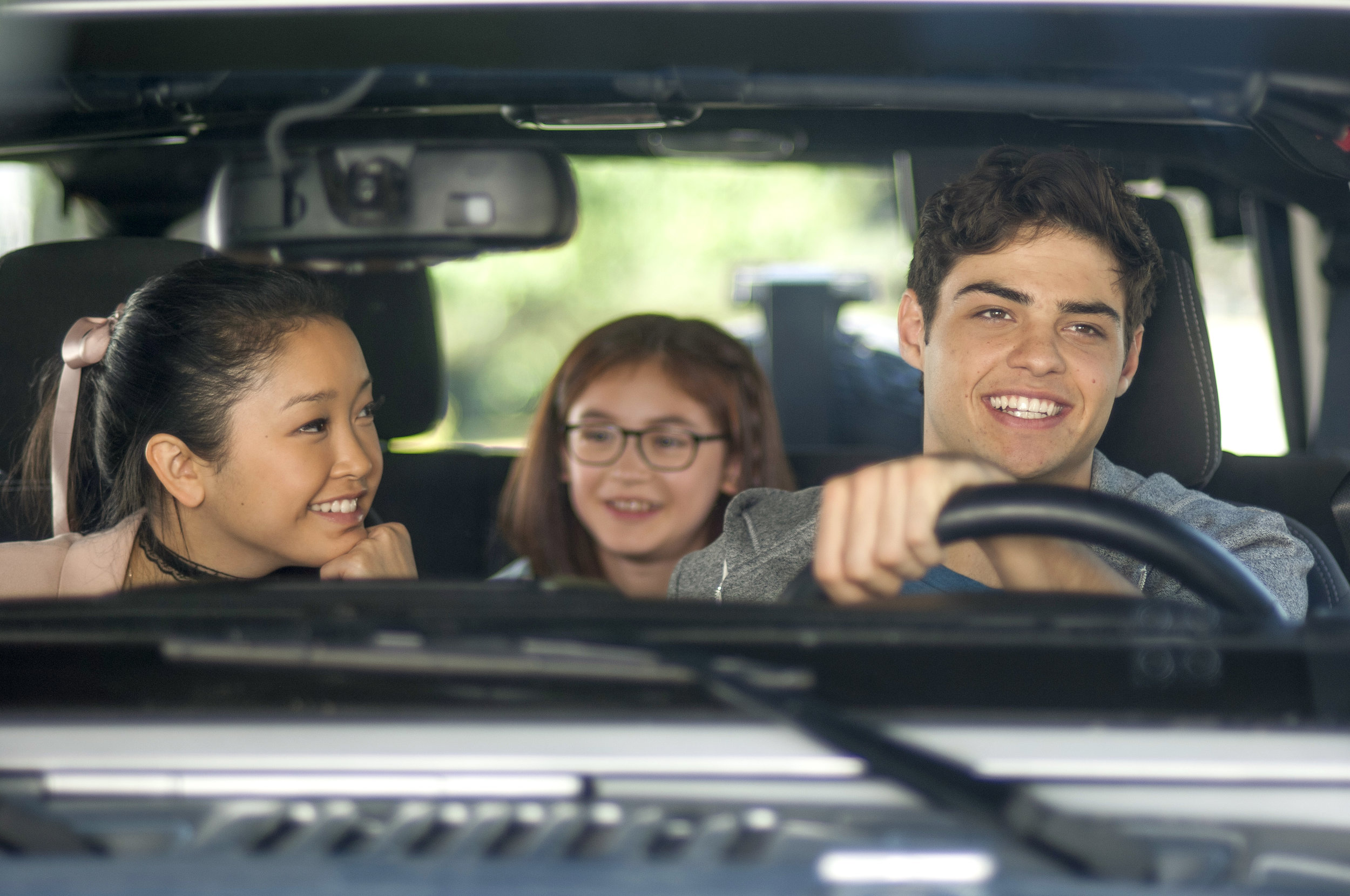 Of course, there are the historical implications of the film in regards to representation. When discussing the significance of her role, Condor says the biggest thing for her was that “[Lara Jean’s] not a stereotype … [The movie] normalizes something that should not be groundbreaking. That’s important to see characters of color as regular people.” For Han, it’s a unique situation that she didn’t see herself while growing up.

The Netflix release comes at a time when movies such as Crazy Rich Asians and Searching, which feature an Asian American cast and lead, are seeing early positive reviews. Condor says that she hopes To All the Boys I’ve Loved Before will get similar results. Both actress and author are excited about the shift taking place with these movies and Asian American creators pushing for more representation in Hollywood, with Han emphasizing, “You need people at all levels of storytelling to be diverse.”

Ultimately though, Condor sees Lara Jean as a “relatable and universal” character. After all, she says, “[Lara Jean] goes through all the same problems that everyone else when they’re 16 goes through of not fitting in, being afraid to be yourself and feeling awkward.” Hers is a coming-of-age story, with focuses on family and self-discovery. In the beginning of the film, Lara Jean avoids attention as much as she can, but by the end, she learns to share her opinions, be vulnerable and stand up for herself. And it’s through her self-discovery that Lara Jean finds romance. By seeing that in the film, Condor hopes that people take away the idea of “not being afraid of love and to love again when your heart has been broken.” Similarly, Han adds, the message she hopes the story will convey is, “You don’t need to change yourself for people to like you. [Lara Jean] still is who she is — her world opens up and expands, but she’s still the same person.”