Home Career, EntertainmentTim Be Told Tells It Like It Is 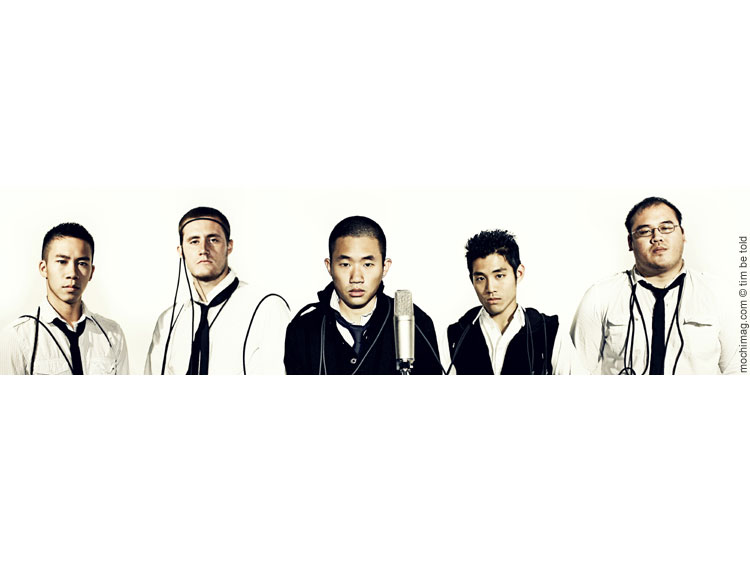 Truth be told, Tim Ouyang has no idea what kind of long-term situation he’s in. But public opinion seems to indicate big plans for this the lead singer/songwriter of Virginia-based pop-rock quintet, Tim Be Told.

“To be perfectly honest, I didn’t know how long this was going to last,” said the ex-architecture major of his burgeoning music career. “I was going to go as far as I could. I can’t believe how many people have related to the music and how much we really love what we do.”

Burning up the college music scene with a power pop sound like that of Jason Mraz meets The Fray, Tim Be Told has become a grassroots sensation since its inception in 2007. Back then, Ouyang was just another University of Virginia student with a longtime penchant for penning heartfelt songs. It was not until he met a friend of a friend, Andrew Chae, then a guitarist from California looking to start a band, that Ouyang considered partaking in the music business full-time. The band was later rounded out with Luan Nguyen (rhythm guitarist), Parker Stanley (bass) and Jim Barredo (drums).

“I knew when I left school, I wanted music to be part of my life,” Ouyang said. “I figured that I’m young; I have my degree. I wasn’t giving up too much. I’m only going to be in my twenties and enjoy life.”

One of the biggest initial hurdles, however, was getting his parents to understand his new calling.

“Growing up in an Asian American household and pursuing music, my parents weren’t very happy. They thought I wasn’t going to survive,” said Ouyang, who is of Chinese descent. “If you’re an immigrant from an another country, what you know is that you came here with nothing and [you’re] doing whatever you can to make a living. Our generation is completely different. We know how to operate within the culture. It was our parents who laid the groundwork for us to do our own thing.”

Despite the generational gap and cultural differences, the singer managed to convince his parents by bringing up a striking point, “I said to them, ‘I don’t think that you guys have worked this hard and this long for me to do be doing something I hate.’”

After receiving a begrudging blessing from his parents, Ouyang’s next step was convincing the general public. Composed of predominantly Asian band members, he and his band mates have experienced some glass ceilings from time to time.

“There were so many people who were skeptical,” he said. “They would look at me funny, like, how is this skinny Asian kid is supposed to be able to sing?”

Ouyang merely views these preconceptions as advantages, however, as it provides the element of surprise when he belts out one of Tim Be Told’s power pop ballads.

Boasting a surprisingly polished sound for mostly self-trained musicians, the band is building up on wave after wave of increasing successes, from winning UVA’s Battle of the Bands to snagging a top ten ranking on MySpace’s unsigned chart. Ultimately, Ouyang says he has not regretted trading in his graph paper for sheet music.

“Even if we don’t top the charts, hopefully we’ll pave the way for someone else to do it,” he said. “We can show other Asian American artists that we can do this. You just have to push and not give up.”