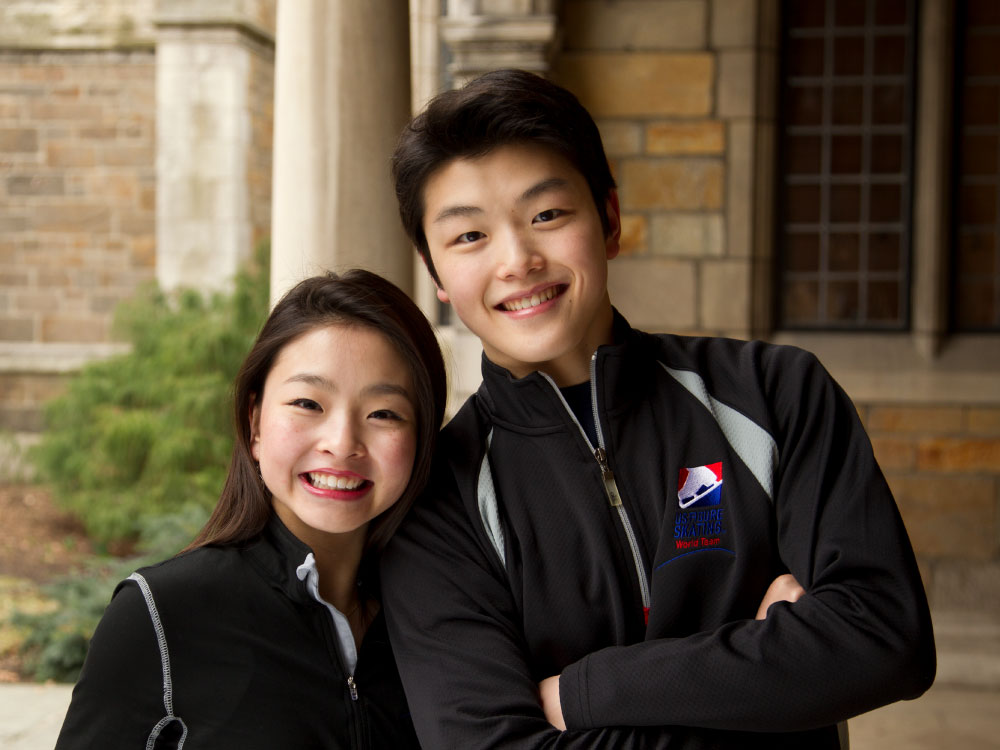 All it took was a family trip to Washington D.C. and some incredible seats at the 2003 World Figure Skating Championships to turn two single skaters into one of the top U.S. ice dance teams.

Maia and Alex Shibutani started skating at four and seven-years-old as single skaters and had, admittedly, not paid as much attention to ice dance, a discipline that combines figure skating and ballroom dancing. But when they watched the World Championships in second-row seats with their parents and grandmother, it all changed.

“We were just so impressed with their speed and power and command of the ice, so we thought that we’d give it a try,” says Maia, now 18. And since she and Alex, 21, are siblings, there was no need to search for a partner—they had each other and took ice dance for a spin the next year. Fast forward nine years and the Japanese American brother-and-sister duo have become the first U.S. team to medal at the World Championships in the senior ranks on the first try with their bronze in 2011, and are now also Olympic hopefuls.

Of course, getting here took almost a decade’s worth of hard work and dedication—not just from the skaters themselves, but also from their parents and coaches. In order to further their career, their parents agreed to uproot the family from the Northeast to Colorado and finally to Michigan. Each move, Alex says, was “one that was integral to us continuing to improve, moving upwards in the ranks in our sport.” And coaches like Kathy Bird, one of Maia’s first freestyle coaches, were integral in getting the Shibutanis to skate together as a team.

Their final move to Michigan allowed them to simultaneously pursue skating and higher education at University of Michigan. Balancing training and academic schedules can be challenging, especially when away on competitions for weeks at a time. Maia, who is completing her freshman year, credits the university’s past and present athletes for helping professors understand their absence. Fellow athletic Wolverines, for example, include Meryl Davis and Charlie White, who are 2010 Olympic silver medalists, 2011 and 2013 World Champions, and the Shibutanis’ training mates.

Together, the four skaters train under the coaching team of Marina Zoueva and Oleg Epstein, alongside 2010 Olympic Champions Tessa Virtue and Scott Moir. As for skating every day next to two teams that completed the rink’s podium sweep at the 2011 World Championships with them, Maia says, “It’s inspiring and it’s also motivating for us because basically every session could be a practice at the World Championships.” 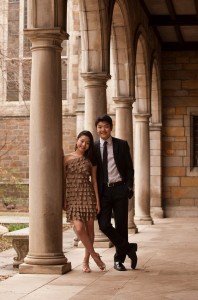 Interacting with slightly older and more experienced teams on a daily basis has also helped the Shibutanis make their smooth transition from junior to senior ranks—there isn’t a more impressive way to debut as seniors than becoming the first ice dance team to medal at both of their Grand Prix events, as they did in 2011.

Of course, the teams all do their part in constantly pushing each other to improve.

“We all keep an eye on what everyone’s doing. It’s nice having your competition at home,” says Alex of their training mates and friends. “It’s a supportive environment and I think a lot of that is through the care and support that comes from our coaching.”

Teaming up with a sibling has also helped keep the Shibutanis on the ice, because no matter where they moved, they have always had each other. “As a brother-sister team, we haven’t been separated,” says Maia. “We’ve gotten to grow up with each other.”

Maia and Alex are a team that has made huge strides in a sport with European roots and generally Eurocentric success. “It’s very clear when you look at the roster for any international competition that there are very few teams of Asian descent,” explains Alex. The Shibutanis became the first team of Asian descent to medal at a major International Skating Union championship when they won the silver medal at 2011 Four Continents followed by their bronze at 2011 Worlds.

Although they don’t focus on being one of the very few Asian American teams in the senior ranks, Maia and Alex do hope to use it to broaden minds of the younger generation in the community.

“While we’re trying to represent ourselves well, as well as our country, we really want to have a good time and show young kids that any avenue in this sport in particular is open to them and that they can be successful at anything that they want to do,” says Alex, bringing up pioneers of other fields like Jeremy Lin and Far East Movement.

No matter how many times it’s been said before, the siblings agreed that loving what you’re doing is the best piece of advice for any career, skating or not.

“It’s important to have a real love for what you’re doing because if you don’t enjoy what you’re doing, it’s a lot of hard work,” advises Maia. “It’s not always going to be easy, so you really have to have that deep love. If you do, you know you’re doing it for the right reason and that no matter what the results are, you can just enjoy yourself and be proud of what you’ve put into it.”