Home EntertainmentSPONSORED: Get To Know This Year’s Finalists for Kollaboration Boston 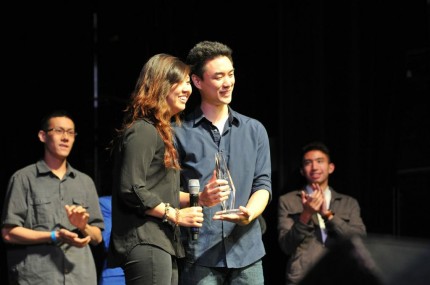 Here at Mochi, we like to foster new talent, and this year is no exception. Six excellent finalists are set to take the stage at Kollaboration Boston’s annual talent showcase Friday night at Royale Boston Nightclub. Tickets will be $15.00
In the past, winners have included Derek Hsu performing the Chinese yo-yo and Justin Chiou with his electric violin. However, this year’s finalists are all vocalists, so it will be interesting to see what they do to stand out among the crowd.

Will it be Harrison Kim, who’s been performing for almost 7 years now, or Johnny Dep, who has been in a few TV talent shows already? Could it be Esther Chung, who is part of the well-known Boston College acapella group Against the Current, or Elise Go, a top 10 contestant in Taiwan’s singing competition Million star? Will it take a trio of girls like Eastside, who’ve opened for David Choi and Clara Chung before, to win it all?

Let us know in the comments who you’re rooting for! And follow Kollaboration Boston on Facebook or Twitter for the latest updates on event time and ticket sales.

One Reply to “SPONSORED: Get To Know This Year’s Finalists for Kollaboration Boston”