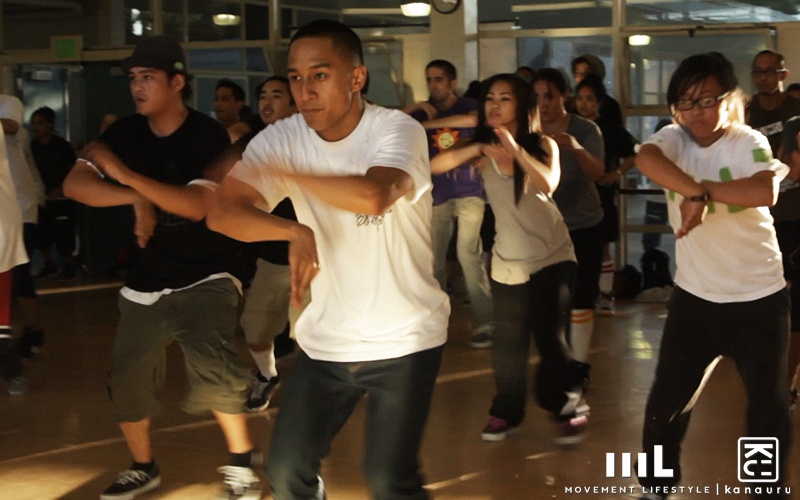 Fans of TV talent shows such as “So You Think You Can Dance” and “Dancing With The Stars” know that those hoofing it up on stage only constitute half the equation. Choreographers are increasingly—and deservingly—sharing the spotlight with performers, allowing a rare behind-the-scenes glimpse into their art and method. For Filipino celebrity choreographer and dancer extraordinaire Shaun Evaristo, that method is often non-verbal—particularly when he’s working overseas, teaching moves to megastars like Korean recording artiste Taeyang.

“We’re able to understand each other through dance alone. Trust is key,” said Evaristo, who choreographed a number of music videos for the K-pop star, including the popular “Wedding Dress.”

Like many of the Asian artists Evaristo works with, Taeyang speaks limited English, and Evaristo doesn’t exactly have an effortless command on the Korean language (though he’s getting there). But words are frequently of little use anyway.

“Taeyang, he’s amazing, such a nice dude. He’s my homie. He works really hard, his work ethic goes over the top,” said Evaristo.

Talking to Evaristo, you’d never know otherwise that the 26-year-old Bay Area native has danced for stars such as Omarion and Vanessa Hudgens, and choreographed for artists including NLT, Travis Garland, Korean groups Big Bang (of which Taeyang is a member) and 2NE1 and the “K-pop prince,” Se7en. He thanks me several times during the interview, seemingly surprised that anyone would want to learn more about him, despite the fact that his Facebook, MySpace and YouTube accounts are overflowing with heartfelt praise and gratitude. One says that simply watching Evaristo was inspirational, while another praises Korean record label for making the smart move of hiring Evaristo for choreography. The words “inspiration” and “amazing” pop up in almost every other comment. 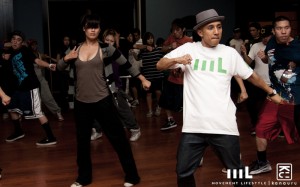 It is difficult to properly capture into words Evaristo’s style of dance. More complex than traditional hip-hop, there is a precision, smoothness and intensity to his moves that elude definition. Even he has trouble putting a label on his own technique.

“It’s more than just hip-hop. It’s just my style. At the end of the day, I just love dancing, and that’s what it is,” said the ever-modest Evaristo. “It’s just exciting to do this as a hobby and really make movement our lifestyle. It’s something that made sense to me.”

Dancing has long come naturally to him. Mimicking Michael Jackson and Janet Jackson music videos from the age of five, and forming dance group Gen2 in his garage with his cousins at 10, there was little doubt for Evaristo that dance was in his future.

After taking tap, jazz and hip-hop classes in high school (where he was frequently the only male in the class), he gradually crafted his own style of slick moves to call his own, forging an early career in dance and choreography that quickly caught the attention of pop stars here and abroad. And unlike many other Asian American narratives, Evaristo’s parents were supportive from the start.

“My parents are the best. They didn’t second-guess me. Whatever I needed, they would give me,” he said. “Through dance, I want to provide for them. I want to give back to them because I’m forever grateful.” 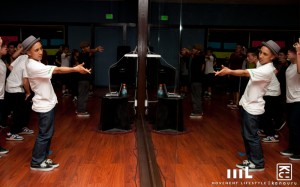 Since moving to Los Angeles in 2006, Evaristo has been quick to do more than just dance. Aside from teaching workshops and choreographing routines, he is also the president and founder of Movement Lifestyle, a “full-service choreography management company” that represents artists like himself. While the company is still in its infancy, he hopes to build it into a larger entity with healthcare for all its employees.

This seems to be his mindset in business, dance and life—that everything is boundless, with no end to the growth of creativity. His advice to budding performers who are trying to find their own style runs in the same vein.

“If you’re trying to be you, the best thing is to explore,” said Evaristo. “Exploring is key. It’s part of the way. Run as fast as you can in that direction. Find you.”

Check out Shaun’s choreography for Taeyang’s music video “Wedding Dress” and a music video of Shaun’s performance to Miguel Jontel – “Sure Thing:”