Home EntertainmentMore Than Just a Pretty Face: Actor Daniel Henney is Both Hot and Humble

More Than Just a Pretty Face: Actor Daniel Henney is Both Hot and Humble 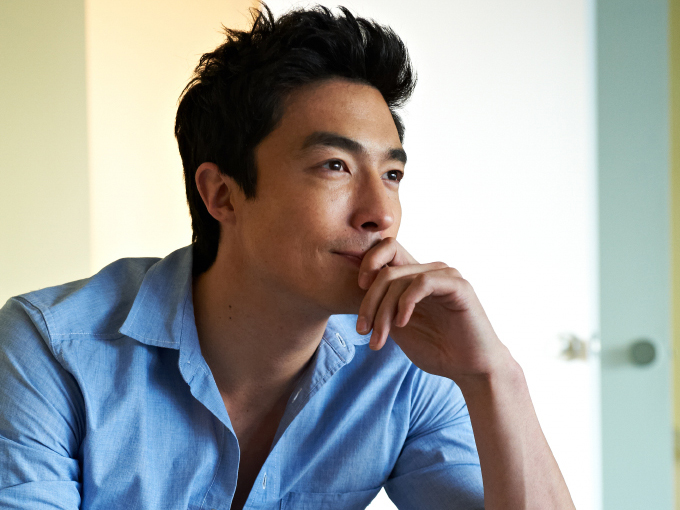 In the weeks prior to my interview with Daniel Henney, I discovered a very curious phenomenon. Every time I mentioned that I would be interviewing him, I would get the same reaction from female friends and family members alike: a wide-eyed gasp, a clasp of the hands and excessive amounts of gushing (“Oh my god, I LOVE him! He is SO hot!”).

To put the gushing into context, here’s a bit about Daniel Henney, in case you aren’t already a fan: He’s a Michigan-born hapa actor, model and international heartthrob, as seen in “X-Men Origins: Wolverine” and the famous Korean drama “My Lovely Sam-Soon,” among other films and television series. Most recently, he starred in the film “Shanghai Calling,” about a Chinese American attorney who is forced to transfer from New York to Shanghai—without having ever been to the city, speaking the language or knowing the culture, despite his ethnic background.

“I just thought “Shanghai Calling” was a beautiful little ‘fish out of the water’ love story that I wanted to be a part of,” Henney said. “The character of Sam attracted me because I lived through his experiences when I first came to Asia many times, and I just wanted to try to convey these experiences to the audiences.”

With his uniquely good looks—thanks to a half-Korean, half-Irish background—it’s easy to peg him as eye-candy, often typecast as the wealthy English-speaking playboy in Asia or the clever Ivy League-educated hottie in the U.S. However, Henney strongly believes in maintaining the integrity of the individual when taking on a role.

“I think it comes down to what you want to do, what image you want to present as an actor, and what you want to convey to the audience,” he said. “Now, especially in the States, I think the doors are opening a bit [for Asian American actors]. But there are still moments when you occasionally get the computer guy role or the sidekick cop—but as an actor you can make those roles unique if you want to. It’s all about what you want as an individual.”

That’s not to say he doesn’t like performing these more light-hearted roles. On the contrary, he let us in on a little secret: “You won’t get a lot of male actors admitting this to you, but I do enjoy doing romantic comedies because they’re a lot of fun,” Henney shared. “With action movies, sometimes it can get pretty heavy. Every day you’re shooting guns, shooting people, running around, acting serious all the time. I like taking a break from action to do a bit of rom-coms. I think it’s good for my soul.” 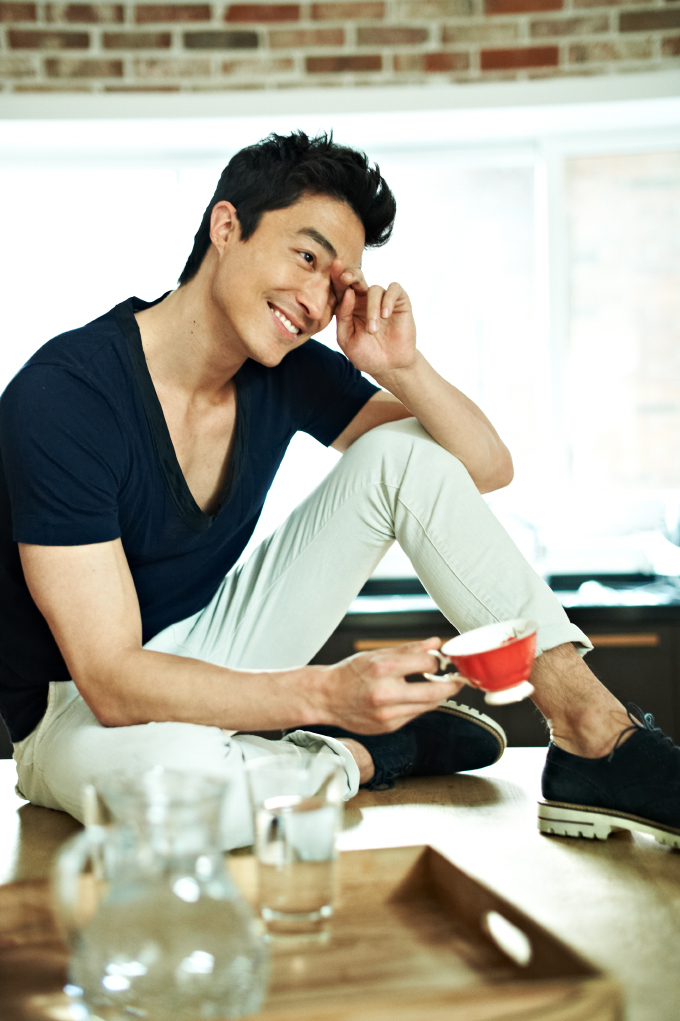 Because he works in two different markets, he admits that things can get pretty overwhelming at times. The day before the interview, he worked 27 hours straight for an upcoming action movie, The Negotiator, due in Korea next summer. Earlier this year, he made 17 flights from LA to Korea in one month.

With his busy transcontinental schedule, he makes sure that his personal style during his downtime is very simple and comfortable. “I just keep it T-shirts and jeans and boots. I wear a lot of hats when I’m in Asia, just because I can’t be bothered to mess with my crazy hair—I have crazy hair from my dad,” he laughed. “I wear sunglasses a lot. I keep it very simple, with lots of blacks, whites, grays.”

So what’s next for Henney? In addition to The Negotiator, he also has another Chinese romantic comedy (entitled F.I.P., opposite Chinese actress Fan Bingbing) coming up, on top of an American independent film that begins production next year. Though he can’t tell me much, he tells does reveal that it’s a historical piece dealing with Chinese culture with a well-known cast. And, yes, he’s the lead.

As with most successes, he has also dealt with his own struggles during his career, but he advises aspiring actors to “never just take no for an answer.”

“You have to be confident, you have to go with your gut. That’s the most important thing,” he said. “You’re going to have doors slammed in your face, you’re going to get a lot of people who tell you you can’t, but at the end of the day, it’s up to you to push as hard as you can.”  He reiterated that while he’s lucky in many ways, there have also been many moments in which he made a conscious decision to stick it out instead of packing up—and clearly that’s proven to be a great choice so far.

At this point, between all his positive qualities that I’ve heard about or come to see so far, like a strong work ethic and easygoing charm, it’s actually his ability to maintain a humble attitude that surprises and delights me the most. He tells me that he tries to visit his parents as often as he can and that he still thinks that northern Michigan has the most beautiful scenery in the world. And when we discuss the reasons for his active involvement with his fans through Q&A sessions and contests on social media platforms, he tells me this:

“I think it’s important for the fans to feel like they have a connection to you. I don’t understand those actors and actresses who feel like they’re holier-than-thou. I’m just a guy from Michigan,” he said. “The fact that people even like me and want to support me? It blows me away. So I think you should cherish that, and, if you have fans, you have to honor that.”

I may be late on the Daniel Henney bandwagon—but consider me a new fan.