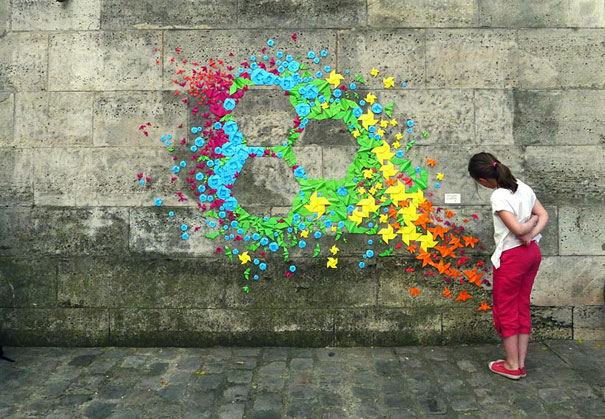 Our former cover girl Jamie Chung, who stars in JJ Abrams’ new NBC show Believe, talks to Refinery29 about how she transitioned to acting, the not-so-glamorous life of jetsetting, and her upcoming nuptials to How to Make It in America actor, Bryan Greenberg.
Tyra Banks and the contestants of America’s Next Top Model will take to the streets of Seoul for the 21st iteration of the hit reality show. It’s believed that Korean model Lee Jin-yi will be competing in the show and K-pop band BtoB will serve as judges for the dance portion of the competition. The ever-popular K-girl group 2NE1 is also expected to play judges during the show. [Audrey]

French artist Mademoiselle Maurice lived in Japan for a year and experienced some of its watershed events, including the 2011 earthquake, tsunami, and the nuclear power plant explosion at Fukushima. Inspired by these events and the work of Sadako Sasaki, the Japanese legend who created 600 origami, Maurice collaborated with local schools and community organizations to create these beautiful paper cranes that tell a story of human solidarity.

If you’ve received your college acceptance letters in the mail recently, you might want to check out AccreditedSchoolsOnline.org’s College Affordability for Minority Students Guidebook, which provides information for minority students on financial aid, scholarships, and grants.

Photo via Audrey by Mademoiselle Maurice