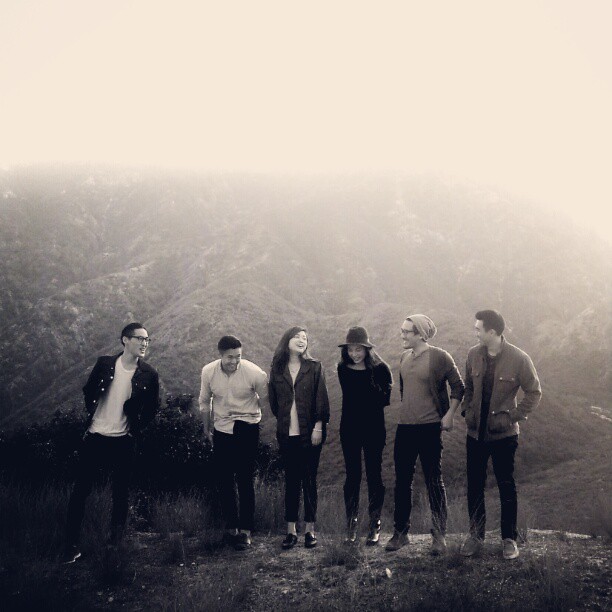 Run River North’s self-titled debut album appeals to a sense of belonging that most of us desire. In doing so, the California-based, Korean American folk-rock band artistically displays its ability to relate to our humanness.
The definition of “home” is a central theme in all the songs, many of which were composed by Alex Hwang, the band’s guitarist and vocalist. The songs also touch on family, immigrant stories, and the emotional process of growing up. “Right now, we really enjoy performing “Beetle” and “In the Water,”” says keyboardist and vocalist Sally Kang, referring to songs about leaving your home or losing a sense of belonging and feeling unsure about the place where you are in life. She also says the band exercises its creativity by adding some musical elements, such as interludes, during live performances. “The point of these add-ons is to keep the audience engaged in the music.”

Run River North has coined the phrase “gangster folk oriental” to describe their music. The word “gangster” indicates that all six members play equal roles in performing the band’s pieces. “We all contribute to composing our music as a gang,” Kang laughs. “Folk” refers to the people that are important to them in the songs. Lastly, the word “Oriental” is a reflection of their Korean American heritage.

The band, which was formerly called Monsters Calling Home, started in 2011 in LifeStream Valley, a church in Granada Hills, California, where they all met. Now in their third year, Run River North recently played at this year’s SXSW and has a growing fan base of approximately 18,000 followers on Facebook. They will be on tour across the Midwest and the East Coast this spring with the Goo Goo Dolls. Check out their album here.