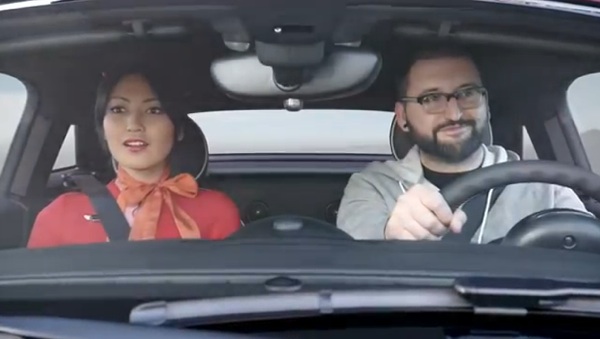 What happens when you put the words stewardess, salt flats, paratroopers, sushi and falcon together and use them in a promotion ad? You get a very random commercial. Mini Cooper asked their customers to describe “The Best Test Drive Ever. Period.” in six words and the winning entry was made into an ad to promote the new Mini. I guess making the flight attendant Asian had something to do with the sushi part. Besides that, the ad is pretty entertaining.