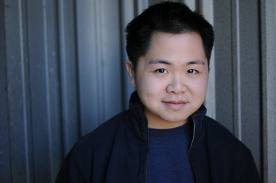 CBS comedy “2 Broke Girls,” has been called one of the hits this season, but recently, the show has come under fire for its stereotypes—especially the portrayal of Korean immigrant Han Lee (Matthew Moy), who speaks in broken English and owns a diner. Apparently, even before the pilot aired there were signs that Han was going to be a horrible character and treated as such.

TV critics have caught on and at the CBS portion of the Television Critics Association tour on Wednesday, executive producer Michael Patrick King got blasted about Han, when the event should have been about the positive aspects of the show. King was not happy and got defensive in his responses to critics’ questions.

All I have to say is that I applaud the critics for taking a stand and fighting for equal opportunity on the small screen. What’s strange is that just this past Monday, a casting call has been put out for a “hot Asian male” for the show.

Hmmm…now why would the casting director do that?