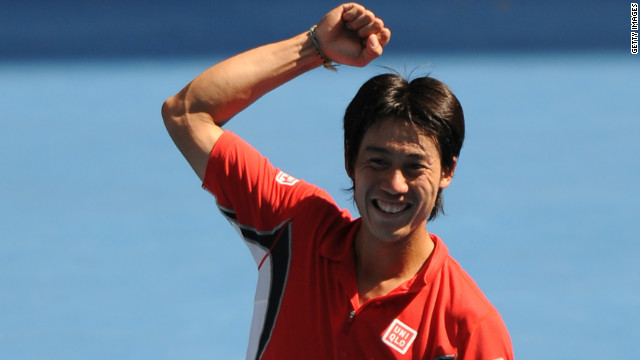 “It’s an honor to make a lot of histories, to be the number one player in Japan,” said Nishikori in a quote from CNN. “But that never gives me pressure.”

He also said that he wishes to inspire Asian men’s players, and hopefully echo the success that China’s Li Na had in the past year, which included her run to the final of the Australian Open and a tremendous championship win at the French Open.

Nishikori, who is 22-years-old, has arguably played the best tennis of his career in the last year by notching up huge wins against top-ranked players. The highlight came this past October, where he defeated world number one Novak Djokovic in Basel.

Although Nishikori lost 6-3, 6-3, 6-1 to Murray in the latest round of the Australian Open, there’s no doubt we’ll see more of him in the future. His tenacity and athletic prowess are a testament to his budding success.