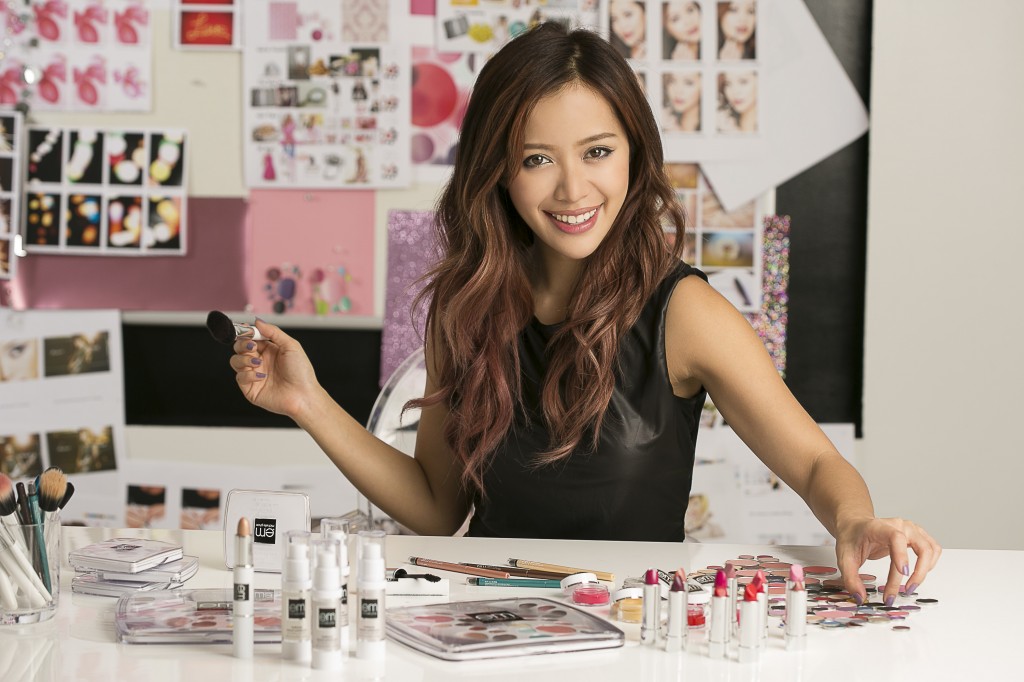 Self-taught beauty guru Michelle Phan has an impressive resume. Aside from her acclaimed makeup tutorial YouTube channel with 4.8 million followers to date, Phan is also a spokeswoman for Lancôme, a jewelry designer, co-founder of beauty site Ipsy, and now the creator of her very own makeup brand, em michelle phan.

“Beauty has always been something that I loved because I grew up in the beauty world,” says the Vietnamese American 26-year-old. “My mom was a nail technician, and after school I would come into the salon and help her out. I would spend all day reading beauty magazines, and I had all these beauty tips in my head.”

Growing up, Phan’s family often relied on food stamps for support. She was one of a few Asian students at her school in Florida. Her classmates made fun of her because she was different, and she kept a personal blog on Xanga under the name RiceBunny to document her everyday musings. “I didn’t relate to a lot of people at my school, so I went online and found my community,” she says. “I built this amazing relationship with my community and I felt like they were my friends.” She continues to add that this “sisterly friendship” continues today on her YouTube channel, Instagram, Facebook, and Twitter—all of which she still manages herself. 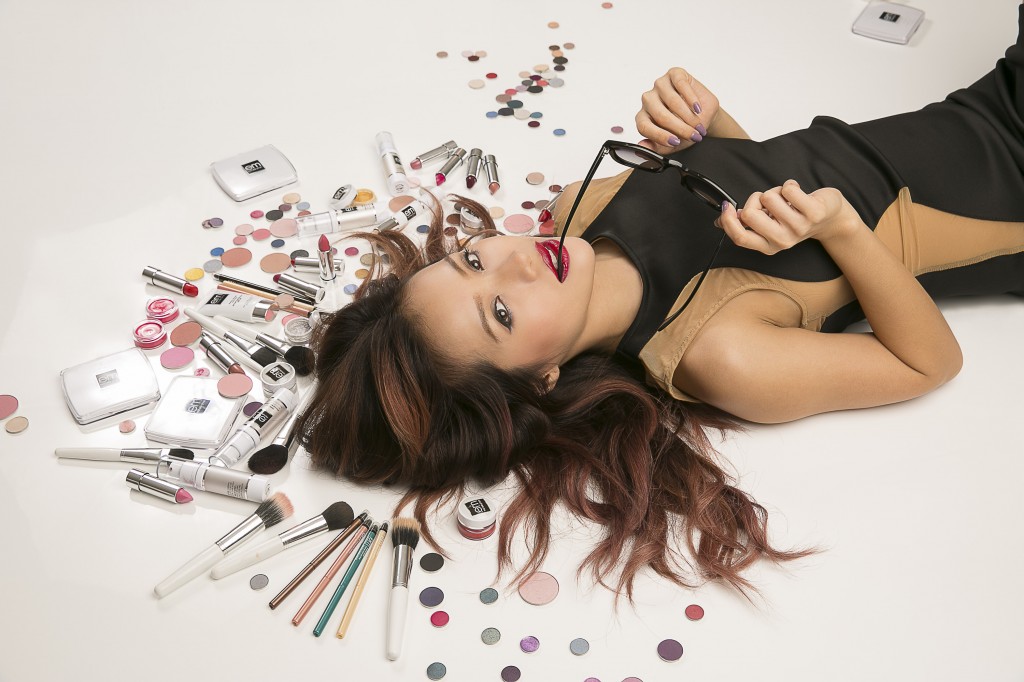 When it came time to think about college, Phan’s mother encouraged her to pursue a career in medicine for its financial rewards and prestige. But after assisting in the ER in high school, she decided that she wanted to pursue art and enrolled in art school, reassuring her mother that she would not be a starving artist and would find a way to support her family later on. “Sometimes, especially growing up in an Asian environment, there are a lot of expectations around who you should be,” says Phan. “If you have a dream, walk toward that direction.”

To help with rent, school, and other living expenses, Phan took on a part-time job waiting tables. She also continued to post on her blog, noticing a spike in traffic anytime she would post content on beauty. One day, a follower requested a makeup tutorial.

“I shot the step-by-step photos, and right before I was about to post it, I thought to myself, ‘Video would be better because [makeup] is almost like painting, it’s better to watch it in movement rather than picture by picture,’” she explains. So with the MacBook Pro she received during her first semester at college, Phan filmed a tutorial on natural makeup. Within a week, it had received a whopping 40,000 views.

Every story-driven video after that first one continued to be inspired by requests from her followers. About a year later in 2008, Michelle applied for the YouTube Partner Program, which monetizes videos with ads and helps YouTubers develop their growing business. Shortly afterward, Phan quit her job waiting tables. “For the first few months [after joining the Partner Program], I was only making pennies, but I loved it,” Phan says. 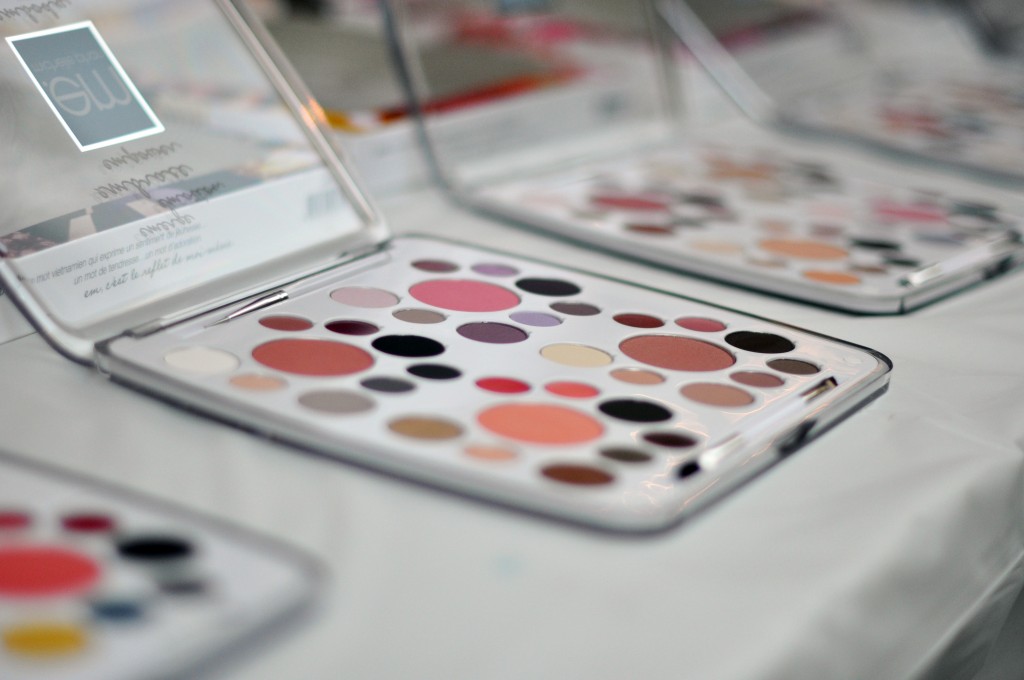 And sure, it was scary, but it’s all about keeping your eyes on the prize when you’re pursuing what you love. “I quit my job right at the recession and everyone thought I was crazy. But I was just happy making something [and] I told myself, ‘[After] I walk out that door, don’t ever come back. Just keep moving forward.’”

Four years and 200 videos later, Phan received a $1 million offer from Google to create 20 hours of content—they had seen how more than 120 million how-to and beauty videos are watched every day on YouTube, with makeup videos being the most frequently searched how-to content.

But her real Cinderella moment came when Phan partnered with L’Oréal to launch her makeup line, em, the Vietnamese word used to affectionately address loved ones. Over the past two years, Phan and her team took on the ambitious goal of creating a 250-product makeup line. They traveled around the world, hosting focus groups to find out what the community wanted, needed, and hoped for in a beauty line. 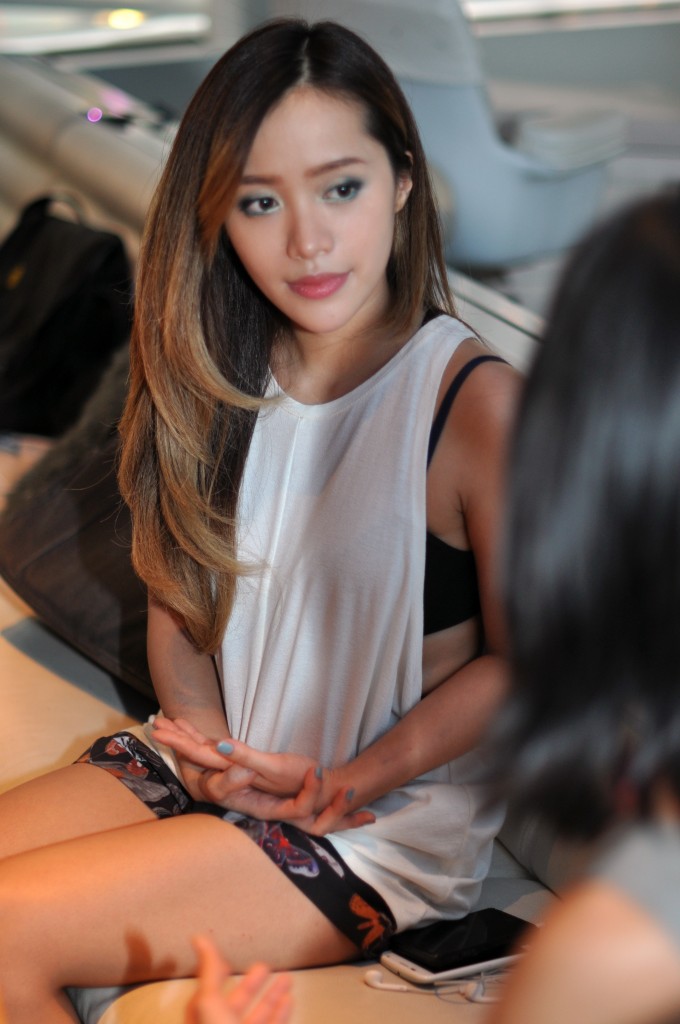 It’s not hard to see the impact Phan has had on her community. Shortly before the start of a fall meet-and-greet for her new beauty collection in New York, there was already a line of more than 50 fans waiting to meet Phan. The line would continue to grow as more and more fans braved the rain for the chance to meet their muse.

Wing of YouTube’s DivaMakeupQueen waited an hour to be the first one to meet Phan at the event. “I’ve been following her ever since her video on Lady Gaga blew up all over the Internet. I’m a big fan. She’s the reason why I started my own YouTube channel,” she says.

Another early arriver, makeup artist John Paul, attributes Phan as the inspiration behind his career: “I followed her since she first started posting videos. She got me interested in makeup, and because of her I’m fulfilling my dream.”

And the feeling is mutual. After the event, Phan posted on her Facebook page: “My favorite part about a meet-and-greet? Seeing your beautiful drawings, reading your kind letters, trying out your favorite beauty goodies, and most importantly, having a chance to see you all in person. Such a blessing that I will never take for granted. Thank you for keeping my flame of passion burning. Love you all so much, my online besties.”

Thinking forward to the future, Phan says, “Digital is always changing, so I go wherever my audience goes. I know for the time being, I want to scale internationally because other places are just starting to embrace social media and create businesses around digital and beauty/fashion.” She adds, “I want to spend the rest of my life doing what I love everyday, and that’ll be enough for me. As long as I can still make a decent income, pay the bills, and take care of my mom, I’m living the dream.”