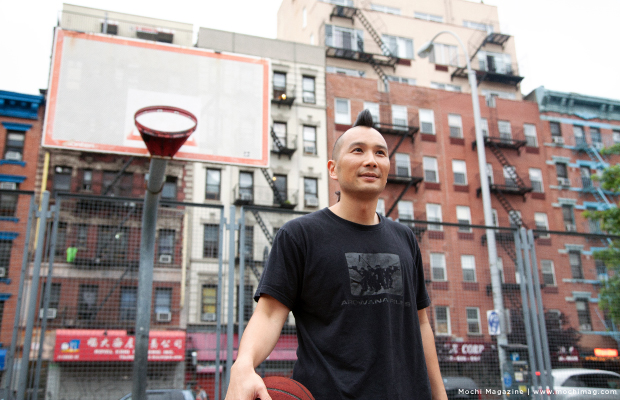 Just a short year after Mochi included Jeremy Lin in our 2011 “25 Under 25” list of up-and-coming young Asian Americans, the Knicks’ point guard came to fame with the second fastest-selling jersey in the NBA.

But before Linsanity gripped the attention of sports and non-sports fans alike, there was just Jeremy, a college athlete completely overlooked by everyone. Everyone, that is, except for one man: Evan Jackson Leong.

As Leong strolls into a boutique-café hybrid in NYC’s Lower East Side for a chat with Mochi, he stops to offer tourists directions to a restaurant around the corner. Nothing about Leong’s laidback demeanor gives away the fact that he counts Far East Movement and “Fast and the Furious” franchise director Justin Lin among his friends or that his film, “Linsanity,” received a critically acclaimed response at the Sundance Film Festival this year.

Maybe Leong’s so chill because he knows he’s lucky. He was able to capture (and experience firsthand) Jeremy Lin’s story from its modest roots to mega-stardom.

Leong first heard about Jeremy Lin from his friend Chris Chen, who later became a producer of “Linsanity.”

“I thought, is this guy 7 feet 9 inches [tall]? Is he a giant center, like Yao Ming? Is he just a guy who shoots?” he remembers. “No, he’s a point guard. He drives, he dunks. He wins games, breaks records. And he goes to Harvard.”

Leong was immediately curious. But more than that, he identified with Lin. Ethnicity aside, Leong also played basketball and hails from the Bay Area. Lin’s less-than-stellar stats didn’t deter Leong’s interest like it did others.

“Big universities passed Jeremy up because they’d never seen an Asian point guard before,” Leong says. “He wasn’t this gigantic, athletically built guy scoring 90 points a game, but he did help his team win.”

Soon, there were talks of Lin making the NBA, and Leong knew he had a story. He didn’t know what story that would be, but his gut told him he needed to approach Lin. 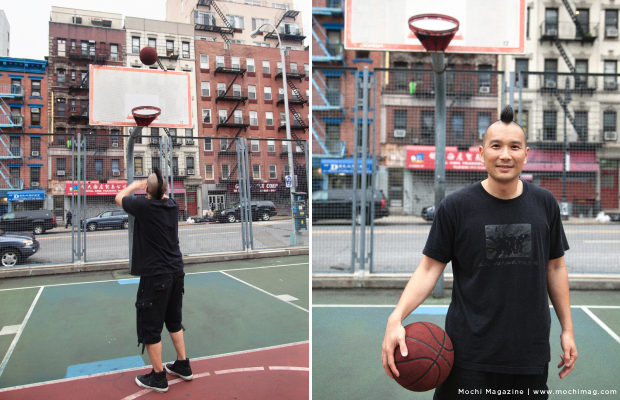 “Jeremy was apprehensive at first,” Leong recalls. “He didn’t want a documentary crew around him. He didn’t want to be a reality star. He just wanted to play basketball.”

But Leong persisted. “I had to convince Jeremy that I was just a conduit of his story and that his story was a much better one than I could have ever come up with,” he said.

Lin finally gave Leong filming access. After they met in the mornings, Leong followed him to practices. He was courtside at Lin’s Ivy League games, for all of his successes and failures, just taping and taping.

Following Harvard, Lin’s career prospects didn’t look promising. Among other setbacks, he was cut by his hometown’s Golden State Warriors and demoted to the NBA’s D-League. Well into their 2011-2012 season, the New York Knicks picked up Lin last minute to bolster a lackluster season and a series of injured and poorly performing point guards. They made him the understudy of understudies—he was placed fourth on the point guard backup chart. The pressure was on. Lin could have easily been cut at any time.

This all changed in February 2012, when the Knicks played the Nets. By then, Lin had only played in nine games, and the Knicks were already 24 in to a 66-game season. They had lost 11 of their previous 13 games. Coach Mike D’Antoni threw Lin into the Nets game as an act of desperation—and he killed it. Lin scored 25 points and brought the Knicks to victory.

Leong’s life changed in the same moment as Lin’s. He was courtside, filming the whole ride. When Leong looks back on this period, he’s still stunned.

“There were times when we were watching these games on the road and I’d wake up and think, ‘Man, someone should do a documentary on this guy,’ and then realize, ‘Oh yeah, I am!’” he says. “We were blown away to be that close. It was like winning the lottery.”

He feels he has a big responsibility as a filmmaker to do Lin’s story justice. Though Lin hasn’t topped his spring 2012 streak, his global impact has not faded. Linsanity lives on in memory and movie form, thanks to Leong’s instincts.

“Even if Jeremy did this again, it would never be on the same level,” Leong says. “‘Linsanity’ is a legacy film that captures the before and after of a moment in history.”

He pinpoints what makes Jeremy’s journey so compelling: “It’s the universal underdog story. It’s a story about chasing your dreams and actually achieving them through hard work.”

“Jeremy is an anomaly on more than just an Asian American level,” Leong says of his friend. “He does things all players would love to be able to do.”

Look for “Linsanity” in select theaters this month. For more information, check out the film’s site.