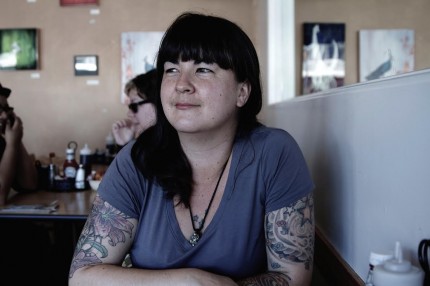 How does a writer with no previous experience in comics write two award-winning comic books? It sounds impossible, but Mariko Tamaki, with her cousin, Julian Tamaki, did just that with the 2008 release of Skim and 2014 release of This One Summer.

Mariko Tamaki describes the differences between comic writing and traditional writing as working a different muscle, and adds that there’s so much more that needs to be conveyed in illustrations for comics. “It’s a good opportunity with comic books to really have this moment of what’s spoken and what’s unspoken,” says Tamaki.

Tamaki, whose background is in short non-fiction writing, decided to move toward the young adult genre when she wrote Skim, the story of a ‘90s goth girl who struggles with her sexuality and identity, as well as This One Summer, a coming-of-age story about two girls, Rose and Windy, who spend their summers at a lakeside cottage. 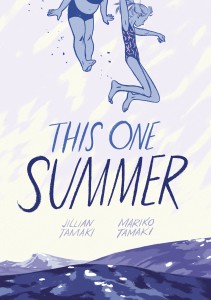 Tamaki is drawn to the in-betweenness of the teenage stage and its conflicts. “There’s a certain type of struggle involved in being a certain age,” she says. “The idea of what’s real and what’s not, the idea of what’s authentic in your life, the things that people struggle with their whole lives—it starts really when you’re a teenager and stepping into that void of ‘there’s nothing that’s for sure.’ ” Sound familiar, Mochi readers?

With This One Summer, Tamaki was inspired by a rumor that there was a Burger King that made girls pregnant. For Tamaki, that was bizarre—how it was a place that led to pregnancy, not the act itself. “I just thought that was such an interesting notion. It spoke volumes to me about how people talked about pregnancy. It was this weirder, disconnected way about talking about things and it seemed to me like a jumping point for not just pregnancy and sex, but also what it means to talk about things directly and indirectly as well as what the consequences are,” Tamaki says.

As much as This One Summer seems to be about youth and growing up, it also examines adults and their flaws. Rose’s parents’ struggles are reflected in Rose’s relationship with her friend, Windy. While Rose is trying to figure out how to be an adult, her parents are trying to figure the same things out as well.

The complexities of Tamaki’s stories perhaps are a reflection of her own life. She grew up noticing the differences between the two cultures that she was a part of—Japanese and Caucasian. She recalls how people would call her Chinese when she was younger, but she knew she wasn’t. “I didn’t grow up with labels, and it was also around that time when I came out of the closet and had to distinguish myself as being gay,” she says. “I’ve always been a different person in this way that I’ve never really articulated.”

To other struggling teens, Tamaki says, “The advice that I’ve always had and the advice that’s always been in the books is that it’s not as bad as you think. It’s bad, but it’s not the end of the world. This is a small corner of your life, a not-so-great part. It’s just a corner and you will grow out of it. Your problems won’t go away, but the overwhelming feeling is only ever in that moment.” We hope to see more of these themes in her next young adult novel, Saving Montgomery Sole.