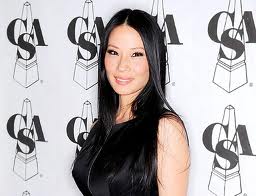 Here’s an interesting casting decision: Lucy Liu is going to play Sherlock Holmes’ sidekick Joan Watson in the CBS drama “Elementary,” which takes place in modern New York City. We can’t wait to see the relationship unfold between Holmes and a female Watson. Perhaps she will be more fierce? We hope so. The overview of the new take on the famous British detective and his (now female) sidekick is that Sherlock, a former consultant for the Scotland Yard, has landed in New York City after multiple stints in rehab. Once he gets out, Sherlock meets Watson, a former surgeon whose license was revoked after one of her patients died. The show’s name refers to Holmes’ famous line, “Elementary, my dear Watson.”

I have to say, this is a creative and very different way of showing Sherlock and Watson. I can’t wait to unravel this mystery!