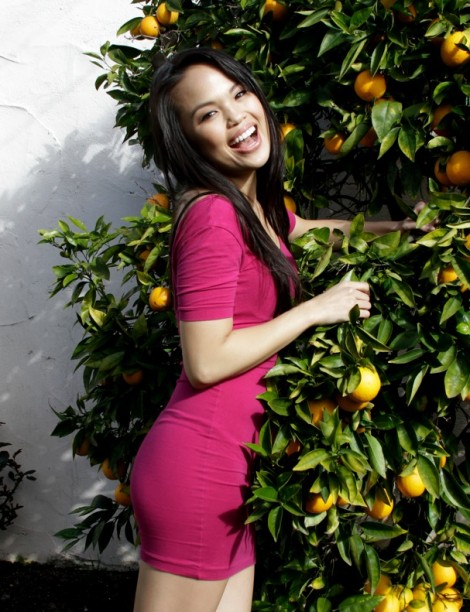 For Nikki SooHoo, acting isn’t just a job; it’s part of a framework through which she can use her voice to change the world.

“My mom always tells me, ‘I just want you to be happy and to make the world a better place,’” said the 21-year-old Orange County native. “And that’s exactly what I’m going to do through acting. I’m going to use my voice to make a difference, to reach out to charities, to spread the message to people so that they reach out as well.”

SooHoo’s acting career began seven years ago when she was 14, but her preparation for the profession began long before she reached high school. The third-generation Chinese American grew up in a culture of support and high standards of achievement. The actress recalled that her childhood also exposed her to a lot of new experiences. “My parents pushed me into everything that I could possibly do: dance, play basketball, play soccer, play tennis, play golf … I pretty much tried every single sport,” she said with a laugh.

Her family has also directly inspired her to enter the realm of performing arts. “My whole family is very artistic,” she said—her father owns a graphic design firm and her brother is a salsa dancer. The family’s enthusiasm for fine arts is clearly reflected in SooHoo, who in February organized a charity event bringing Los Angeles-based dancers, spoken-word poets and other artists to the Orange County Children’s Therapeutic Arts Center (an organization providing opportunities for special-needs and at-risk youth) to perform and talk about their work. 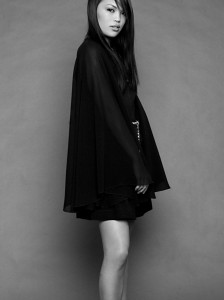 SooHoo’s latest role was in Peter Jackson’s “The Lovely Bones,” where she played Vietnamese teenager Holly in protagonist Susie Salmon’s afterlife. She elaborated, “[Holly] is not only [Susie’s] best friend, but also the spiritual guide who helps Susie get from the in-between to heaven.”

Her first major role was gymnastics movie “Stick It” (2006), where she trained for three months to play gymnast Wei-Wei Yong. She then played Christina in “Bring it On: Fight to the Finish” (2009).

“All my characters that I’ve ever played have kind of been like me,” she said, reflecting on the course of her career. “They accentuate a part of me that is quirky or fun or happy-go-lucky, and also fun and lovable.”

One of SooHoo’s goals is to become an agent of social change. In particular, she strives to represent the Asian minority in Hollywood and eventually hopes to introduce more diversity to the film business. “I want to set a good example as an Asian American in the [acting] industry,” she said. Her manager, Addison Witt, believes that SooHoo is well on her way to achieving that goal. “As an actress of Chinese decent, Nikki has already had an influence on Hollywood’s claim for diversity in ways that can only be fully told as time progresses,” he said. 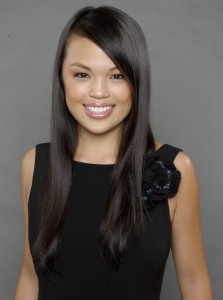 On her days off, SooHoo is a college student studying world arts and culture at UCLA. “Education has always been a really important part of my life,” she said. (Her mother, a professor at Chapman University, often emphasizes the importance of going to school). In addition, she is involved in a wide variety of extracurricular projects, ranging from participating in a UCLA dance team to organizing charity events in her community.

However, SooHoo is undaunted by the high investment of time and effort needed to excel in all her activities. “I’ve always thought that I could do multiple things at a time,” she said.

After graduating from college, SooHoo hopes to move on to graduate school while continuing her career as an actress. In addition, she is “really interested in learning and delving into the psychology of nutrition.” She specified, “I want to help fight the American obesity problem by studying the psychology behind [eating], because it is mainly a psychological problem.”

No matter what, the actress appreciates the feedback she receives from her fans. “I like to connect with [my fans] on a personal level,” she said. “A lot of them truly inspire me a lot—they write to me on Facebook, on Twitter, on MySpace, and it just moves me [to read] how much they loved a certain movie, or how they respect me or how they want to get into acting because of me.”

She added, “If it weren’t for them, I wouldn’t have a voice—and I wouldn’t be able to reach out if no one was listening.”