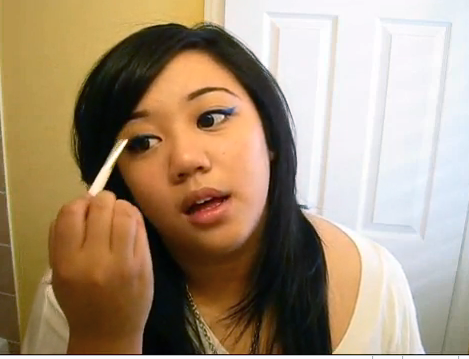 These days, online beauty gurus, who teach viewers makeup and hair tricks through uploaded videos, are a dime a dozen. But 18-year-old Canadian Michelle Trinh has managed to stand out among the pack as one of the most followed experts on the internet. Going by YouTube handle “s2pandapple,” Trinh has had nearly 10 million views since she shared her first video in 2008.

After watching amateur makeup tutorials online, Trinh began to imagine herself in front of the camera doling out the same kind of beauty advice. At the end of her junior year, she decided to follow in their footsteps by creating an account and dusting off her digital camera. “In the beginning, I was ecstatic every time I got a new subscriber and very grateful that I had viewers. It wasn’t until I started posting hair videos that I started to receive many more followers,” she said. “At first, I didn’t think it was real because I couldn’t compare myself to the gurus I looked up to. I am extremely grateful for the amount of followers I have now and still can’t believe how I’ve reached it.”

Trinh originally kept her videos, which include tutorials on cutting your own side-swept bangs and painting zebra-striped tips on your nails, a secret from her friends and family. She was later exposed when her brother discovered her YouTube channel on her monitor and when classmates caught wind of the viral buzz of her videos. “To this day, I’m still embarrassed and shy [about my work],” she said, “but I know my friends and family are very proud of me. My parents are always concerned about my safety and well-being on the internet—interacting with people I’ve never met—but now they like to brag about me to their friends.”

The video star is currently in her first year at Humber College, majoring in Cosmetic Management. Trinh admits that up until now, she never had any formal training with hair or makeup, crediting her mother and aunts with teaching her how to do her hair.“For makeup, I think some of my ability comes from my artistic talent, and my only makeup trainers were the helpful gurus on YouTube,” she said. After finishing her education, Trinh dreams of becoming a professional makeup artist and hair stylist. “I would love to work in theatrical shows or something like Cirque De Soleil, where I can expand on more than just makeup and makeup art,” she said.

For future gurus, she offers sound advice. “They should make videos for their own enjoyment. Many people get caught up in the glory of money and free products, and they start to lose the objective of why they wanted to make videos,” she said. “Be true to yourself and never change to please others. After making videos for so long, I’ve learned that you can never please everyone.”

To see what the fuss is about, visit her YouTube channel at http://www.youtube.com/user/s2pandapple.