Home EntertainmentNot So ‘Awkward:’ MTV Star Jessika Van Comes Into Her Own

Not So ‘Awkward:’ MTV Star Jessika Van Comes Into Her Own 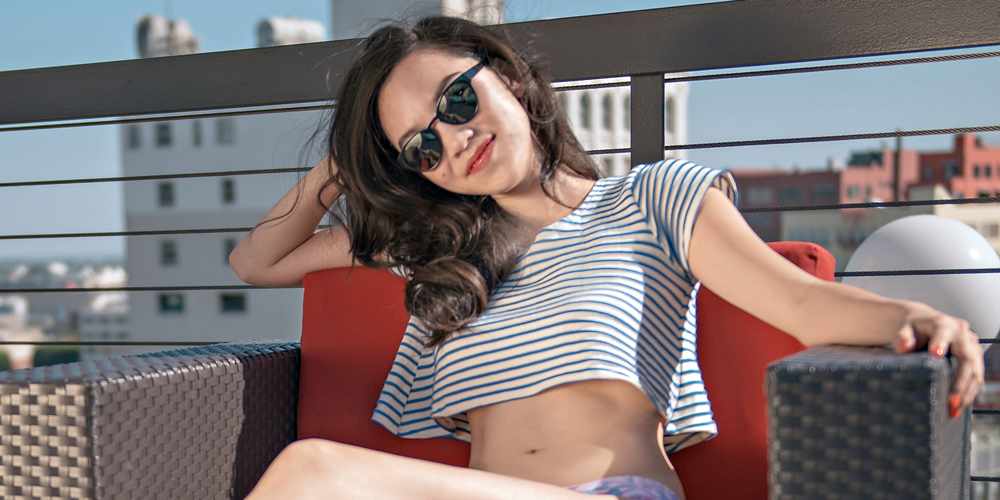 MTV actress Jessika Van never expected to make it in Hollywood. She was a classically trained pianist and violinist with her eyes originally set on Broadway—or at least, that’s how she felt before she experienced how cold New York City could be in the winter. During a Christmas trip in high school in the midst of endless hail and snow, Van hurt an ankle and never wanted to leave her hotel.

So she shied away from the Big Apple, remaining in her hometown of Los Angeles to spend her undergraduate years at UCLA. While in college, she continued to audition for musicals and dabbled in acting classes as she wrote and recorded music. Between that original love and her parents’ desire for her to find a stable career, Van still wasn’t completely gung-ho on the idea of acting for a living.

But that began to change after she spent a semester studying under one professor, “a crazy Polish guy” who made her look at the art form in a new light. “Acting is the one thing where I get to experience so many different lives in my one lifetime,’” Van recalls him telling her. “I had never thought about it that way.” Looking back, she sees that moment as one that deepened her interest in acting as a viable career—one that would introduce her to new worlds and allow her to explore varied interests through her characters without necessarily committing her own life to those choices.

Before graduation, Van began auditioning for acting jobs and continued to produce music, while hostessing short-time so that, as her dad suggested, she would have a “stable” job to fall back on. But when sudden auditions interfered with her hostess schedule, she realized that she had a choice to make. “I thought, I’d regret it if I didn’t try it—so at least I should just go for it,” she says of diving into acting head first. 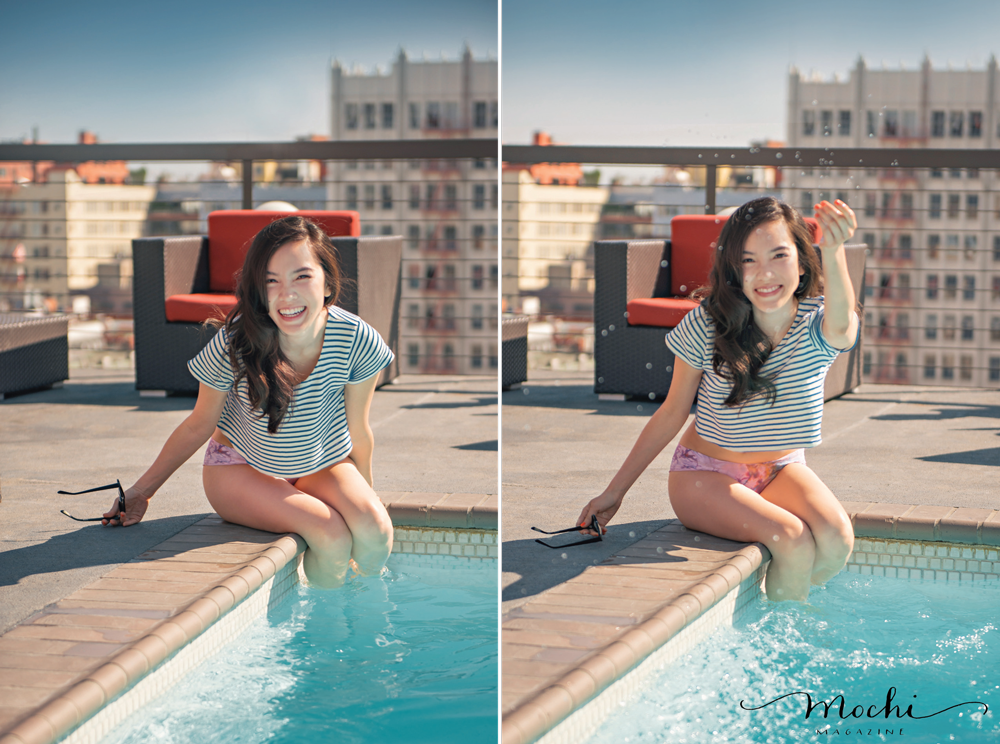 As luck would have it, she wound up on the big screen after a casual chat with a neighbor who then recommended her to a manager he’d once worked for. “I would hear him playing the guitar all time, and when we talked, he was like, ‘Oh, you can sing, you can dance. You have a great voice. Why don’t I introduce you?’” she recalls appreciatively. And just like that, her acting career began to take off.

After a mere six months of auditions, Van booked one of the lead roles in the comedy feature “Foreign Exchange,” a 2008 indie movie about high school seniors taking it easy during their last year of school. “Jennifer Coolidge was the ‘big name’ on the job at the time, and I’ll never forget the day she came on set,” she recalls. “They were helping her with her wardrobe or hair when I walked up from the parking lot. I got so excited, I didn’t notice the puddles, and slipped and fell right in front of her. Really embarrassing.”

Soon after, Van began regularly landing roles in films like Bryon Q’s “Bang Bang” as well as in TV shows like “Without A Trace,” “Cold Case,” and Disney’s “A.N.T. Farm.” And after appearing in Megan Lee’s “Destiny” music video and a Fung Brothers YouTube comedy sketch about Jeremy Lin, she amassed a dedicated and growing Asian American fan base. 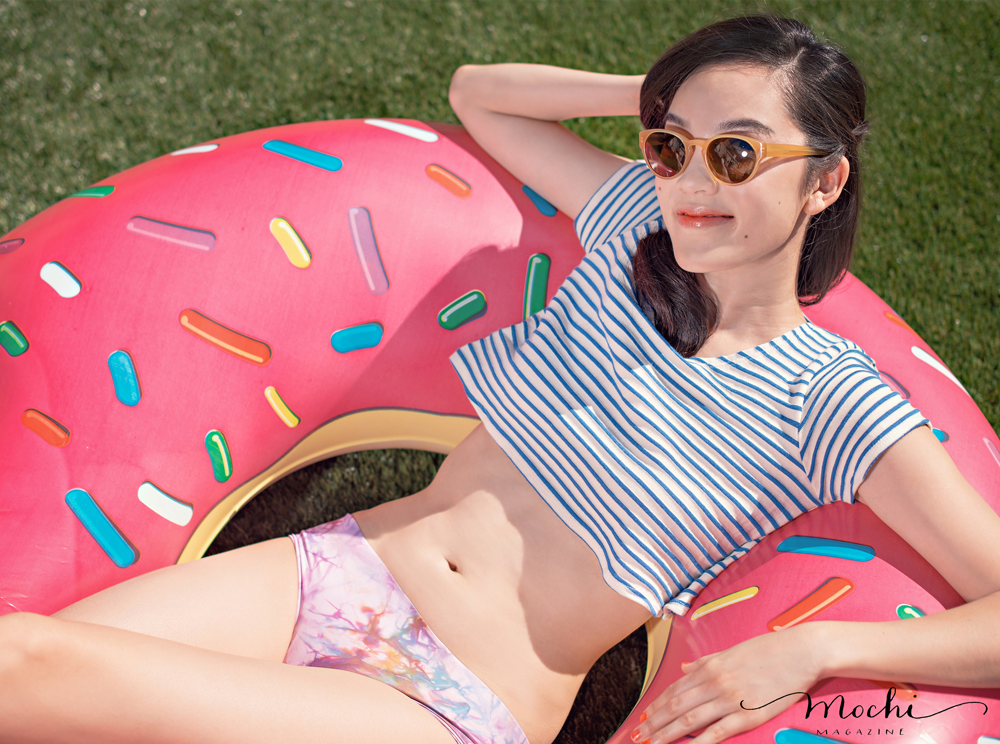 But these days, Van is most known for her role in the second and third season of MTV’s hit comedy, “Awkward,” in which she guest stars as the character Becca, the ringleader of the Asian mafia. “I think she’s one of the most fun characters,” Van says of her onscreen persona. “She has her own mafia, an assistant, and the key to an entire empire of people that will do whatever she says.”

While the actress admits that it was fun to be mean onscreen without any real-life ramifications that would come hand-in-hand in real life, admiration for her character’s quick wit is a part of her fondness for her character. “Becca always had the right thing to say. In life you never think of the witty comments on the fly, but Becca just always has it down,” Van says.

Unsurprisingly, the young actress is drawn to roles that have depth. “I do like characters that are strong and have that fight buried somewhere to be a strong woman, to make something of themselves,” she says. Still, it’s important for her to grow as an actress and not take on the same personalities and stories over and over.

And while Van is currently making big waves in the acting world—having, in addition to exploring a range of character roles, written, directed, and produced a short film on her own entitled “Bereft”—she remains passionate about her first love: music.

“It’s hard to manage with an acting career, but I’ve been talking to some producers,” she shares, describing her music style as edgy and experimental with a touch of dreaminess. “Hopefully, I can get an EP out in the open soon.” She’s also optimistic about combining her two passions, with the hope of incorporating her music into one of her movies one of these days. Maybe she’ll even end up tackling the Broadway world again—in the summer, of course.