Home Entertainment, RelationshipsHow Get Used To It Tackles Filipino American Culture and Dating 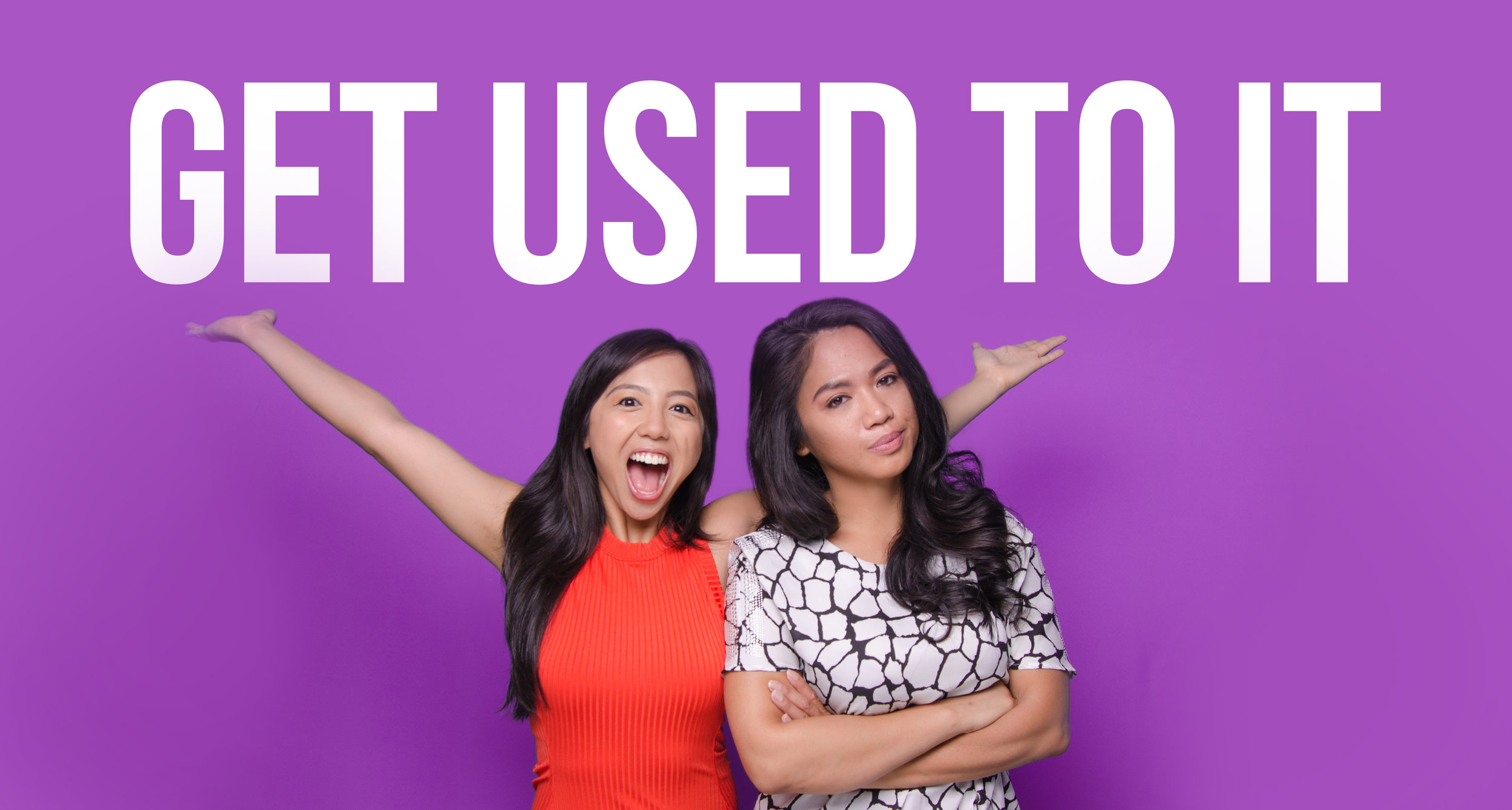 If you’ve been juggling questions about race, identity, and interracial dating, look no further. Josephine Leily and Melanie Anne Padernal’s web series Get Used To It may have your answers.
Well, maybe not all of them.

“Girl, if we had the answers to those questions, there would be world peace by now,” Padernal jokes while discussing the four-episode series with Mochi. She and Leily may not have found their lifelong answers, but they did learn they aren’t alone while diving into those questions about dating outside or within their own race in Get Used To It.

“It’s such a taboo topic to talk about dating within your own race. For us, we just really wanted to better understand why that was,” Padernal says.

Thus, the two Filipina American actresses created Get Used To It, available on Facebook.

The show, which Padernal describes as “HBO’s Girls meets The Office,” centers around two co-workers, Bianca (Leily) and Maya (Padernal), who discover they have more in common than they thought and embark on a journey to find themselves and explore their relationships.

Though Padernal calls Get Used To It the co-creators’ “own take of life,” it resonated with strangers and friends alike because it tackled universal questions, regardless of personal experiences.

“Talking to friends and having them watch the series, a lot of them are like, ‘Oh my God, I didn’t realize you guys were dealing with the same things that I was dealing with,’” Padernal shares. 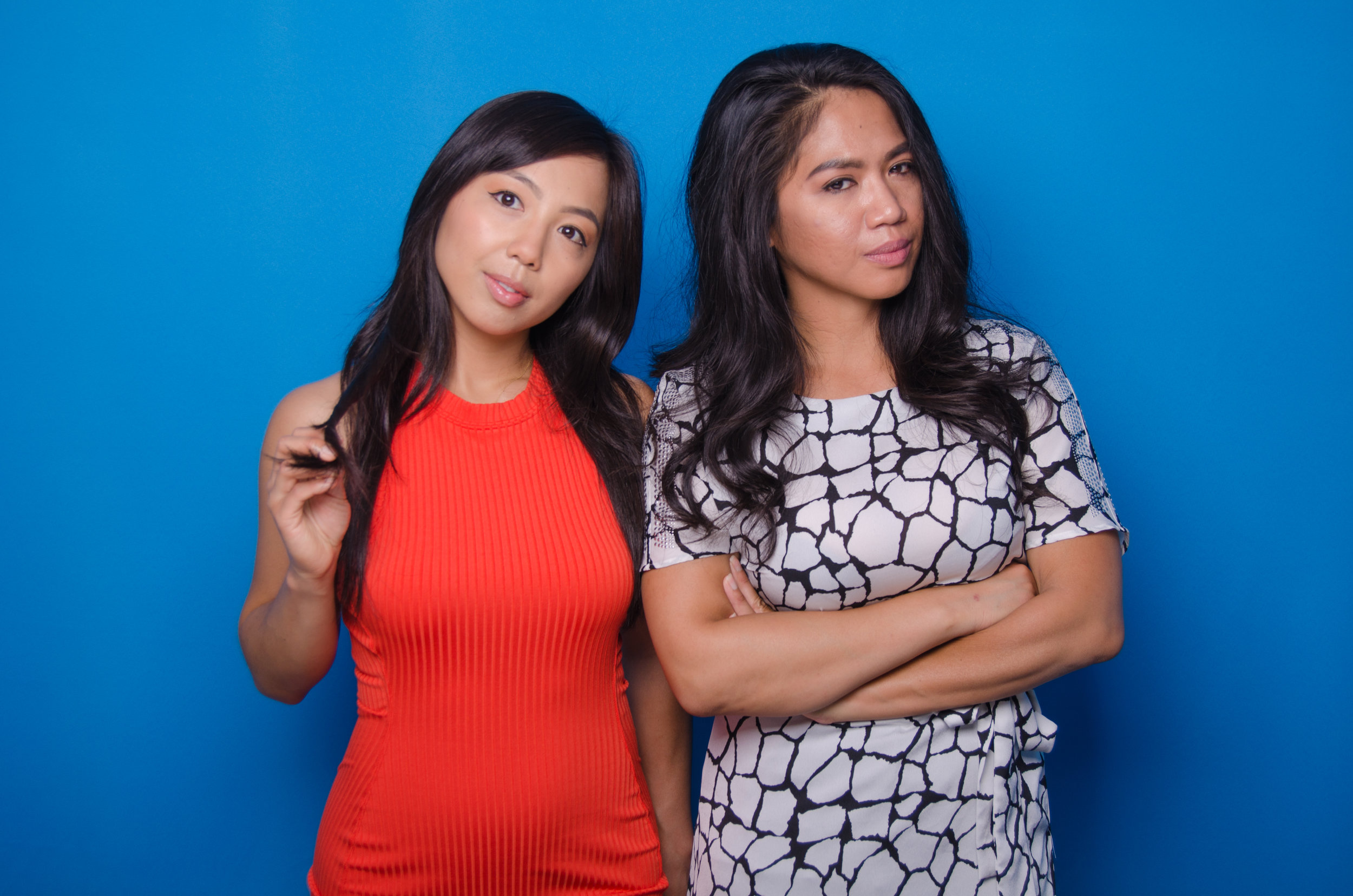 What you end up watching is two women with different personalities and backgrounds—like Leily and Padernal—encouraging each other to take risks and dig deeper into their identities. “Even though they’re co-workers, it almost feels like a sister relationship,” Leily describes Bianca and Maya’s connection.

That bond developed off-screen, too, as the real life friends, who first met in 2011 at San Francisco’s American Conservatory Theater, became closer during the making of the series as it required them to tackle their own battles.

“The process of doing this series was a lot of answering questions, exploring, and going into some things that I may not have necessarily been conscious of over the years,” Leily says. “It was really just a healing process, even in the process of just getting to know Melanie and Melanie getting to know me and being really open with another Filipina about my experiences.”

Padernal agreed with her co-creator, echoing Leily’s sentiments on a larger scale: “Honestly, it just felt really empowering to create a series that opened up conversation about identity, race, and relationships with the foundation being the Filipino American culture as Josephine and I know it.”

Proper representation for both Asian Americans and females drove the pair to fully develop Get Used To It after initially producing the first episode as a one-off project.

“I think the great thing about it is Asian Americans, specifically Filipino Americans, are able to see us as actors and as creators,” Leily says. Though diversity on screen has increased with help from shows like Dr. Ken and actresses like Karen Fukuhara, the two recognize there is more work to do.

“It was really fueled by us just wanting to learn more about our culture while also trying to bring more brown faces on the screen, bring more Asian Americans on the screen,” Padernal says. “Growing up, the only person I saw that looked like me was Lilo in Lilo & Stitch. I didn’t think of it as a kid, but looking back, you want [little girls] to have role models and to see that they’re able to do things. The fact that Josephine and I are doing this project, writing and creating our own stuff, is a great step in the right direction for female content creators in general.”

The duo plans on continuing to create with a second season of Get Used To It. “We left the cliffhanger for a reason,” Leily teases. “Maya’s got decisions to make!”

For now, the co-creators are focused on season one and their individual projects—feature film Bernard and Huey for Padernal and Artistic Standard TV’s Off the Track for Leily.

As Padernal says, “If we have a story to tell, it’s our job to tell that story.”