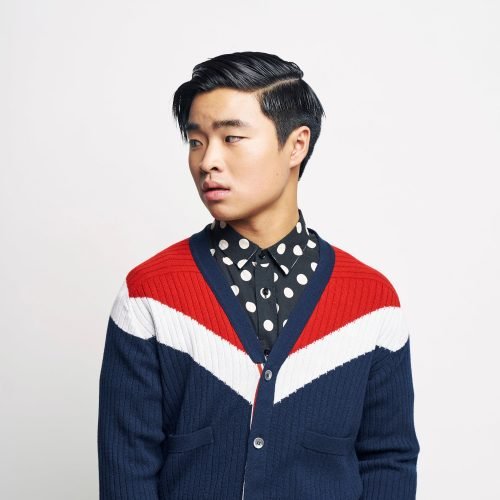 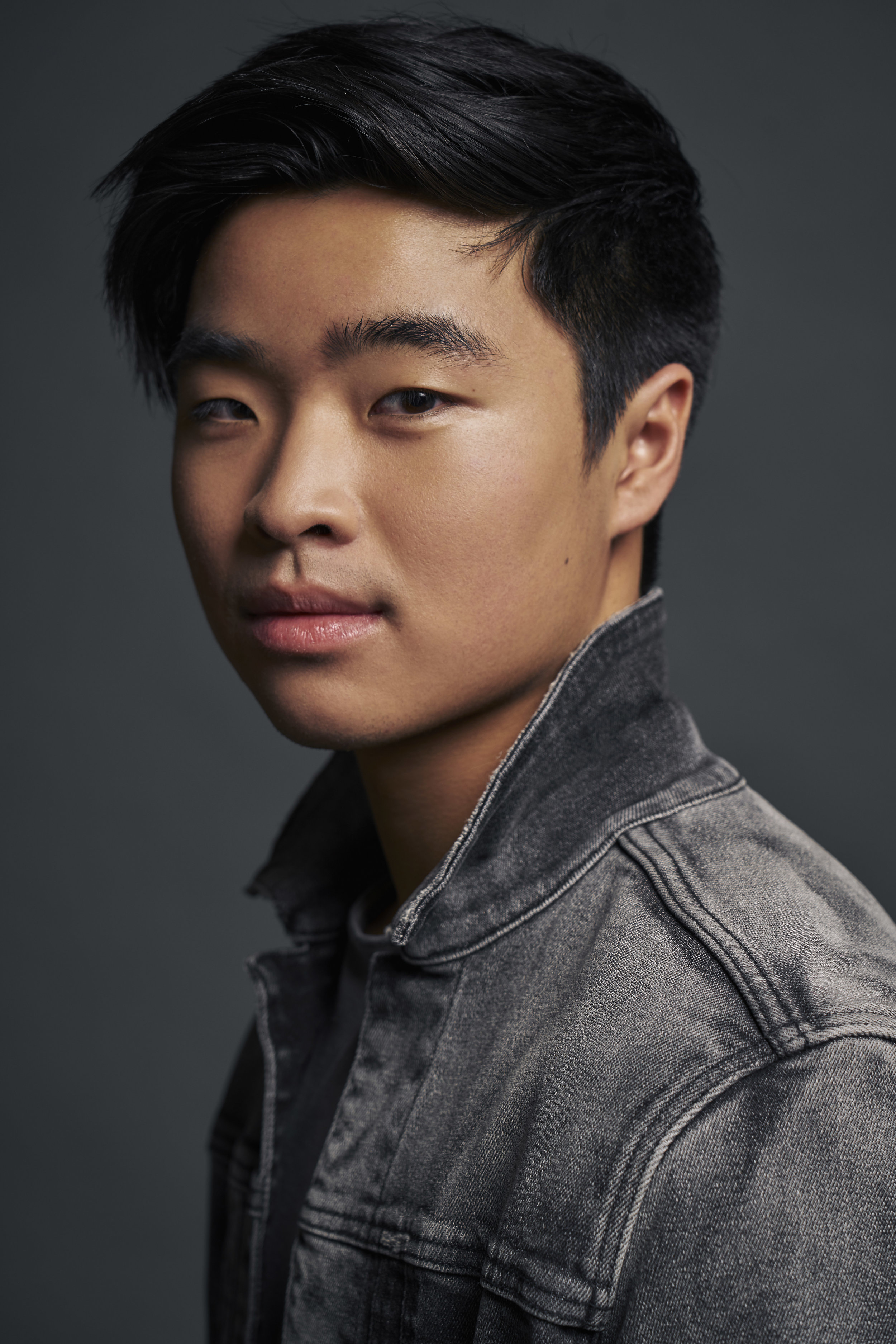 The year is 2000, and the setting is middle school. Show creators Maya Erskine and Anna Konkle (both in their 30s) play best friends Maya Ishii-Peters and Anna Kone, endearingly awkward characters based on their 13-year-old selves. Maya’s older and cooler brother, Shuji, is played by the charming Dallas Liu. Prior to “PEN15,” Liu was best known for roles that showcased his martial arts abilities, like young Jin Kazama in “Tekken” (2010) and young Bi Han in “Mortal Kombat: Legacy” (2013).

“PEN15” lets Liu demonstrate his comedic chops. While the 17-year-old doesn’t have quite as comical an age gap with his character as Erskine and Konkle do, he still had to do a bit of time traveling to put himself back in 8th grade.

“It brought me a lot of nostalgia,” Liu told us in an interview. “I tried to channel a coolness and be how I would have wanted to be in middle school. I was not at all as cool as Shuji—I was such a bookworm, a straight A student, a shy kid who didn’t hang out with a ton of people. I wasn’t super popular among the kids in my grade.”

It’s hard to imagine Liu as anything but popular now. While Shuji is known for his devastating comebacks, Liu has a generous laugh, and a warmth about him that makes you want to be his best friend. He also manages to look good even in the oversized T-shirts and baggy jeans that populate his character’s wardrobe. “They put me in the clothes and surrounded me with the type of music and environment that was going on at the time,” Liu said, describing how he got into character.

While those of us who lived through those days may see the fashion and music of the early 2000s as over, Liu brings a fresh appreciation for the trends. “Oh my gosh! I absolutely loved it,” he gushed, when asked what he thought of the style back then. “I wish we still dressed like that today. I honestly loved all the baggy clothes, bulky shoes, the gel pens. The music at the time was amazing too, like 98 Degrees, Wu Tang Clan, all of that—oh my goodness! If I could go back in time, I would go back to 2000.”

For anyone else nostalgic for those days, “PEN15” brings us back with episodes about creating AIM screen names, watching scandalous movies from Blockbuster, and dressing up as the Spice Girls. The Spice Girls episode, titled “Posh,” also delves into what it’s like to encounter casual racism as a young person.

As a viewer, I found myself tearing up, being viscerally reminded of similar feelings in my childhood. I wasn’t surprised to read that there were tears on set that day as well. The circumstances push Shuji into protective older brother mode, and as a big brother in real life, Liu was able to draw upon personal experience.

“I think the worst was when someone told my brother he was allergic to Asians. That’s when I really had to step in. I sort of did the same thing Shuji did, where I told my brother, ‘Look, I’m not going to physically hurt this kid, but I will tell you what you can say and what you should do.’”

In the context of this episode, we asked Liu how he feels being a young Asian male actor, and if he feels a responsibility to represent.  “I definitely do. It’s so rare to see a young Asian character on TV, especially one who is tough like Shuji. I think I’m representing a side the audience has never or rarely seen before.” 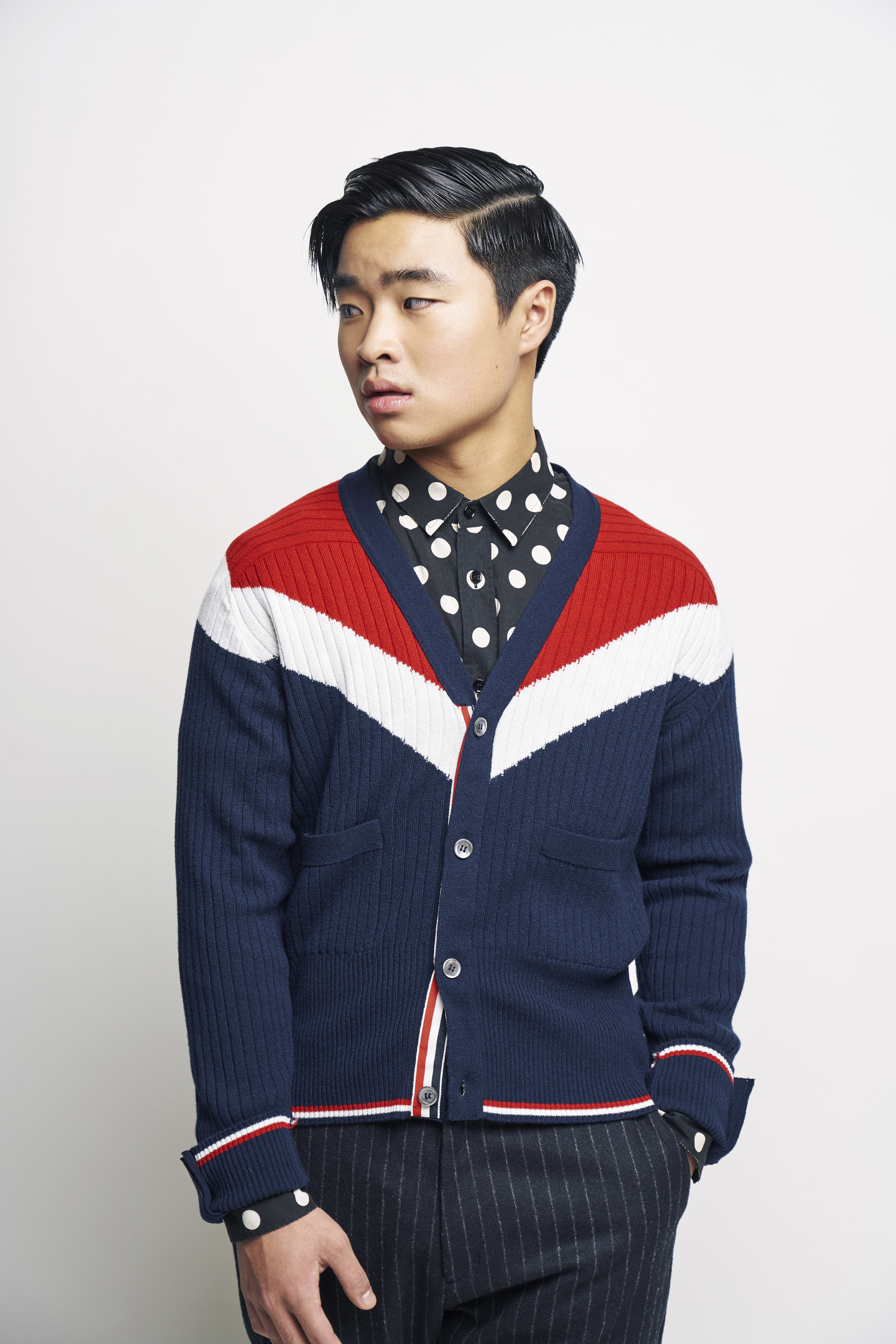 The “Posh” episode also held Liu’s favorite scene to film. “I really enjoyed the scene when I bring Maya along with me to talk with my friends, and we discuss why what Anna did was racist. The chemistry between all of those actors was amazing. After takes we’d do a little improvisation, and that was also tons of fun.”

Liu got to exercise his improv muscles more than once on the show. “There was one take where my friend Evan and I are leaving for the movies, and I pull my middle finger out of my pocket. That scene was actually improvised—I was so proud when they put that take in,” Liu laughs.

“Yes, they did. They watched the show multiple times—binge-watched it! My mom and dad were dying the whole time, because they’ve met these people in person, but never got to watch them act before. So seeing them as their 13-year-old selves—they thought it was absolutely hilarious.”

These sound like pretty cool parents, which Liu confirms enthusiastically. “My parents are absolutely amazing, I couldn’t be more thankful for them. Since I was a kid they’ve supported me through everything I’ve done, whether it be karate, basketball, football or acting.”

Liu is humble about karate, lumping it in with basketball and football in this sentiment, but a quick Google search will surface videos of him wowing crowds since 2011. In order to dedicate more time to acting and school, he doesn’t compete anymore, but still trains in the gym. “As far as school and acting, it’s all about time management. You gotta be on top of things, you gotta schedule everything. Just being responsible is the most important thing.”

His sense of focus is another reason he’s grateful to his parents. “Their story was: don’t give up. Give it your all, and something will always come in the end. I did a couple things where I did it for a little bit, but didn’t give it my all, and it just felt like a waste of time to me. I could see that they felt it, too. So that’s when I started to understand: if you’re going to do something, give it your everything.”

With an attitude like that, we have no doubt that Liu will shine in future projects, whatever comes next for this versatile young actor. “I’d like to do more dramas. Also an action film or TV show. Because of my karate background, I really enjoy doing my own stunts.”

Of course, he’s also looking forward to a Season 2 of “PEN15.” “I’d like to get more into Shuji’s background, more of his story, why he acts so cool and tough all the time. I think it’d be really interesting to see what caused him to be like this. Why isn’t he like Maya?”

We’re excited to see more of Shuji’s backstory too, as well as much more of the equally cool Liu. If you haven’t already, watch Season 1 of “PEN15” on Hulu, and follow Dallas Liu on Instagram (@dallas_liu).

One Reply to “Cool Kid in School, Dallas Liu”