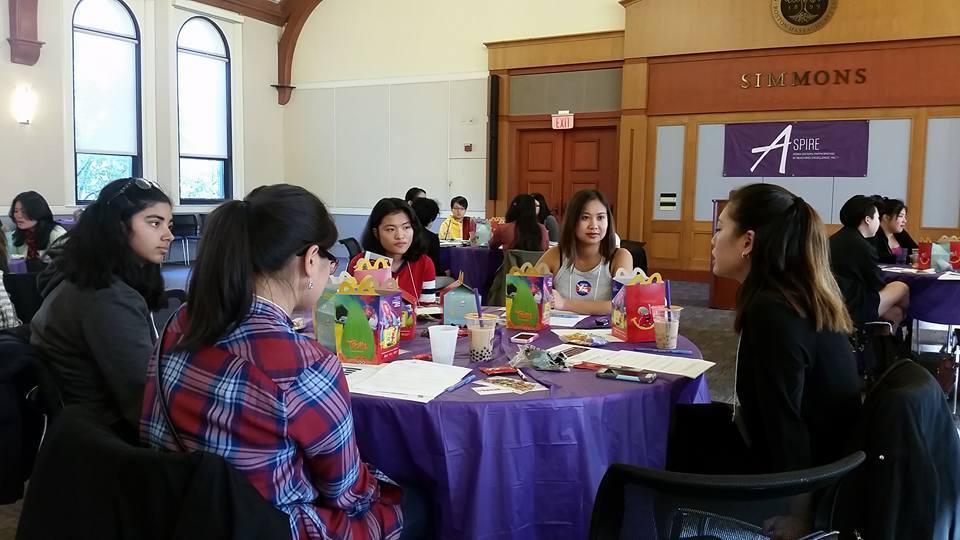 After 18 years of organizing and building a community for Asian American women in Boston, the non-profit group Asian Sisters Participating In Reaching Excellence (ASPIRE) looks back on the happy hours, youth programs and annual conferences in its legacy. As the group plans for the upcoming year, the board draws from its history to evolve for the future.

ASPIRE was founded in November 2001 by Nellie Ling shortly after she moved to Boston. Ling grew up mostly in northern Florida, where she saw very little Asian American female representation in her community. By the time she arrived in Boston, the idea of creating a space to support young Asian American women had been lingering in the back of her mind for a while. After seeing the connections she was able to make in New England, she thought, “Wouldn’t it be amazing to support another upcoming generation with all the experience and all the networks that we’ve formed?”

Ling asked her friends this question to gauge interest in the idea. She then visited college campuses and asked students if they would be interested in hearing a panel of diverse professional women discuss their experiences and careers. Hands shot up, and Ling knew she had something.

“There was a lot of enthusiasm and a lot of interest because so many of us didn’t grow up with [role models],” Ling said. “We wanted to be able to provide that for the next generation.”

ASPIRE began as a panel series of women in different careers, starting with Asian American Women in Business. In 2002, ASPIRE hosted three panels and formed an advisory group. The next year, it hosted a workshop at the University of Massachusetts in Boston, organized six panels, and hosted its first “A Night to ASPIRE” fundraising gala. Also in 2003, ASPIRE received its official 501(c)(3), non-profit status.

Ling remembers the initial years in bits and pieces, but what sticks out are the small details of beginning an organization: its values, how it’ll run, and the mission statement. “I remember sitting with two or three other women in a coffee shop on Newbury Street, and literally sitting there for hours just trying to get, like, three sentences,” Ling said. “But the right three sentences, and the right words.”

ASPIRE soon expanded beyond a panel series to start its first two programs: a youth leadership program for high schoolers and a mentorship program for college students and recent graduates. Both programs are still active today. Not long after came ASPIRE’s first Asian American Women in Leadership conference, in 2004, featuring seven panels and over 40 speakers. This conference would become a centerpiece in ASPIRE’s community events.

In 2005, Ling finished her degree at the Harvard Business School and moved to California. She stayed involved remotely, organizing business calls and check-ins for the different programs, but eventually she passed the leadership baton to Grace Niwa, one of the other board members. Ling was happy to see the organization continue on without her and truly address the issue of sustainability.

“Sustainability was definitely an issue and something that I thought a lot about,” she said. “Making sure you’re keeping up with the times––the leaders have obviously been doing a great job of that, and evolving over the years.” 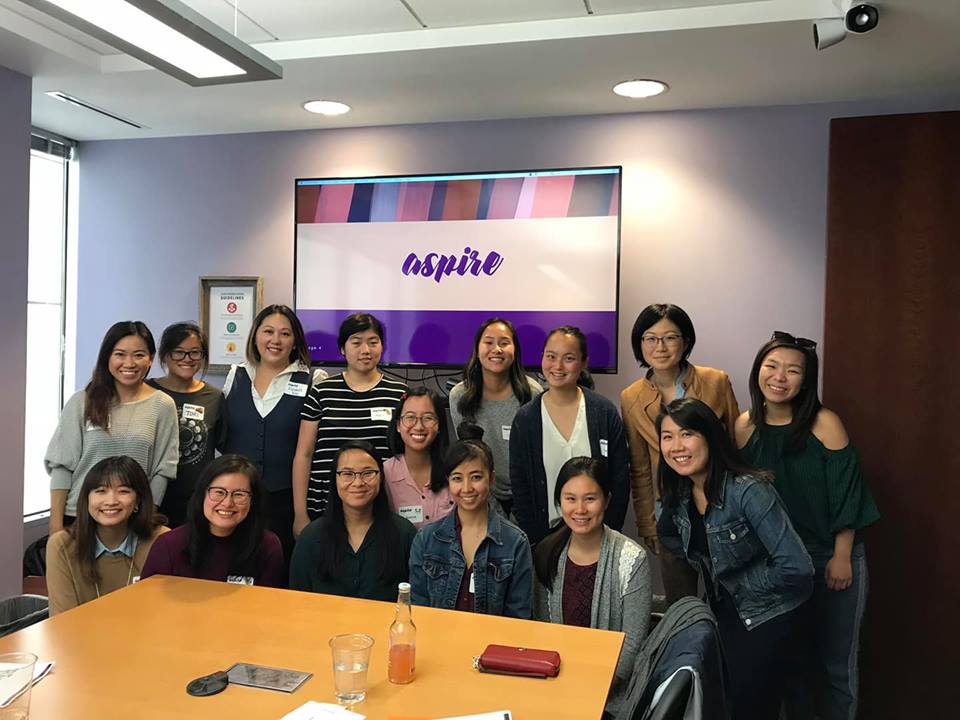 For the current ASPIRE leadership board, the evolution continues. In 2015, ASPIRE took a brief hiatus for a strategic reorganization, halting its programming for a year. Sophia Lai, the current volunteer director, was part of the restructuring team and helped advise the board and implement the new iteration of the mentorship program. According to Lai, ASPIRE in 2015 was trying not to exhaust its network by tapping on the same people to talk at the speaker series, while also not cutting into the budget needed to run ASPIRE’s other programming. The teams felt isolated from one another, and it came time to reevaluate.

“The board wanted to get together and whittle down what ASPIRE should be doing and then commit our resources to do that instead of spreading ourselves thin,” Lai explained.

When ASPIRE officially returned to the scene in 2017, the board wanted to focus on honing its mission and getting its name back out in the community. In 2018, the goal was to build on the previous year’s work and bring back the youth leadership program, introduce a new mentorship program in the fall, and start plans for the 18th anniversary celebration. While the committee is still working on the final plans for the event, Lai said that it will aim to engage a different demographic than usual: somewhat older Asian American women who are socially engaged and can donate to the organization.

Later this fall, ASPIRE will bring back the Women In Leadership conference, one of its landmark events. The first conference, back in April 2004, had Beverly Stern, founder of Baby GAP and Gymboree, as the keynote speaker. Since then, every annual conference has offered keynote speakers, tracks for workshops, networking lunches, and sometimes performances from local artists. The last conference was held in 2014 at Simmons University and featured spoken word artist Kelly Zen-Tie Tsai as the keynote speaker. During the strategic reorganization, the ASPIRE board decided it was important to continue the conference, and the current board is excited to bring it back in 2019. Hosted once again at Simmons College, the Asian American Women in Leadership conference will invite 200 women from the New England area.

“I think it’s a great move for ASPIRE to get back into that space, because that’s what [we are] known for, that’s what engages the most people,” said Debbie Nguyen, the youth leadership program director. “I’ve never been in a space with 200 Asian American women, and I think it will feel very empowering.”

As the founder, Ling isn’t taking the upcoming anniversary for granted. She says that it’s easy to throw around a number, but she knows the blood, sweat and tears it takes from the leaders to keep an organization going. She said the belief in the work keeps ASPIRE strong, as does the sense of community and family it builds among the team. She hopes that in 2019 the organization will continue to evolve and find ways to become something young women want to be a part of because “they feel like it’s still speaking to them in their voice, and [they] find something safe, find support, and inspiration.”