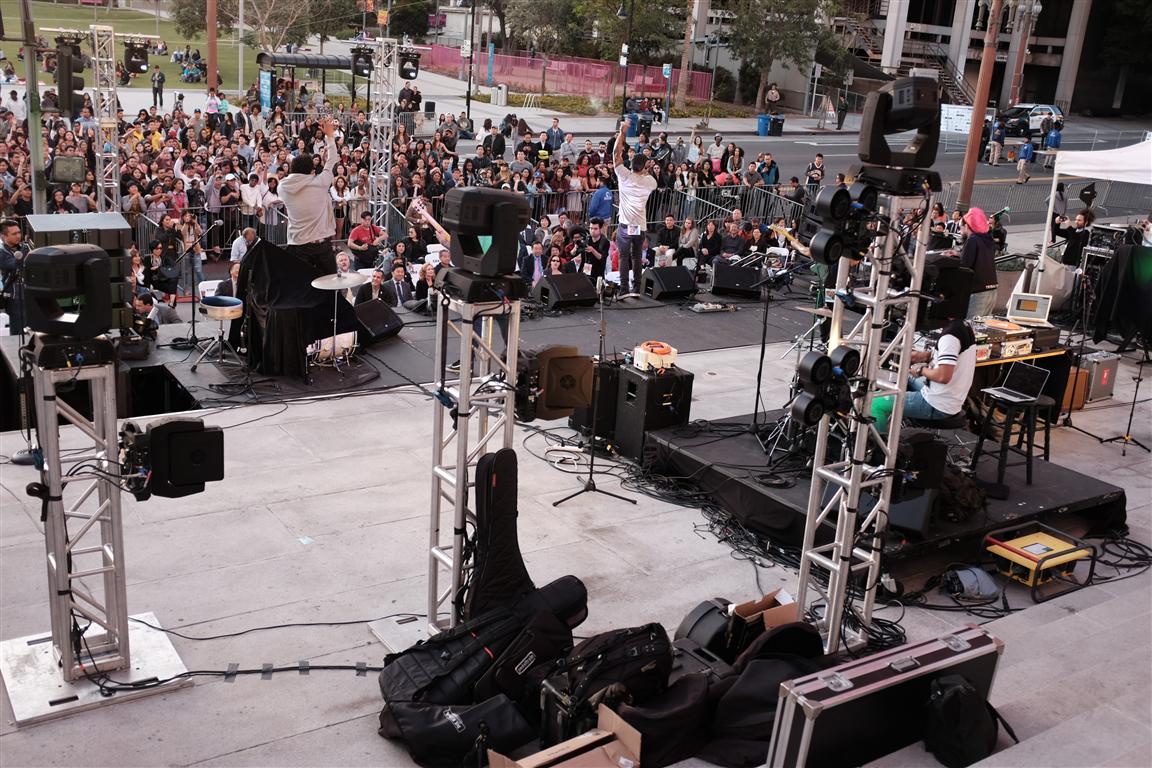 On May 21, 2016, Asian Americans made history on the steps of City Hall in downtown Los Angeles with the first annual outdoor music festival, called Pacific Bridge. The evening celebrated Asian Pacific American Heritage Month with a free public festival of music headlined by Jhene Aiko. Other Asian Pacific American entertainers included in the lineup were Kevin Oh, Awkwafina, Tribal Theory, Run River North, Dumbfoundead, and more. BuzzFeed comic Jenny Yang kept the crowd alive and filled with energy throughout the night as she hosted the show. We caught up with Yang after the event to chat about what she is most selfish about, her thoughts on the Asian American community, and the future Asian American generation. 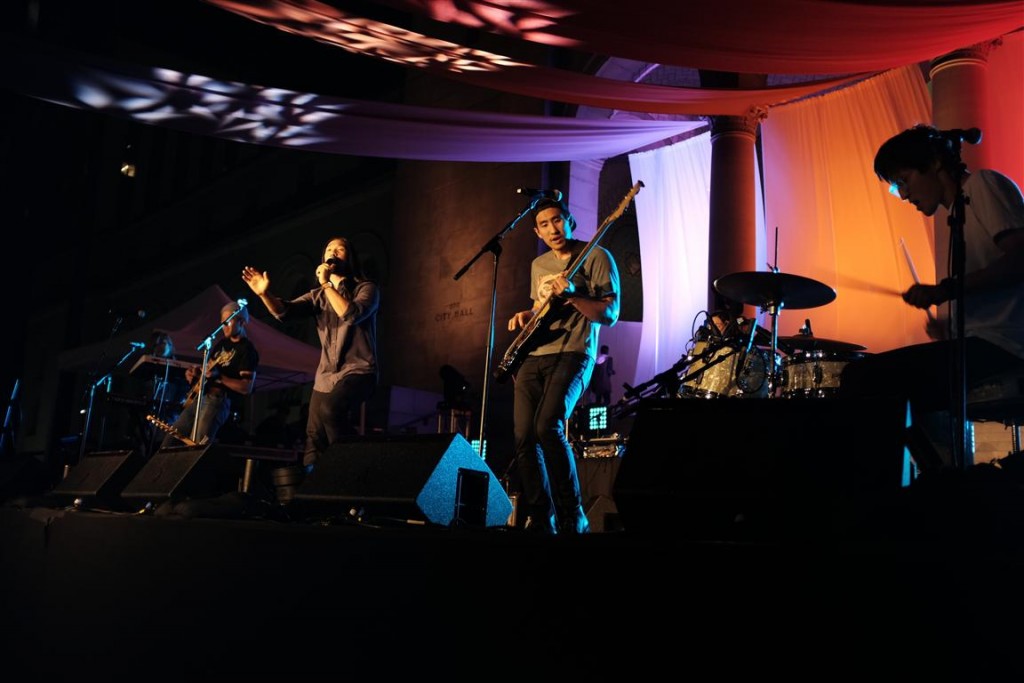 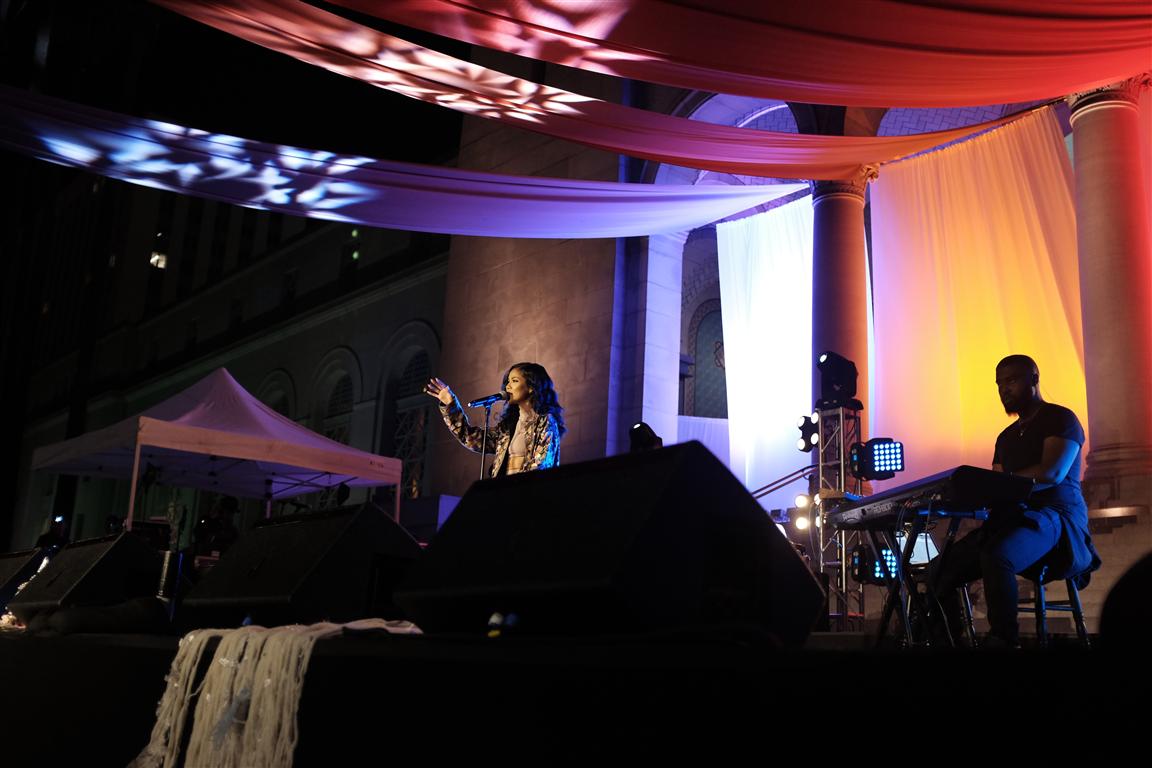 Mochi Magazine: What are some things that you’re most proud of within the Asian American community?

Jenny Yang: I’m proud that a lot more Asian Americans (AAs) are stepping up and telling their stories in new media.

MM: What are your feelings of the achievements within the Asian community in media thus far?

JY: More AAs are getting shine in popular media. I think it’s long overdue and sometimes it comes in cycles. A lot of this is coming from a growth in technology and maybe it’s a maturation of our community. We’re going to see a lot more Asian American creatives step up and break through, which is going to be a result of AAs being behind the scenes and in front—it’s going to be beautiful. However, I do feel like we could use more AAs to represent us at the moment. It’s tiring for a handful of people to represent the entire community, we’re such a diverse group! Yes, we have a couple of sitcoms on the air, but where are the Filipino sitcoms and South Asians at? We need a lot more representation than just East Asians repping all of Asian Pacific America. Let’s work together to bring more to the spotlight.

MM: What are some ways you’re being selfish in a positive way?

JY: As a creative, we don’t talk nearly enough about self care and general health. We sometimes don’t like to talk about problems out loud or even to each other. For me it’s all about self-care and learning what it takes to be happy—spiritually, mentally, emotionally and physically. It is so important for one’s growth. We have so much untapped potential. A lot of Asian American fans come up to me after shows and talk about how they want to change their lives and careers, but they’re scared and feel trapped. We really need to take care of ourselves and create a safe space that allows us to be ourselves and feel empowered to do things we really want.

MM: What are some things you do for yourself?

JY: I eat better, try to get enough sleep, and work out. As an artist, our bodies and our beings are our instruments. so we need to have all of the good energy to put creative work out in the world.

MM: What were your favorite parts of the festival?

JY: This is the first time we Asian Pacific Americans have ever taken over City Hall in Los Angeles. City Hall and politics and traditional institutions tend to not be a place where APAs feel like they belong, but we still vote and participate. So to have such a visible public display showcasing Asian Pacific American artists and creatives from the city of Los Angeles and not some sort of subgroup is very powerful. Sometimes people think that we’re foreigners or that we don’t belong. So for a government entity like the city of LA to put on a show to honor the APAs in our community and have amazing talent from all over the country perform is amazing. I used to work in politics, so transitioning from a young Asian American professional in politics to now a comedian hosting Pacific Bridge is like coming around full circle. 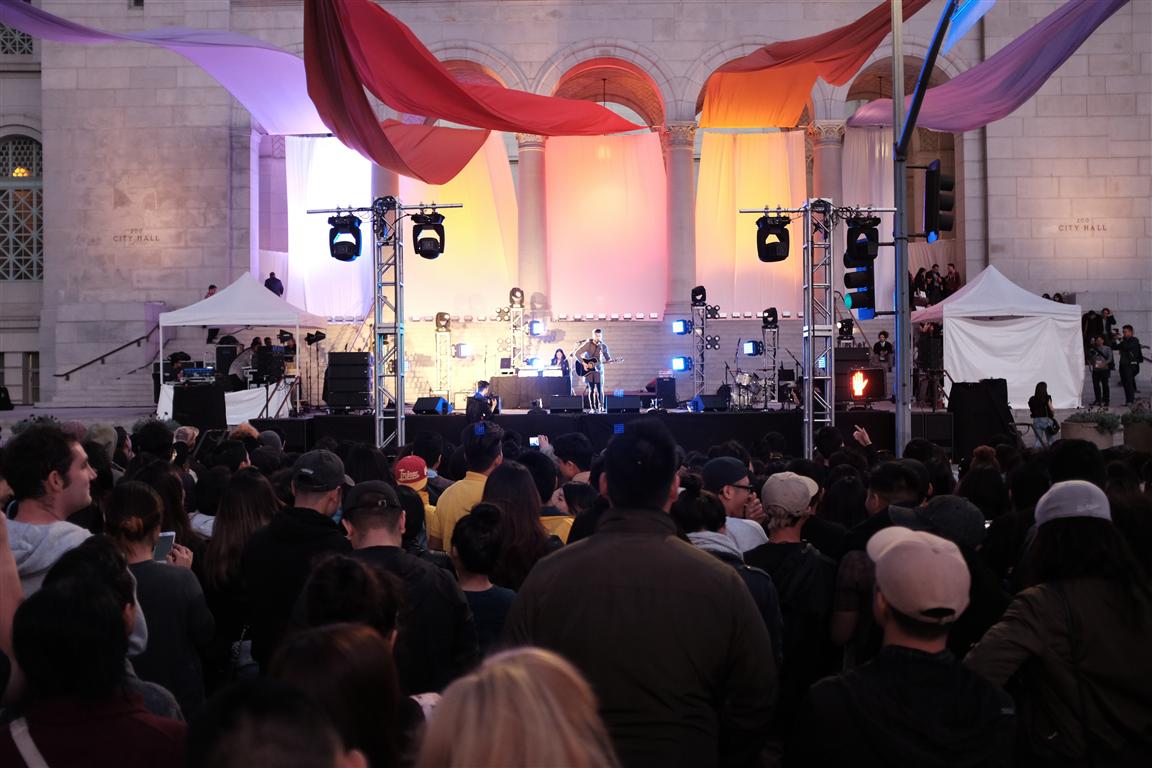