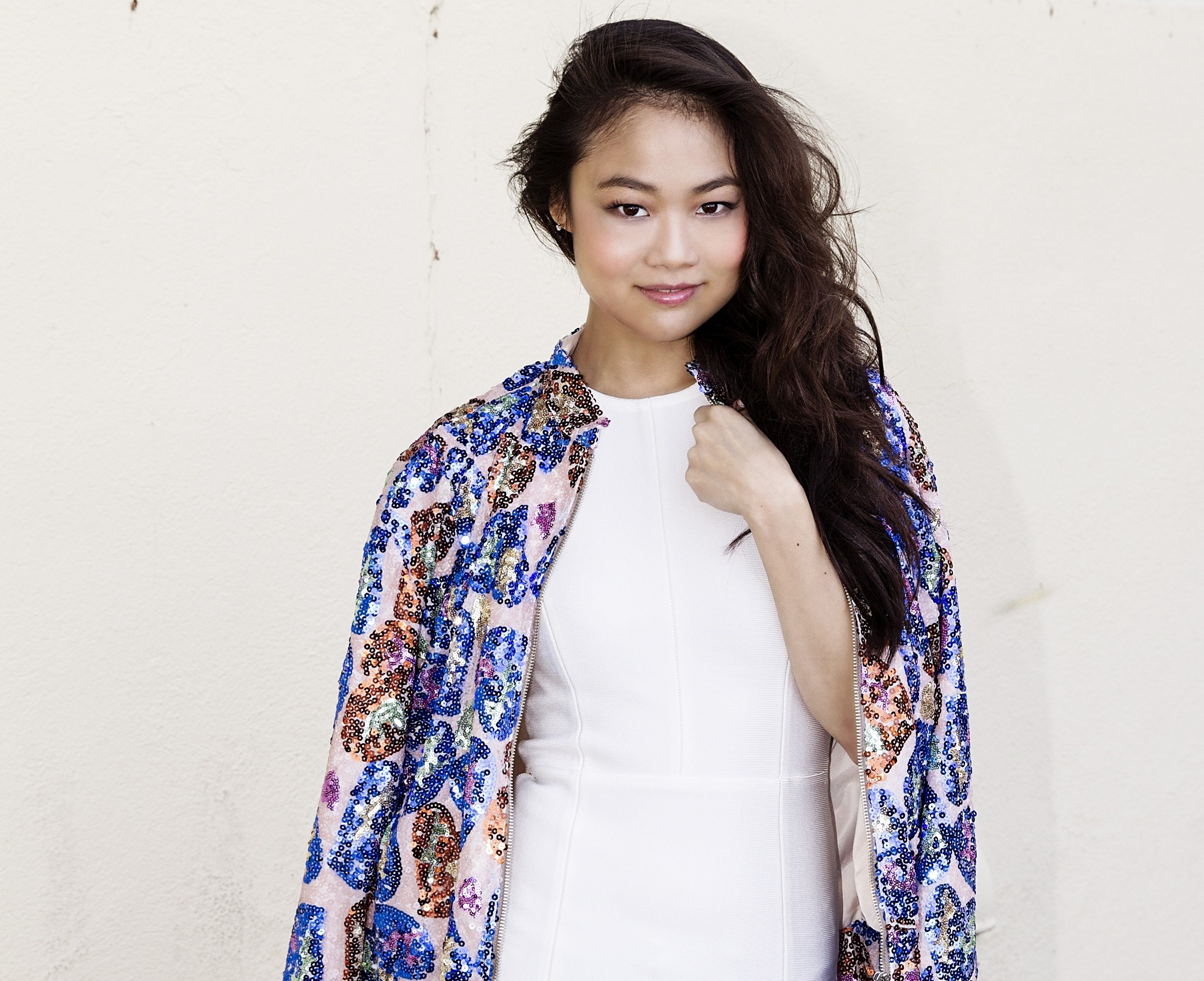 A few years ago, Krista Marie Yu landed the role of “Asian florist” in a movie called Love the Coopers. “Initially, they wanted me to do it with an accent,” says Yu, who is currently starring in Ken Jeong’s ABC sitcom Dr. Ken as the main character’s teen daughter, Molly. With some nudging on her part, “they realized that having an accent had nothing to do with the plot,” she says. “So they changed it to a florist named Lily and I spoke as I do normally.”

That wasn’t the first time Yu was asked to adopt a trite accent. She experienced the same thing while auditioning for Carnegie Mellon, where she graduated with a Bachelor of Fine Arts in acting in 2011. 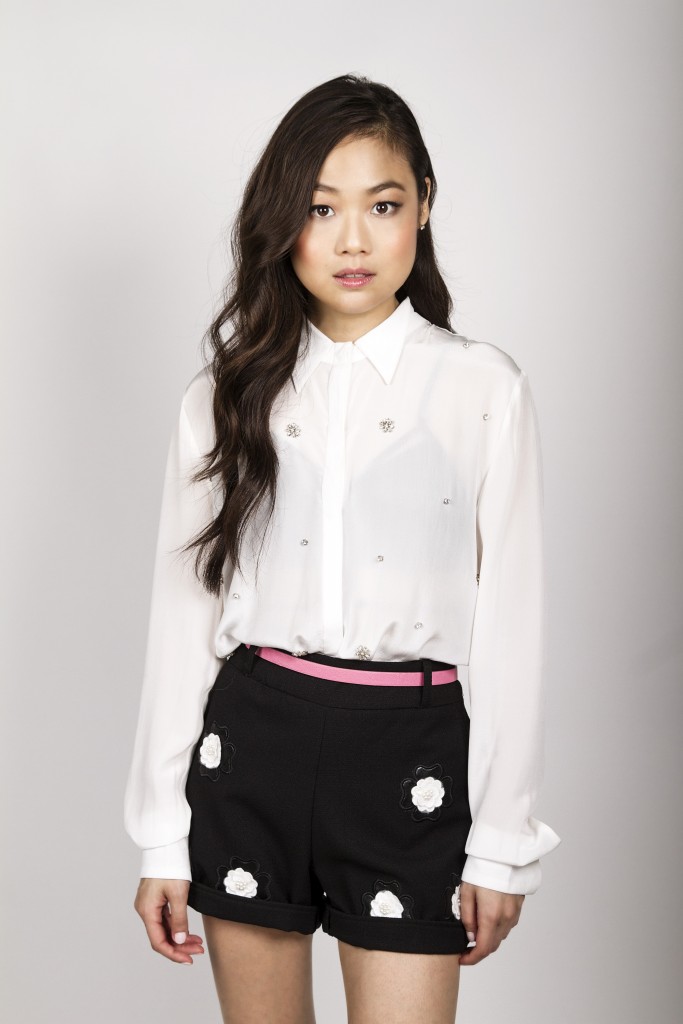 “I performed my monologue, and then we usually get notes to try it a different way,” she says. “One of the teachers said to ‘do it like my grandma.’ I was like, ‘Do you mean old, or…?’ and she was like, ‘No, with an Asian accent.’”

Yu is fifth-generation—so her grandmother doesn’t have an “Asian accent.”

It’s not that the actress has an issue with accents, particularly if they are accurate and essential to a plot. But it’s the constant racist typecasting that has made acting in a show like Dr. Ken so important to the actress—and, she thinks, to the Asian American community.

“I was so excited about being part of a show that assimilates an Asian American family on TV— one that isn’t on TV representing Asians by telling you that we’re Asians,” Yu explains. “It’s just that we are Asian and we are exactly like your next door neighbors—who could be Persian or Mexican or white.”

To that point, Yu says that what she loves about playing Molly on Dr. Ken is that the character “represents a smart girl who’s also social, fashionable, and fun. She doesn’t really fall into any specific stereotype.” Then she laughs, adding, “Except for the stereotype of [a teenager] being a problem in a household.”

The show gives Yu hope that we’ll come to see that people are people, regardless of ethnicity, rather than falling back on stereotypes and labels for Asians that come from both Hollywood and general society. Interestingly, this was a challenge that she didn’t face until later in life. Growing up with the “melting pot of people” in the Bay Area, she says, “nobody ever pointed at me and told me I was Asian.” It was when she got to college that things took a turn, such as the notes she received after her audition.

Dr. Ken’s emphasis on stereotype-busting stems from the show’s creator, actor Ken Jeong, who is perhaps best known for his roles in Community and the Hangover movies. 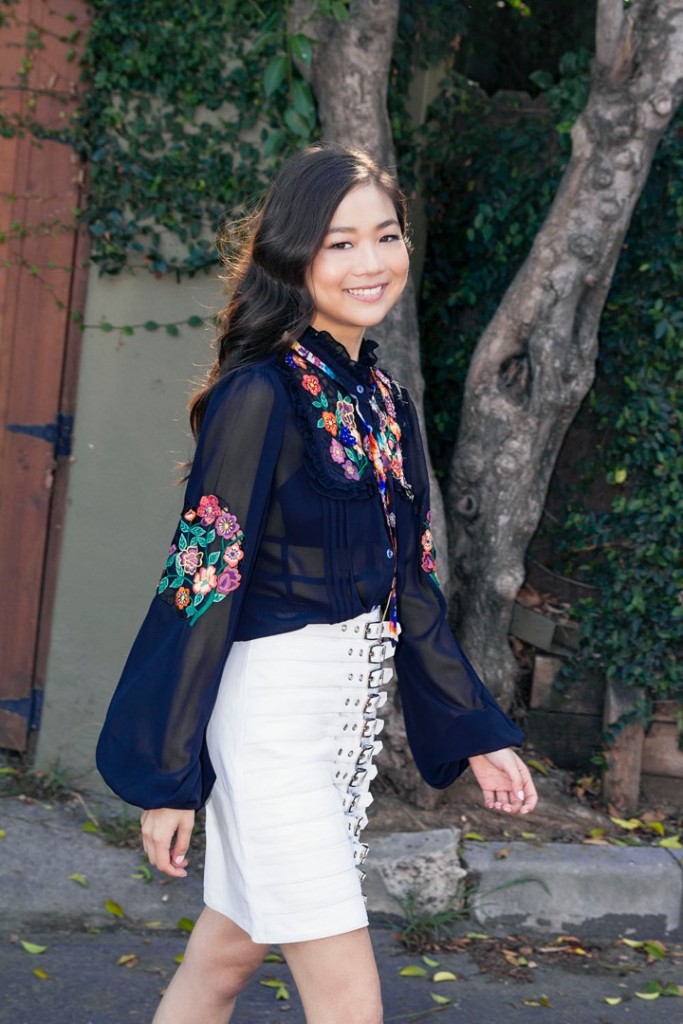 “He goes above and beyond to make sure that the world knows that this is something that matters to him,” Yu says. “It matters to him that there is a show out there that represents Asians in a way that is realistic and normalizes Asian Americans.”

This passion has resonated with audiences, as Yu experienced firsthand. She highlights a recent encounter with a middle-aged man who told her Jeong is his Asian American hero.

“To be able to see Ken [on screen], dating a woman, being a romantic, being a great dad, being a boss”—positive traits for anyone—“made him feel so much more secure and validated in who he is as a person,” Yu says.

For today’s Asian American community, she hopes the show will impact how viewers see themselves and pursue their own dreams, with the understanding that they are more than the stereotypes put upon them.

“I do pride myself in saying I was good at Kumon,” Yu laughs, referencing a Japan-based math and reading afterschool program that’s popular in the Asian community. “But this is what I’m meant to do. This is what brings me so much happiness, knowing that acting can really affect other people in positive ways.”