Home Entertainment, PoliticsThese Are the Asian American Celebrities Who Have Condemned the #MuslimBan 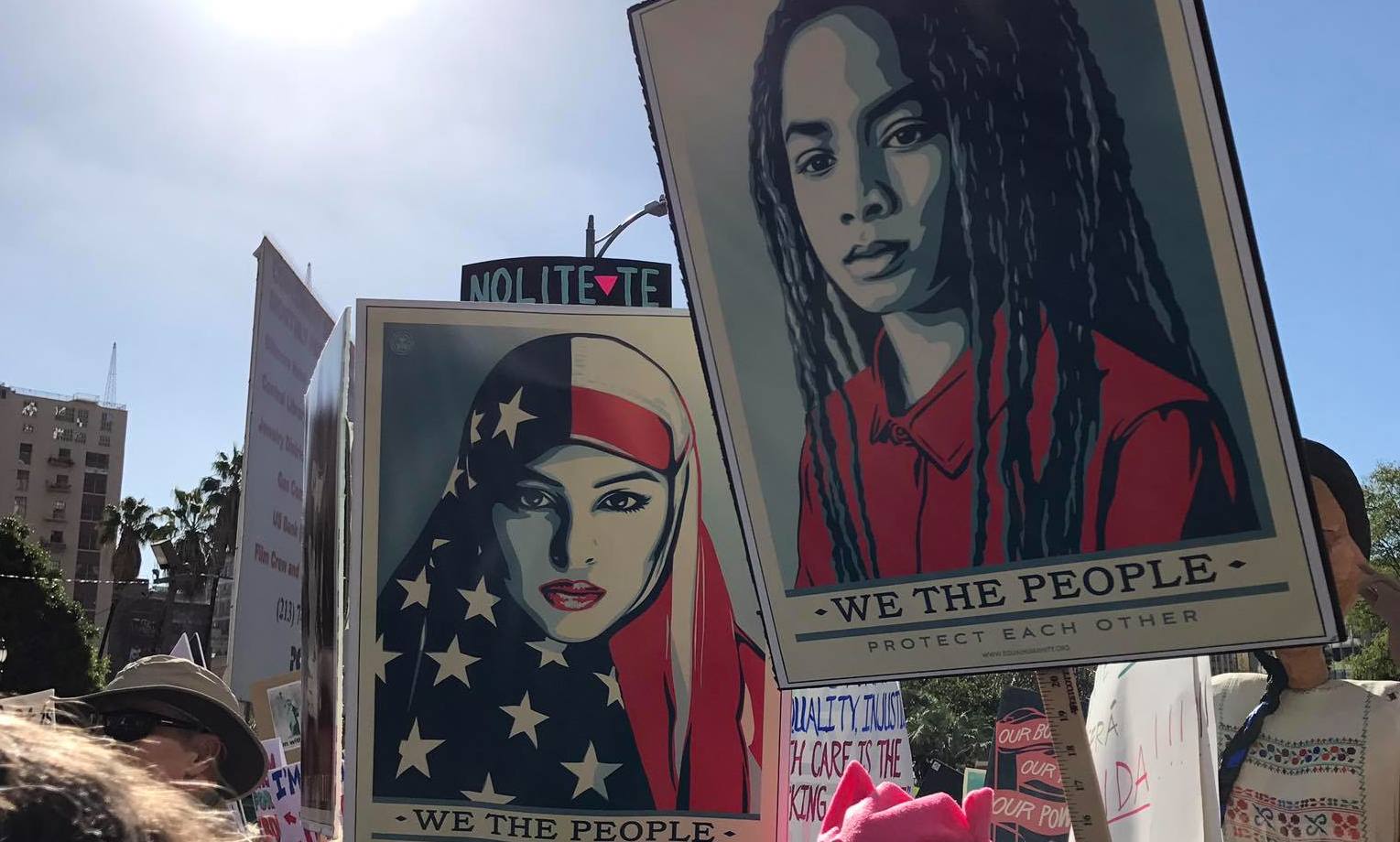 On Friday, President Donald Trump issued an executive order which prompted widespread outrage and chaos that are still unfolding as we speak. The order will ban from the United States refugees for 120 days, Syrian refugees indefinitely, and for 90 days, citizens from seven Muslim-majority countries, including Iran, Libya and Somalia. In the immediate aftermath, people around the country denounced the executive order, with users speaking out against the #MuslimBan on Twitter and Facebook, and with protests erupting at major airports like New York City’s JFK Airport and Chicago’s O’Hare Airport.

Many critics of the ban recalled a similar moment in American history, in which a ship carrying Jewish refugees in 1939 was denied entry into the country, leaving them to return to Europe where a number of them would later perish during the Holocaust. And for some Asian Americans, the executive order may recall a time when their ancestors or even themselves were ignored and punished, as when the Chinese Exclusion Act banned Chinese citizens from U.S. soil until 1943, and during World War II, when Japanese Americans were detained in internment camps after Pearl Harbor.

Asian American celebrities such as “Fresh Off the Boat” star Constance Wu and comedian Margaret Cho have reacted against the ban on social media, calling it an “absolute atrocity” and promoting the hashtags #letthefamiliesout and #letthelawyersin. Many other Asian Americans in the spotlight have spoken out about their immigrant backgrounds and families. Their resistance reminds us that America has a history of exclusionary policies and that we must all stand up for Muslims, lest history repeat itself. Here are some of the most poignant messages:

Penn, the Indian American actor known for “Harold & Kumar Go to White Castle” and the current ABC series, “Designated Survivor,” decided to turn discrimination into action after an Instagram commenter said Penn didn’t belong in America. Instead of responding with more vitriol, Penn decided to start a fundraising campaign in the name of his bully for the International Rescue Committee, in order to help Syrian refugees. The campaign, which Penn hoped would raise $2,500, has raised more than $800,000 in less than three days, proving that, as Penn says, when “hateful people who tell us we don’t belong in our own country … we will turn their bigotry, along with the President’s, into love.”

Born in South Korea, actor Daniel Dae Kim of “Lost” and “Hawaii Five-O” fame discussed on Twitter his immigration experience and the necessity of America remaining a “beacon of hope” for those who need it.

As a former green card holder I cannot be silent.Denying entry 2those w/valid visas & green cards is the beginning of a descent in2 madness. https://t.co/6KDlk72SCp

I believe “America is a beacon of hope & light,” just as my family believed it when we 1st immigrated 2the #USA. We must stand 4our ideals. https://t.co/9XQx8wGOtk

Kaling, the star and creator of “The Mindy Project,” is a child of Indian immigrants, and reminded her Twitter followers to support those who love and contribute to America, regardless of their background.

I’m the child of people with green cards. It’s a simple twist of fate that I’m of Indian Hindu descent and not something else (1)

Please let’s not extinguish the hopes of people who love this country & want to work for it & help its citizens. & teach that to their kids

“Star Trek” actor, Japanese American and all-around icon George Takei has been issuing a hailstorm of tweets recently to opposing the ban and praise “resisters around the country.” Just two weeks before the ban was issued, Takei appeared on Yahoo News to talk about the importance of standing up for Muslim Americans. He said he created an online petition for this issue and even recalled his own childhood memory of being forced at gunpoint into a Japanese internment camp. Just as Japanese Americans were viewed as enemies after Pearl Harbor, Muslim Americans now are being labeled as “potential terrorists” for the actions of a few extremists, Takei stated. He said he hopes his story will help people learn from history and support Muslims, otherwise situations could escalate out of control, yet again.

“It starts with a registry, with restrictions, with irrationally ascribed guilt, and with fear,” the petition reads. “But we know well where it might lead.”

Nanjiani, a comedian and star of HBO’s “Silicon Valley,” sent a string of tweets condemning the Muslim ban and recounting his own immigration experience to the U.S. from Pakistan.

As someone who was born in Pakistan I can tell you coming into America is VERY difficult. A #Muslimban accomplishes nothing but hate.

There are a billion and a half Muslims in the world. If we were all dangerous you wouldn’t be around to sign a #MuslimBan

You’re saying to a billion people “You’re all the same. You’re all dangerous to us.” Children hear this. You breed evil here & everywhere.