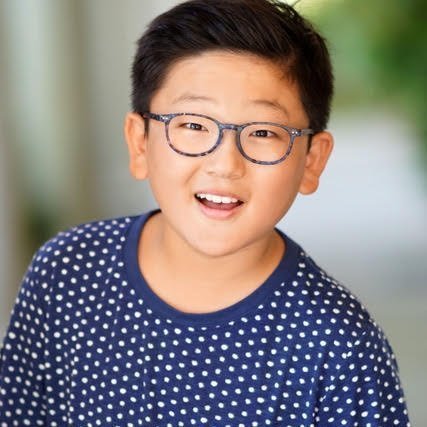 Ali Wong and Randall Park teamed up to write and star in “Always Be My Maybe” (ABMM), an adored romantic comedy that has been cherished by many. The film focuses on the love between two childhood friends, Sasha and Marcus, who have not seen each other in fifteen years. While Park stars as Marcus, his younger counterpart is played by 13-year-old Emerson Min.

Min began acting when his mother, who is a director, put him in one of her short films. Ever since then Min has fallen in love with the craft, pursuing his passion to appear in commercials at the age of 6 and then recently transitioning into doing film and TV. Min has had to balance school, auditions and filming for the majority of his life.

“Always Be My Maybe” was a joy for Min to be a part of. He loved working with the cast and being among such comedic legends such as Wong, Park and Keanu Reeves. Min learned a lot through being on set, especially playing Marcus who was a character that he found very relatable. According to Min, Park wrote the character to be a balance of traditional and charismatic.

“A lot of things in the movie are in Korean traditions, like taking off your shoes when you come in the house or eating Korean food as a family,” Min says. “Also, the food[s] we ate in the movie were some of my favorites. Kimchi jjigae is an example of one of my favorite Korean dishes.”

Through filming, Min also learned that his father had a preexisting friendship, through golfing, with Daniel Dae Kim, who plays Sasha’s status-obsessed manager turned ex-boyfriend.

With the spike in the number of Asian roles, it is certainly an exciting time to be a young Asian American actor in Hollywood. However, that doesn’t mean there isn’t room for improvement.

“I hope more roles can come to Asian actors, not just because it’s an Asian role, but because an Asian [actors] can do a variety of characters,” Min says regarding Asian Americans in entertainment.

For Min, filming “Always Be My Maybe” was one of the first times he worked with a cast that was almost all Asian.

“Everyone was generous and funny, even making Asian jokes at lunch. It was as if I was with my family. I felt I could be more myself,” Min says.

Experiencing this, he yearns to work more with Ashan actors because of the special connection between each other, creating a certain chemistry between the cast that is reflected on the screen. The growing diversity of roles offered to Asians is something that keeps Min optimistic and eager to continue acting.

Aside from ABMM, he plays the recurring character Mason on the ABC show “Black-ish.” Min plays Mason whom he describes as a “funny, happy, and [a] sometimes awkward kid.” He also is aware of what the show means to the greater narrative of diversity in Hollywood.

“I feel privileged to be an Asian representative on a show. ‘Black-ish’ puts forth its narrative from the perspective of people who have been usually sidelined in the mainstream industry,” Min states. To him, “Black-ish” is a perfect example of a show that has great comedic timing while still addressing serious contemporary issues. On top of it all, he is also a huge fan of his fellow castmates who love to crack jokes together on set.

Fortunately for Min, his family has been supportive of his artistic career. He is particularly grateful for his family because Min recognizes how hard it is to be an actor. For him, one of the hardest parts of acting is getting so close to booking a role but missing out, usually due to something out of his control.

“There have been so many close opportunities in my career that I lost. It’s devastating especially when it comes down to just two. But my family has always been there to support me, encourage me to keep going, and not let the downs get to you,” Min states. He has learned that the hardest part to acting isn’t about how talented you are, “it’s about how fast you can get right back up after disappointment, and I am glad to have my family by my side in times like these.”

There is something about artists that make us fall in love with them — but there is something even more endearing about child actors that makes us love them more. Whether it was the Oslen twins on “Full House,” the Dunphy siblings from “Modern Family” or the trio of brothers on “Fresh Off the Boat,” there is a unique quality to actors we get to see grow up on screen: Min is no exception. In the future Min hopes to do more roles in comedy and drama — two genres he says he “can never get enough of.”  He also wishes for more roles that let him be part of rounded representation of Asian Americans. For now, catch Min in “Always Be My Maybe” on Netflix and on ABC’s “Black-ish.”

Keep up to date with Emerson Min on Instagram.