Home Entertainment‘Alpha Girls’: The New ‘It Girls’ To Watch Every Wednesday on MNET America 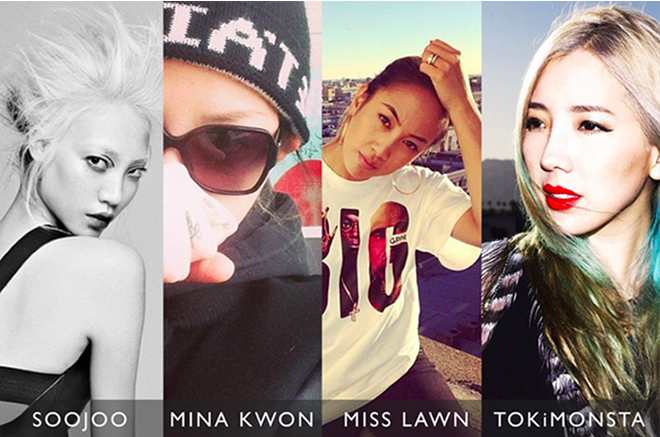 When was the last time you saw an unscripted TV show about Asian American women? Realistically, probably never. Maybe it’s just me, but Asians and Asian Americans are popping up much more now in mainstream media. Take Big Bang member G-dragon, for example. Not only has he dominated K-pop worldwide, but he’s also been an influential figure in fashion, following appearances in New York and Paris Fashion Week—not to mention landing covers of major web magazines like Hypebeast and Complex. And now, MNET America is set to air a new original series, Alpha Girls.
Alpha Girls follows four jet-setting, career-driven girls at the top of their creative games as they juggle work, relationships, and everything in between. Capturing the essence of their hustle and the drama of their everyday lives, Alpha Girls reveals their individual and universal journeys as they work with some of the biggest names in music and fashion.

Why this show is ground breaking? Personally, there’s never been a televised show about Asian American women that I could relate to on a genuine, let alone attainable, level. Yes, there are awesome movies and reality TV shows starring the Jamie Chungs or Lucy Lius of the world, but let’s be honest: These are typically very scripted. Alpha Girls, on the other hand, takes a realistic, deeper look into the lives of girls that are not only succeeding in fashion design, art, music, and modeling, but are actually creating trailblazing careers for themselves out of not-so-traditional paths. Lanie Alabanza, Mina Kwon, Tokimonsta, and Soo Joo are intriguing, relatable, and the ultimate “it girls” of our generation.

I’ll be covering each episode as it airs, so be sure to visit the Mochi blog every week and tune in tomorrow, Wednesday, Feb. 26, at 8 p.m. PT/ET for the first episode of season one on MNET America! Don’t forget to check out the Alpha Girlswebsite, and follow them on Twitter, Instagram, and Facebook.