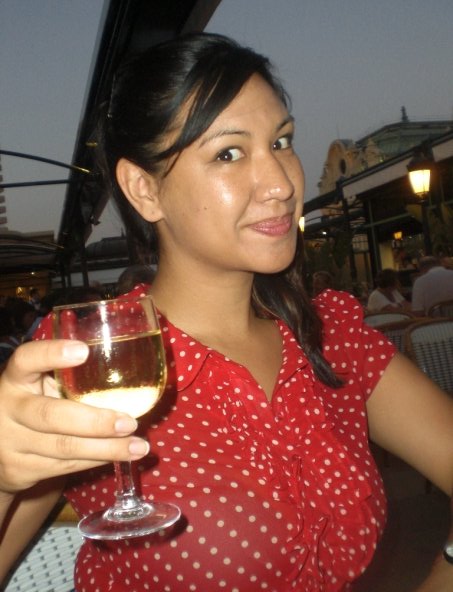 Did you grow up wishing you looked like Barbie? Many Asian Americans grow up confounded by our idea of beauty. We see girls with blonde hair, blue eyes, and pointed noses grace the covers of magazines and pick up roles for popular TV shows. For Alison Berlinski, author of A Beautiful Mess, the struggle was seeing beauty from an Asian American and Polish perspective. To her, being biracial was like straddling two worlds, never identifying with just one race.

“When I was younger, I took up acting. However, having a Polish name and Asian face can be very confusing to casting directors, who hadn’t the slightest clue how to cast me. ‘Oh she’s not white? Send her to this other commercial; they need a Chinese kid. Wait, she can’t speak Chinese?’ And so on, and so on. Seeing people’s confused reactions only compounded my questions about my identity since I didn’t really feel Filipino or Polish either,” says Berlinski.

Being biracial not only affected her self perception, but her relationship with her parents, friends, boyfriends, and the people around her. Her life stories are what inspired her to write a memoir of her personal struggles with identity and race. But after some soul searching in Spain, Berlinski gained newfound confidence in herself and found an appreciation for both her Asian and Polish heritage as well as her American background.

“This book was inspired by a series of really bad break ups. The first was with my ex-boyfriend who also happens to be a celebrity, which sounds super cool, but was actually hell. Still, the second breakup with my mother was by far the worst breakup I’ve ever had.  It’s a very American concept to “divorce” your parent. Culturally, I struggled with it for a long time because in the Filipino culture, it’s something you just don’t do. Writing this book helped me to heal emotionally, while simultaneously pursuing a dream/passion of mine,” says Berlinski.

Berlinski’s book A Beautiful Mess can be purchased through publush.com, and be sure to check out her interview on YouTube, where talks about the inspiration behind her book http://www.youtube.com/watch?feature=player_embedded&v=dtO1RgbHYCI.