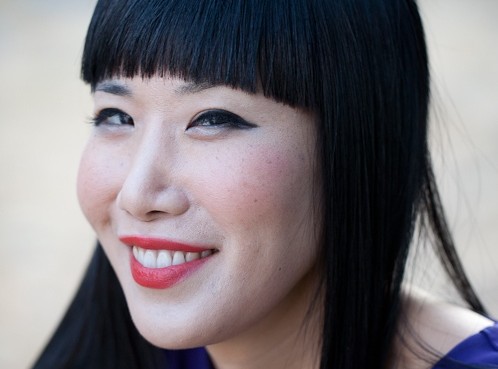 Meet Vivian Bang, star of the new TBS comedy “Sullivan and Son.” The show follows the life of Steve Sullivan, who visits his hometown of Pittsburgh and finds out that his parents are retiring and selling their legendary neighborhood bar. Bang plays Susan Sullivan, the main character’s sister. What makes the show a major milestone for Asian American entertainment is that it features three Asian American actors, including Steven Byrne, Jodi Long, and Vivian Bang. Bang hopes that viewers will love the show and see it as the “real version of America” through a different lens.
“Susan is a sister who lives in the shadow of her big brother. She got married, had a kid, and did everything she was supposed to do, but still can’t seem to get the validation that she needs, especially from her mother,” says Bang.

Bang says she has developed a strong bond with her co-stars Byrne and Long, who play her brother and mother, respectively.

“I’ve been truly blessed to work with an amazing cast who value their work. Steve Byrne is the hardest working, most generous and kind, and super funny man. Jodi Long feels like my soul mother/sister. I have a crush on everyone on set,” Bang says.

Bang says she fell in love with the role of Susan immediately and has a personal connection with her character.

“Her heart is in the right place, and she works really hard but gets no credit. It’s both heartbreaking and funny at the same time,” she says.

In addition to “Sullivan and Son,” Bang is currently shooting the second season of the web series “Mythomania,” which is about comic book artists struggling in Los Angeles. And though she tells us she can’t talk much about her other new project, she revealed that she also just finished a show about three girlfriends dating in Los Angeles. We can’t wait.