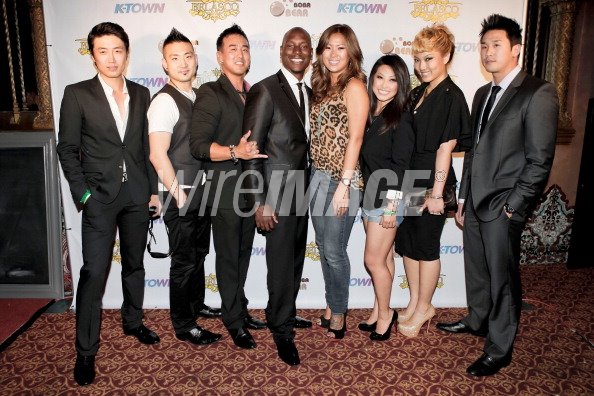 The “K-town” show was announced two years ago, but it wasn’t until last month that we finally got to watch online episodes of the show via the LOUD channel on YouTube. The cast has since changed with Cammy Chung and Jowe Lee joining the original cast, which included Jasmine Chang, Young Lee, Scarlet Chan, Joe Cha, Violet Kim and Steve Kim.
There has been speculation among YouTube commenters concerning the reasons for former cast members Jennifer Field and Peter Le’s departure, but in an exclusive Mochi interview, co-producer Eddie Kim states that “the problem was mainly scheduling conflicts.” After several talks, it was understood that K-town would move forward without them, as they were busy with their own personal projects.

As for the new cast members, Jowe is Violet’s ex-boyfriend, and this is a story line Kim and the other producers knew was worth pursuing. “We had already met Jowe the first time around [when K-town was first announced]. We got to know him and brought him on because we thought this might be a good fit,” Kim said.

As for Cammy, Kim was strangely cryptic in his response. “We’ll let the episodes speak for themselves for her story [laughs].”

It is about time trashy reality TV embraced an Asian American cast. While K-town technically isn’t on TV, it becomes clear that YouTube is working in the show’s favor. After the weekly episodes air, LOUD releases cast member-specific video logs “vlogs” that allow fans to get an insider look at cast reactions, and many YouTube viewers like this way of connecting with the cast. Of course, what show doesn’t want to be on TV eventually? Kim agrees it would be great, but notes that TV has its limitations for the young Internet-savvy generations. “We don’t want it to be limited to any one form [of media]. If it was just on TV, we would be limited to a U.S. market, but the fact that we’re online, it’s a worldwide market.”

Going digital has helped immensely with the show’s popularity, as many YouTube viewers are demanding longer episodes. Unfortunately for those fans, it is unlikely that the episodes will be longer than 15 minutes.

“We were thinking that the YouTube audience would feel like ‘Oh it’s dragging, it’s dragging’ so we decided to really pack in as much punch as possible in a shorter amount of time,” Kim said.

So how much of that “punch” is scripted? It seems to be an unspoken rule not to discuss what elements of a reality show aren’t actually real. But Kim admitted, “There has to be a story line. That’s why we go through extensive interviews with the entire cast to know every detail of their lives. For instance, in the first episode, when Jowe showed up, nobody except for Joe knew that Jowe was going to enter. What you saw, that was a real reaction.”

And the final question for those who haven’t dared to watch the show: Is it any good? In the first couple episodes, the acting seems a little too scripted and stiff, but as the episodes continue, it’s easier to become drawn into the drama. At first, it was awkward watching each character’s back story, but then the cast got more relaxed and believable. That being said, if I had a little sister, I probably wouldn’t let her watch this show. As with all reality TV, the cast has questionable morals when it comes to sex and drinking. But since I’m no longer an impressionable teenager, a little escapism now and then doesn’t hurt. I’ll keep on fantasizing about a world where people party like it’s their only job. Oh right, that’s K-town.