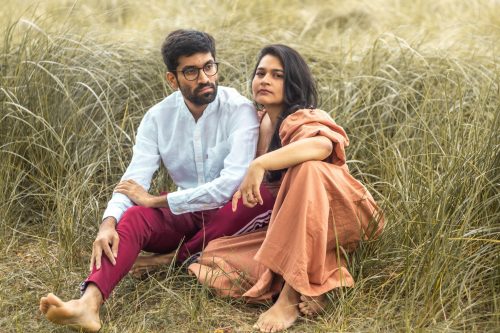 Karen O’s memorable vocals in the Yeah Yeah Yeahs’ indie rock anthems. The ukulele and guitar covers of pop songs in the early years of YouTube. Fort Minor’s angsty beats. Far East Movement’s viral EDM hits. Hearing songs from these Asian American musicians instantly brings me back to another time. But while K-pop continues to rise in global popularity and Asian Americans get more of the spotlight in film and TV, Asian musicians don’t seem to be getting the same attention as they did in previous eras. So it was a proud moment when Olivia Rodrigo, Bruno Mars, and BTS found themselves on the top of the Billboard charts at the same time last spring. Nonetheless, they represent only one genre (pop), and although BTS is Asian, they are not Asian American.

With so few Asian Americans in mainstream music, the appearance of one always inspires me to seek out more like them. Streaming services have essentially replaced the radio, which means that it’s harder for musicians to stand out — but it also means that musicians are using more creative ways to get their music known. Here are a few emerging musicians in different genres that you might come across on TikTok. Supporting them is as easy as giving them a listen on the streaming service of your choice, or using one of their songs as the background music in your next reel.

If you’re a fan of The Bird and The Bee or Matt and Kim, or just find indie pop duos cool, add Lil Idli to your list. Ranjani and Deepak are scientists by day, an experimental pop duo by night. Drawing on their science backgrounds, they make songs about the environment and genetic memory. Given that indie pop is such a white-dominated genre, the Indian American husband-wife duo decided to go about it their own way. They shot the music video for their single “Little Girl” on a Samsung Galaxy and donated 100 percent of their Bandcamp proceeds to COVID-19 relief in India. Check out the Chicago-based pair if indie pop is your thing!

Imagine Lo-fi mixes or “beats to study to,” but a little more energetic, and that’s Qrion. The Japanese electronic producer now based in San Francisco makes ambient music that mixes EDM with memory and retrospection, with a measure of piano now and then. The EDM genre is one where Asian American musicians have been carving out a niche for themselves, especially on SoundCloud.

Check out Qrion as well as artists TOKiMONSTA and Yaeji. Yaeji’s deep house mixes are like an experimental art show in audio form. TOKiMONSTA will be playing her sets at Coachella this year.

So you’ve heard the remixes and seen the dance challenges, and if you’re a part of any fandom, you know that there are talented fans out there who not only match the energy of their favorite artists, but also bring their own personality to the covers. Amanda Sze, “the saxophone girl” with 1.3 million followers on TikTok, is one that stands out. The 19-year-old musician plays anime theme songs and K-pop hits with her saxophone and sometimes even other instruments. Everything sounds groovier on the alto sax.

Sad girl anthems come in many forms, from Mitski’s and Japanese Breakfast’s indie rock ballads to Olivia Rodrigo’s pop songs. Hana Vu, the Los Angeles-based singer-songwriter, takes a DIY direction with hers. The soloist’s album “Public Storage” uses the concept of storage units as a metaphor for her life as a Vietnamese American womxn. Vu’s EPs and album sound like a NPR Tiny Desk concert produced right in her bedroom.

The Korean American composer, producer, and pianist puts her own twist on pop songs. She’s played for hip-hop artists like Nas and Cardi B at the Grammys, and collaborated with Tiffany Young and Celine Dion. On Instagram, Chloe Flower puts on dynamic performances at home, playing Beethoven sonatas and Lizzo covers with equal measures of flair on her bedazzled piano. Playing piano never looked so glamorous.