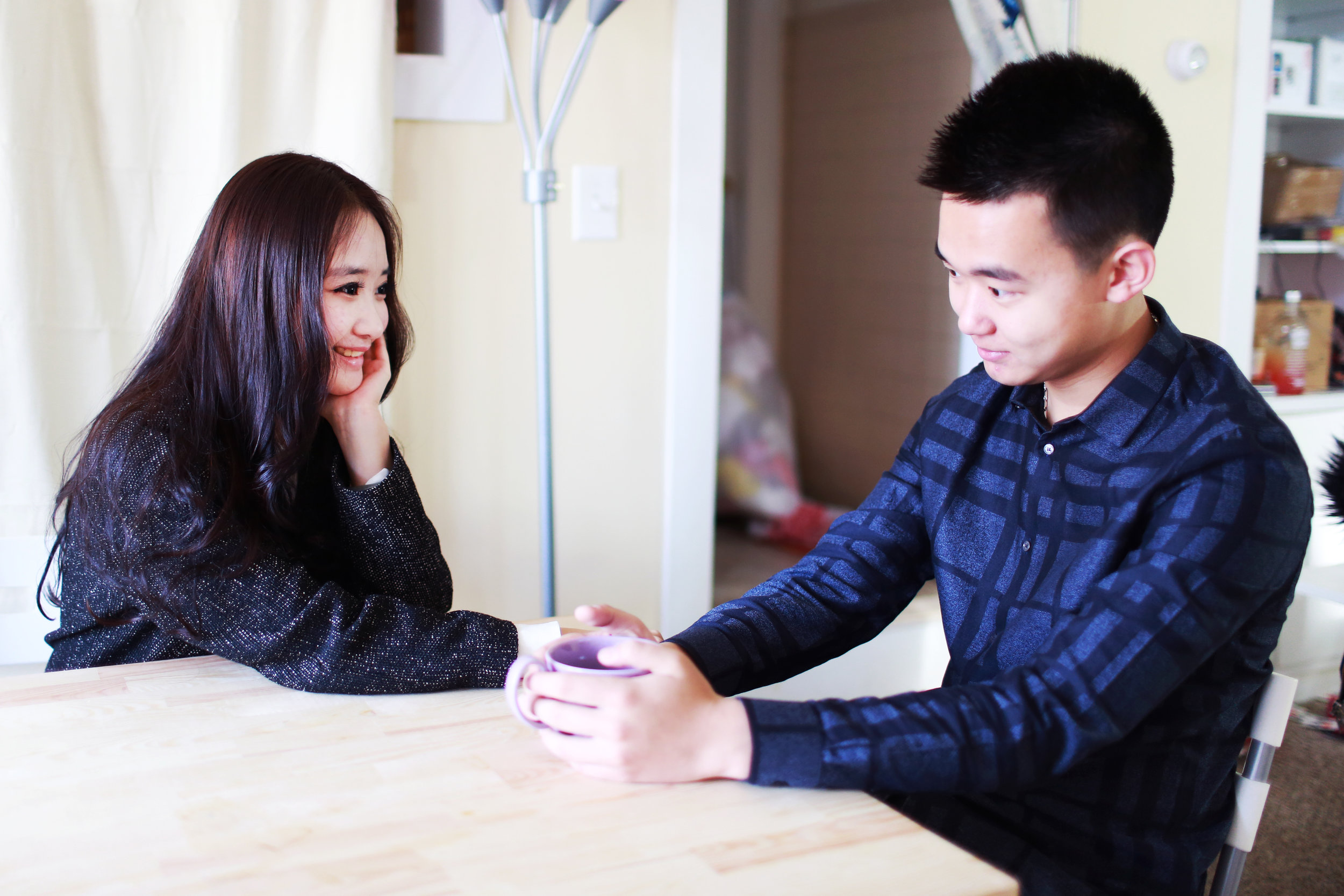 We had such great response to our last relationship issue that we decided to start a regular advice column on all things love, romance, college-related, and more. Send us your questions at mochimagazine@gmail.com, we’d love to hear from you. This first column will focus solely on relationship issues—moving too quickly, bad hygiene habits, and dealing with shy guys, but we’re help to help for anything that’s on your mind.

My boyfriend moves a little faster than I do, and I would just like to take things slow. We have only been dating for two months, but sometimes I notice he looks a little “hopeless” when I reject him, and then I almost feel guilty… what to do, Mochi?

Every relationship will test your boundaries, but a good partner will respect your feelings and what you’re comfortable with. You should never feel guilty about turning down advances that make you ununcomfortable, so continue to hold your ground. Make sure you directly express that you feel like he’s taking things too far too quickly, being clear that you’re not playing hard to get and that your resistance is not flirtation. He needs to understand that no means no and that you’re in control of your own body.

You should also call him out on his “hopeless” face and let him know that he shouldn’t be trying to make you feel like you’re disappointing him. It’s possible that he isn’t aware of how that expression makes you feel. Either way, remind him that guilt-tripping someone isn’t respecting how they feel.

As time progresses, you might question how far you actually want to go, but when it comes down to it, trust your gut. More importantly, if he doesn’t get the above concepts, then you should end the relationship before things escalate.

And if you ever find yourself in a situation where you feel hurt, pressured, or confused, most universities offer on-campus sexual assault response and prevention centers where you can talk to professionals for support. You can also check out rainn.org, a good resource information on staying safe that offers 24/7 national and online hotlines.

Help! My boyfriend has the worst habits. He farts and burps all the time, with no shame. He also never brushes his teeth, and often forgets to shower. He also does laundry only once a month—his room is a mess! I’m sorry to say it, but he’s just a really smelly and dirty guy. I never noticed this problem when we first started going out, but now it’s starting to really annoy (and disgust) me! What should I do?

If you haven’t already, you need to speak to your boyfriend about this. It’s unlikely for him to change his habits on his own, but it seems unlikely for your annoyance to go away without any change as well.

The best thing to do in this scenario may be to just be direct. He might feel upset and defensive, but simply let him know that you care about his well-being and personal health. Emphasize that open communication is key to a successful relationship, so you wanted to voice your concerns and hope that he can listen to what you’re saying.

In the end, it’s his responsibility to take care of his hygiene, not yours. You are, however, responsible for re-evaluating the situation if the problem persists. The average person farts 14 times and burps 5 to 10 times a day, so it may just be unfortunate that you’re there for too many of them. But if your boyfriend just doesn’t seem to care about habits like brushing his teeth or showering, there’s nothing you can do about it. In that case, because you should be with someone who doesn’t disgust or annoy you, you’d be better off with someone more mature.

I recently got out of a relationship. My ex and I both thought our relationship was not moving forward, but was instead turning more into a friendship. I think one factor that played a part in this was him being a person who keeps a lot to himself. I like to respect the space of an individual, so how do I get an introverted guy to open up to me?

Sometimes, getting a shy guy to open up to you is as simple as opening up yourself. Share your experiences or thoughts on a subject , and, if he doesn’t immediately respond, directly ask if he has similar (or opposing!) stories or opinions. Just be sure that you’re not using an aggressive tone or calling him out on being shy—he probably is already aware of that, and pointing his shyness out will lead to embarrassment that would further discourage sharing.

You can also introduce opportunities for him to open up indirectly. Next time you are both watching a movie, for example, ask him what he thinks of a character’s motivation. Discussing fictional characters may feel less risky than discussing his own personal perspectives, and you may be surprised to discover his own insight through his interpretation of these characters.

The important thing is to recognize and accept a shy guy for who he is—be encouraging and responsive to each small effort, but know that you may not be able to change someone who is simply not ready to change.